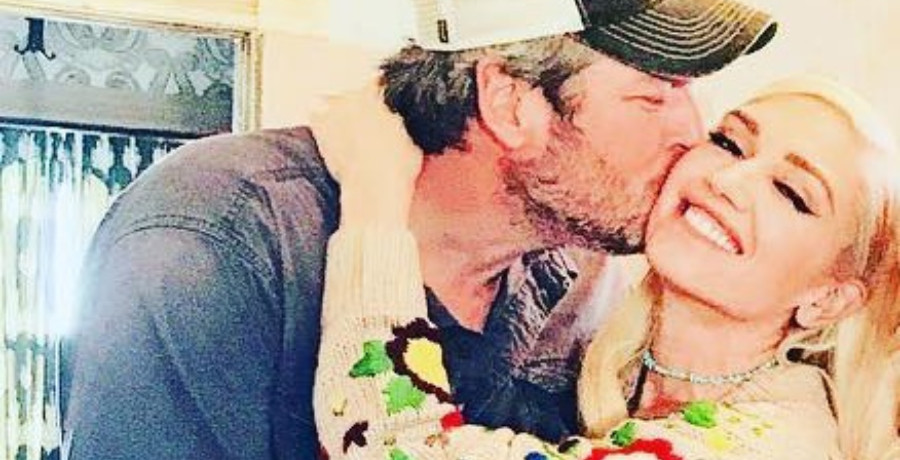 The couple that sings together, stays together. Gwen Stefani and Blake Shelton celebrated their two-week anniversary in a big way. On Saturday, July 3, the two tied the knot in a private ceremony at his ranch in Tishomingo, Oklahoma. They were surrounded by close friends and family members.

Since then, Blake and Gwen have been celebrating their honeymoon period with a few surprises up their sleeve. They performed for fans at Blake’s Ole Red restaurant in Tishomingo. They also popped up at a recent music festival, where they shared a steamy kiss on stage. The newlyweds continued their PDA tour as they celebrated their recent milestone.

Blake Shelton and Gwen Stefani had another surprise performance

On the heels of their wedding, Gwen Stefani and Blake Shelton celebrated their two-week wedding anniversary in a big way. The 45-year-old country star and the 51-year-old singer had a surprise performance at the Country Thunder Music Festival in Twin Lakes, Wisconsin. On Sunday, July 18, Blake surprised his fans with a special performance. He brought out his wife, Gwen Stefani, who now wants to be known as Gwen Shelton.

The two performed their duets, “Happy Anywhere” and “Nobody But You.” They also performed a rendition of No Doubt’s hit song “Don’t Speak.” The two shared a steamy kiss on stage in front of everyone to see. Blake couldn’t help but gush over his pop star wife.

“That’s my wife and best friend, Gwen Stefani everybody,” Blake said as she walked onto the stage.

“Gwen Shelton, everybody,” he said before the pair kissed and the crowd erupted into cheers.

Yes, still watching this on repeat! You have the sweetest love @gwenstefani and @blakeshelton pic.twitter.com/gq0LqAoEcO

The two just tied the knot in Oklahoma. It was the same place where Blake popped the question and where they also quarantined together alongside Gwen’s three sons. The two dated for six years after meeting on the set of The Voice. Carson Daly officiated the ceremony which took place in front of their friends and family.

Gwen Stefani can’t help but still gush over their wedding on social media. On Sunday, July 18, the “Let Me Reintroduce Myself” singer took to Instagram to mark the two-week anniversary of their wedding. She shared a black-and-white photo of the two walking into a stone chapel. “Happy 2 week anniversary,” Gwen captioned the post with the heart emoji.

Fans gushed over Gwen’s post. Most of them took to the comments section to congratulate the couple. They were ecstatic to see them finally happy together. It was a long time coming since Gwen had to have her previous marriage to Gavin Rossdale annulled by the Catholic Church.

“this incredible song that captures exactly how I feel about Gwen, and I can connect with every lyric”

“It is about lasting love, and it truly is our song” 🤧

@ God please continue to protect the SHELTONS @blakeshelton and @gwenstefani and protect their love and happiness 🙏 pic.twitter.com/aGjgZktD4V

Gwen wore a custom-made Vera Wang gown. Her veil was embroidered with their names and those of her sons Kingston, Zuma, and Apollo. Blake and Gwen wrote their own vows, with the “Minimum Wage” singer turning his into an original song for his wife. Gwen changed into another Vera Wang dress at the reception, which also paid homage to their family.

Jimmie Allen Puts The APB Out On ‘On My Way’ With Jennifer Lopez
Maren Morris’ Tour Bus Is Far From Humble
Carrie Underwood Hearkens Back To Signature Style On New Tune
Miranda Lambert Voted One Of Most Influential People 2022
Keith Urban Relies On Marital Devotion For Sobriety?