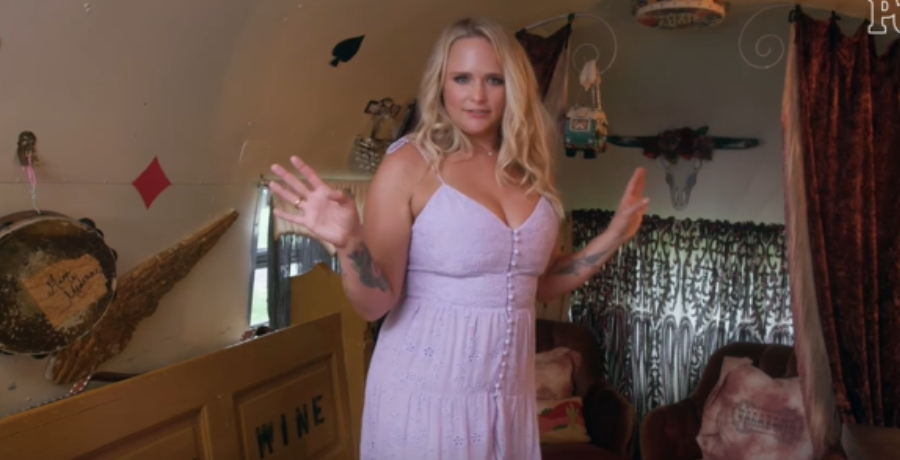 Miranda Lambert played hardball. The country singer took on her Moab off-road. She shared an update on her Western adventure on Instagram. She’s currently on a trip with her husband Brendan McLoughlin and their friends.

Ironically enough, hitting the road is the best way for her to wind down after touring the road. Miranda can’t get enough of traveling. Country music’s bad girl did wheelies in the desert sand. Read on to learn more about her trip and check out the clip for yourself.

As Country Music Alley previously reported, Miranda Lambert shared the details of her Western adventure vacation. She kicked off the Fourth of July by embarking on a road trip with her hot hubby and their pals.

On Tuesday, July 5, Miranda posted a carousel of photos that showed them hitting the road and having a good time. She revealed that she loves being on the road and doesn’t have intentions of slowing down this summer.

“Time off touring means it’s time to hit the dusty trail!” Miranda Lambert wrote in her Instagram post. “There is no better way to spend summer than glamping with your best pals.”

Time off touring means it’s time to hit the dusty trail! There’s no better way to spend summer than glamping with your best pals. We’re out on a 20 day run of adventures out west. We kicked it off in beautiful Colorado. Stay tuned for more tales from the road. Happy trails y’all! pic.twitter.com/AytwfdjLLJ

They embarked on their “20-day run of adventures.” The “If I Was a Cowboy” singer teased fans that she would share more soon. They started things in Colorado with more stops on the way. She couldn’t wait for this latest adventure.

This trip is well-deserved . Miranda just released her new album Palomino and her home collection with Walmart. She was also named one of Time Magazine’s innovators of the year. Miranda built up an illustrious career inside and outside the country music industry. She became a household name.

Miranda also road off-road in an epic Moab that features black and gold colors. She included a clip of her bumpy ride at the end.

“Magical Moab! 🧡” Miranda Lambert simply captioned the post, which you can view here.

Fans took to the comment section to share their thoughts. One user wrote, “We loved exploring Arches! It’s a great National Park! ❤️” while another added, “she calls it her pursuit of happiness. 💅” They agreed that she looks her happiest when she’s out on the road. A third user noted that “all the hard work has paid off.”

She made it look easy. But it’s probably a lot of work if you’re not used to off-road driving. What are your thoughts on Miranda Lambert’s Western adventure? What are your summer plans? Sound off below in the comment section.