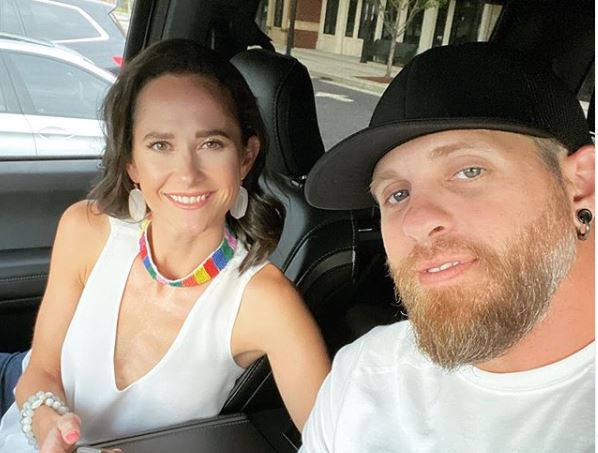 Brantley Gilbert loves blowing things up. The country artist is now admitting that he likes the best fireworks, even the ones that are illegal. Taste of Country shared what Brantley had to say to Taste of Country Nights before he performed on A Capitol Fourth on Saturday.

Brantley made it pretty clear that it is about getting the best of the best for him. If there is an amazing firework out there, he wants it for the 4th of July. Here is what he had to say.

“I didn’t know if there were illegal fireworks that we weren’t supposed to have, and if there were, I wanted some of those. I’ve been accused of going a little overboard from time to time.”

Brantley Gilbert and his friend Steve were the ones in charge of setting these off. Sadly things didn’t go as planned for these two. He shared saying, “One of the fireworks went off, the mortar shot and they all bounced kinda, and one turned over and faced directly at us and shot him in the stomach. And we got it on video.” They even got a video of it, but due to all of the cussing, he decided not to share it. Brantley said, “it is the most amazing piece of footage I think I ever acquired.”

Brantley’s performance on the show

Country Now shared about his great performance on the show. He did his song “Hard Days” and it was filmed in Nashville. This special was even broadcast to troops everywhere. That is a great break for them since they aren’t getting any concerts right now. The song “Hard Days” is about making sure to remember the good with the bad.

Brantley even has a section of his house that is dedicated to the troops. This is called Dog House. He shared some details.

“The bar itself is actually a shadow box with all the medals and patches men and women have given me through the years. You don’t know what to do with them, because I didn’t earn them. But I wanted to have a place where I could keep them … and people could look at ’em, ask questions and start conversations.”

Brantley Gilbert hasn’t been out touring. With COVID-19, a lot of artists are canceling their concerts. Chase Rice went ahead and had one, but he received a lot of backlash for doing it.

Are you surprised by what Brantley Gilbert admitting to getting the illegal fireworks? Share your thoughts in the comments below.

Blake Shelton Headlines 2 Major Events, See What
Jimmie Allen Puts The APB Out On ‘On My Way’ With Jennifer Lopez
Keith Urban Relies On Marital Devotion For Sobriety?
Kelly Clarkson Listens To Fans & Delivers — Here’s How
Carrie Underwood Hearkens Back To Signature Style On New Tune