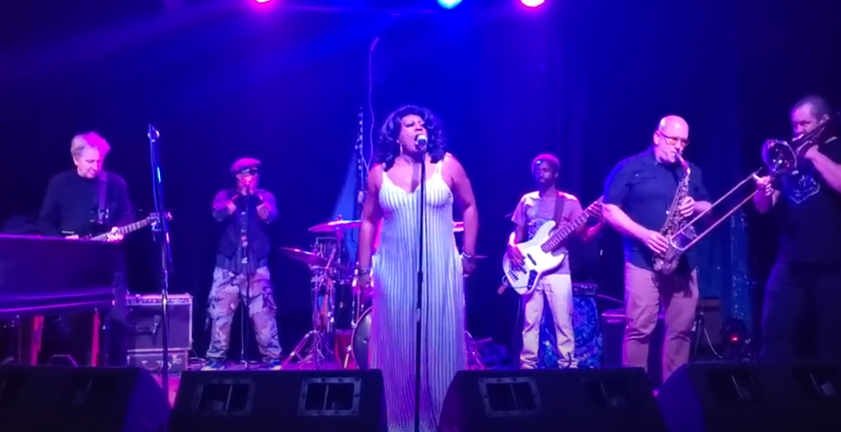 In June, Lady Antebellum announced that they would be shortening their moniker to simply, “Lady A.” According to an Instagram post, they decided to go through with the change after much discussion and the ever-evolving conversation around race relations. However, there was a little problem with that. The name already belonged to the blues singer, Anita White. According to the band, they tried to explore every possible avenue with White. This included sharing the name and collaborating on songs. However, Anita is singing a different tune.

“They want to change the narrative by minimizing my voice, by belittling me and by not telling the entire truth,” Anita White told Rolling Stone. “I don’t think of myself as a victim, but I’ve worked too long and too hard to just walk away and say I’ll share the name with them. They want to appropriate something I used for decades. Just because I don’t have 40 million fans or $40 million, that should not matter.”

Lady Antebellum says talks ceased when White demanded $10 million for the rights to her name. They denied the request, saying that is was “an exorbitant monetary demand.”

However, Anita White never planned to keep all the money for herself. In the interview with Rolling Stone, she says she planned to split the money. She planned to save half for charities such as Black Lives Matter. The remaining $5 million she would use to rebrand her image. After using the name “Lady A” for decades, it would take a significant amount of money to completely rebrand and start over with a new name.

As for Lady Antebellum’s new image, Anita White isn’t buying it. “They claim to be allies and that they wanted to change their name out of the racist connotation, and then they sue a black woman for the new name,” she says in the Rolling Stone interview. “They wanted me to make them look good in the eyes of the public.”

Anita says an ideal situation would be for Lady Antebellum to change their name altogether. After all, does it really change the meaning of the name if they only abbreviate to “Lady A?” After hearing both sides of the issue, who do you believe is in the right? Let us know in the comments. As always, make sure to check back in with Country Music Alley for more news and updates.

Keith Urban Relies On Marital Devotion For Sobriety?
Maren Morris’ Tour Bus Is Far From Humble
Jimmie Allen Puts The APB Out On ‘On My Way’ With Jennifer Lopez
Miranda Lambert Voted One Of Most Influential People 2022
Kelly Clarkson Listens To Fans & Delivers — Here’s How