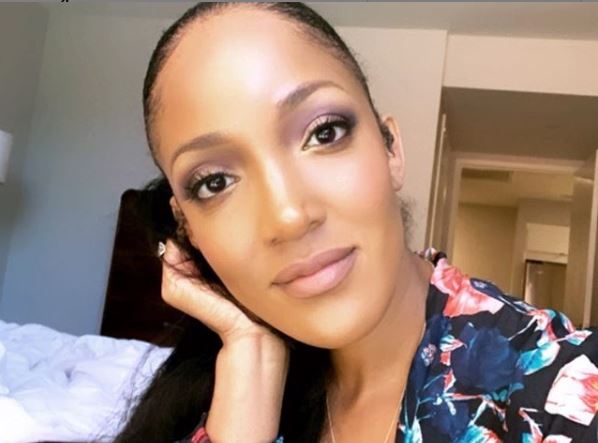 Country music songstress Mickey Guyton understands the hurts and joys of life in a deeper way than most artists.  Her first breakout song in 2017 was “Better Than You Left Me” and every word of the heart-wrenching ballad came from the heart.   Mickey Guyton turned her devastating breakup into a song of overcoming tremendous pain.  The song became an anthem of healing that not only put the country star on radio playlists across the map, it also proved her talent for crafting unforgettable songs.

A few months ago, Mickey Guyton performed “What Are You Gonna Tell Her?” on the hallowed stage at the Ryman Auditorium, known as the Mother Chuch of country music.  It’s not surprising that she garnered a warm reception.   She had a catalog of hits by then, including “Heartbreak Song,” “Unbreakable,”  and  “Pretty Little Mustang.”  Another Mickey Guyton favorite of her fans is “Nice Things.”  The song compares a ne’er-do-well love to the well-known southern saying, “Mama always said you can’t have nice things.”

As it turns out, Mickey Guyton got the nicest news any woman can get in her announcement reported by CMT on August 25.  Mickey shared the news that she and her husband, Grant Savoy, are going to be parents soon.  No expectant mama could feel more blessed and overjoyed than this one, and her flood of gratitude could be felt in every word of social media post.

Sharing the images of their little one already in a binder, Mickey Guyton, gushes that “Even in times of darkness, like the ones we as a society find ourselves in today, God always finds a way to shine His light on the beautiful side of life, like the miracle of life itself.”

Even in times of darkness, like the ones we as a society find ourselves in today, God always finds a way to shine His light on the beautiful side of life, like the miracle of life itself. I’m so excited to announce that I’m having a baby! My life completely changed in an instant. Literally nothing else matters. I’m so excited and terrified all at the same time. I have no idea what I am doing but am so thankful that God chose me to be this baby’s mom 😭👶🏽🤰🏾

No one can say that Mickey Guyton is not a courageous woman. She put her pen to paper just two months ago and wrote the verses to “Black Like Me” in the wake of the George Floyd killing.  Simply her presence as a strong black woman in the realm of country music is a rare phenomenon, much less to write this chorus:

Guyton’s growing-years were in a small Texas town, and her song relates how “nothing has changed” from her father’s quest to “live that good life” for his family, which was “an old house and a used car.” Her dad simple dreams always meant his effort had to be twice as hard for a person of color.  The disparity of simply living has been exemplified once more in another police shooting in Oshkosh, Wisconsin.  The victim in that instance was not killed, but his life is forever changed by becoming paralyzed.   There are more lessons to be learned to obtain law and order without escalation.

If genuine and tested love is any measure of preparedness for parenthood, Mickey Guyton and Grant Savoy pass with flying colors.  In a candid shot from their June wedding in 2017, both the bride and groom gaze lovingly into each other’s eyes.  The memory is shared on the couple’s first anniversary, and their love seems only to have become stronger.

The bride’s words describe how “we love, we fight.  When it’s tough, we cry. We slam doors.” She continues by saying that marriage isn’t easy or pretty, but love is a choice—a hard one.  She affirms that “finding someone to love you through it all is one of the most beautiful things you can ever experience.”  She also writes that she was “broken” when Grant came into her life.

“He put me on a pedestal that I didn’t think I deserved and showed me I was worth it,” Mickey Guyton praises Grant. “He gives me the courage to be the human and the artist that I was always meant to be.”

We love. We fight. When it’s tough we cry. We slam doors. There are times when we think we can’t do this anymore. But we choose. We choose to love each other through it all each and everyday. Marriage isn’t easy and it sure as hell ain’t pretty. But finding someone to love you through all the bull sh*t is one of the most beautiful things you can ever experience. When this man walked into my life I was broken. I put him through hell because I was so hurt. But he persisted and loved me through all of my imperfections and transgressions. He put me on a pedestal that I didn’t think I deserved and showed me I was worth it. He now gives me the courage to be the human and artist that I was always meant to be. It is unrealistic to think that you will find a perfect love. It doesn’t exist. But I only hope for everyone to find someone that will stick by you through the good but more importantly through the bad. Happy anniversary bumblebee!

All of the painful partings that Mickey Guyton endured seem abundantly worth it.  They brought her to her devoted husband for forever love.  Four years ago, Mickey thought meeting Dolly Parton was her crowning moment.  In reality, it was meeting Grant Savoy at the altar.

Now, the family circle is expanding, and mama insists that “My life completely changed in an instant.”  The feeling is the same for every parent.  These parents are ready to greet their child with overwhelming love, and that is the essential ingredient.

Being a country music star doesn’t change the expectant mother worries for Mickey Guyton.  She details feeling “excited and terrified” at the same time.  Every mom has the same anxiety.  No delivery is the same and no newborn comes with instructions.  Every child is different and every mom comes to learn the meaning of each individual cry.

The mom-to-be shares the same sense of “I have no idea what I am doing,” as she writes.  “But I’m thankful to God that God chose me to be this baby’s mama.” Mickey Guyton adds emojis for love, tears, and fears.

Faith and love are never in short supply for these parents, and those ingredients will pull Mickey Guyton and her loving husband through thousands of sleepless nights and sublime moments of raising children.

Kelly Clarkson Listens To Fans & Delivers — Here’s How
Carrie Underwood Hearkens Back To Signature Style On New Tune
Keith Urban Relies On Marital Devotion For Sobriety?
Jimmie Allen Puts The APB Out On ‘On My Way’ With Jennifer Lopez
Blake Shelton Headlines 2 Major Events, See What