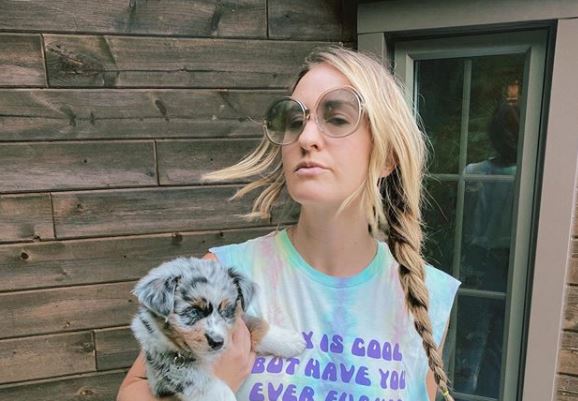 For her many passionately-devoted fans, Margo Price creates the songs that stay forever in their souls.  Her 2016 breakout debut album, “Midwest Farmer’s Daughter,” instantly became career-defining for the 37-year-old Illinois native.  Yes, it was easy to look at the country music songstress and see a vision of the young Loretta Lynn.

The long skirts over well-worn boots weren’t the only thing similar between Margo Price and the legendary icon.  Much like Loretta, Price put forth her unique perspective on life and truth as a woman, and she is never afraid to tell it like it is.   She followed-up her landmark first album with “All American Made” in 2017, considered by many critics as one of the best albums of the decade.  Margo Price put words to the plight of virtually every working woman in her song, “Pay Gap,” and she went daringly political in the title track.

Margo Price garnered a Grammy nomination in 2019 as Best New Country Artist.  The year 2020 had stages calling and plans were set to release her third album, ”That’s How Rumors Get Started” to release in the spring.  Every plan for the future in 2020 was abruptly altered for the Price family and every other family across the world under the coronavirus outbreak.  The impact became personal for the singer-songwriter, and the album release was postponed until July.

The songs from “That’s How Rumors Get Started” are already becoming fan-favorites through these unique times.  In a reflective interview with the UK’s NME on August 28, Margo Price mused over the songs that were pivotal through her life.

Margo Price recalls the Statler Brothers’ classic, “Flowers on the Wall” as the first song she ever heard.  The fact that the dark and morose lyrics mention Captain Kangaroo might have something to do with why Margo thought it was a children’s song.  Her mother quickly put her daughter straight, saying “You shouldn’t sing that song. It’s not for kids!” when she caught her daughter singing the chorus. It certainly is a master class in four-part harmony.

“Be My Baby” completely entranced Margo Price when she heard it in Dirty Dancing,  and instantly sparked a girl crush for Ronnie Spector.  “She’s the original bad girl of rock ‘n roll,” credits Price.  Sometimes, a lady has to be a little bit on the bad side to show how good she is.

The memory of purchasing Jewel’s “Pieces of You” remains vividly fresh in the mind of Margo Price.  She calls the album completely different from everything that she was hearing at the time.  The fact that a female artist went from barely surviving and living in her car to making an album stood out in the mind of the avid listener.

Fond memories of her father flood back for Margo Price whenever she hears “Green River” by Creedence Clearwater Revival.  Her dad was a “massive” fan, so every listen is a journey home.

The good feelings don’t last whenever the Grateful Dead’s “Touch of Grey” crosses Margo Price’s playlist.  “Just the thought of it makes me nauseated,” insists the artist.  Memories of a former boyfriend dredge up from the DeadHead classic.  She says it may take “a couple more decades” before she can come back to it.

Margo credits Swamp Dogg and their “Family Pain” song with being the most infectious ear bug.  The 2020 tune makes a very needed statement on the epidemic of drugs in America, but it also has very addictive fiddle over the hip-hop grooves.  Mom Margo Price says that anytime she hears it, her one-year-old, Ramona, jumps up to dance.

The music that goes the distance for Margo Price

Margo Price misses her karaoke nights at a place called Fran’s in Nashville, but she knows exactly what song she loves to sing.  “Kiss” by Prince tops the list, as this country queen recalls a memorable night with Alabama Shakes’ guitarist/singer Brittney Howard.  “Let me tell you, she brought down the house,” raves Price.  Fans can only hope that one day this memory will be a Margo Price song.

Margo has to get in line behind a lot of other songwriters in wishing that she had been the one to write “Like a Rolling Stone.” The ballad is perfection in timing, verse, and emotion.  It became Price’s travel music when she was new to Nashville and trying to crack into a career.  The timeless Bob Dylan ode keeps inspiring youthful artist in the same way again, and again.

Carole King’s “Tapestry” album has called Margo Price during the quarantine. The 1971 album that every person couldn’t stop playing was the one that Margo craved because it was “meaningful and still as some happiness in it.”  The need is understandable, considering that Price and her husband, guitarist Jeremy Ivey, took the lessons of lockdown to the most dramatic level.  Jeremy was stricken with COVID-19, and more weak and frail than his wife and family had ever seen him, as Margo described for “Saturday Sessions.” Fortunately, Jeremy is fully recovered and Margo has just released “her remixed interpretation of I’d Die For You” as her own message of hope.    The sweeping video has the cinematic quality to match the song’s meaning. Price calls King’s seminal collection her “desert island” pick.

Music for the last journey

Finally, Margo Price was asked about which song she would like to be played at her funeral.  Her choice was Leonard Cohen’s “Partisan” with the mournful tones of the composer juxtaposed against the angelic choir.  Margo described how “the most difficult song decisions I had to make was at my son’s wake.” Jeremy and Margo lost their son, Ezra, in 2010, just two weeks after birth to a congenital heart defect.  They have a nine-year-old son, Judah.  A friend sang The Band’s “Tears of Rage” at those services, along with “Strangers” by the Kinks. “Those are two really great funeral songs if there is such a thing,” the mother says.

As always, Margo Price carries on with life and music, and always tells it true.