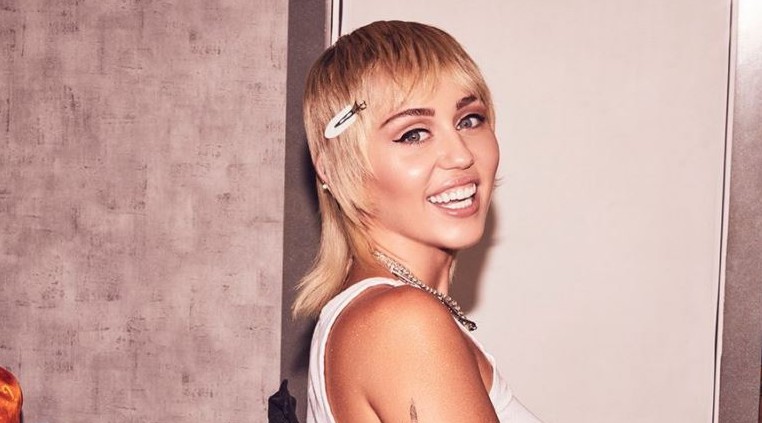 Miley Cyrus grew up adored by millions of tweens and teens. She gained fame from her portrayal of Miley Stewart and Hannah Montana in the runaway hit on the Disney Channel. For certain, being a major cog in the Disney machine has its perks. Miley Cyrus skyrocketed to become her own entertainment mega-force through the years.  At the same time, the pace of her commitments and contractual obligations left little time for the singer-songwriter, actress, and activist to explore her true identity.

Some fans were thrilled when Miley courageously set herself apart from her sitcom identity. Others couldn’t accept that the same girl who offered the inspiring anthem “The Climb” branched out into experimental, alternative rock with her 2015 album, “Miley Cyrus & Her Dead Petz.” Not to worry, Cyrus remains a devout animal lover and still has her menagerie of pets, including pigs.  What also remains true is that Miley is a sensational singer and songwriter. And, her mentor through all her personal and career changes is her remarkable godmother, Dolly Parton. Dolly has done more than teach Miley the ropes in show business. She leads by example when it comes to loving people and constantly showering kindness.

Dolly Parton is far beyond any hero to Miley Cyrus

Miley insisted that her godmother breaks the mantra of not meeting your heroes (for fear of disappointment). Instead, she surpasses every imaginable expectation in real-life, as Yahoo reported via a “Today” feature.   The feature captured Cyrus’ guest appearance on The Tonight Show with Jimmy Fallon.

Miley Cyrus has been under the loving and watchful eye of Dolly Parton since she was born. And she gushes that the country music queen is “even better” than her fans imagine, and not just while she’s doing her job.  Her grace extends to “every single person on set, in a crowd, going to the grocery store, from the bottom to the top, she just…” the goddaughter becomes speechless with love.

Dolly does more than leave her admirers with a lifetime memory and a hand they never want to wash because of her touch. No matter the setting or occasion, Parton always has a supply of “Dolly hats,” and Miley Cyrus never fails to be astonished. She asks herself, “How many of these Dolly hats does she have?” Obviously, just enough– forget how many.

I will always LOVE YOU @dollyparton Your beauty is beyond compare!

A teenage memory Miley Cyrus will always treasure with Dolly

During, her Hannah Montana days, Miley Cyrus recalled her godmother’s entrance for a table read.  Being a typical 15-year-old, Miley remembers how “I had zit cream all over my face,” and she was wearing pajamas and toting a backpack like her castmates. Dolly Parton floated in wearing a pink silk robe and working to get her billowy blonde hair through the door.

Miley savors the remembrance and the many cast members and crew asking, “Is she really your aunt?” (as Parton played in the role).  “Yes, she is,” Cyrus affirmed in the “proud moment” of owning her country music royalty connection as beloved family.

Both Miley Cyrus and Dolly Parton are favorite guests of Jimmy Fallon.  As Christmas cheer would have it, Jimmy Fallon and Miley Cyrus are featured on Dolly’s upcoming Christmas album, “A Holly Dolly Christmas.” It is set for release on October 2.  Dolly is known for doing things the old-fashioned way, like releasing real albums, not just digital streams, the country legend has to make the most of every minute.

Parton cautioned her granddaughter to complete her song contribution as soon as possible. She reminded Miley, “Honey, I gotta print the album. I needed it yesterday. Hence, the dutiful Cyrus was singing her Christmas carol from the kitchen in the middle of July. For their collaboration on “Rainbowland” from Miley Cyrus’ 2017 album, “Younger Now,” the goddaughter included a precious piece of a phone conversation. In the talk, Dolly tells Miley that she’ll be recording her part “on a cassette.”  She realizes that most artists of this generation don’t even know what that word means.  She ends with a tease that “I’ve got a flip phone, too.”

No matter how many decades span between them, or the changes in recording techniques, the bond between Dolly Parton and Miley Cyrus is unbreakable. Miley teased that her performance of “Maneater,” the hit by Hall & Oates, was dedicated to her “future ex-husband.” Billboard was so impressed that they started a poll, asking fans what cover Cyrus should tackle next.  She may still be a little young to contemplate 54 years of marriage, like her godmother and Carl Dean have shared. When Miley does need someone to lean on, she knows exactly who to find.  It’s what’s on the inside of Dolly Parton that keeps her creating and caring about people. “She’s lasted,” praises Cyrus. “Her career has been so lasting and incredible, but she’s just the best living angel on earth.”

Miley should know.  Dolly showered her with love and divine inspiration for a long time.