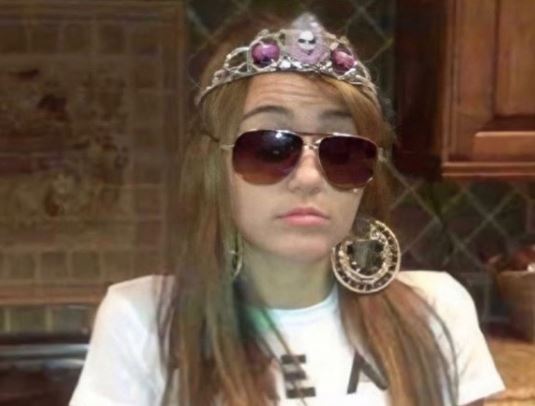 Miley Cyrus fans have new music to be happy about from their favorite singer-songwriter, and lots of reading to catch up on, too.   It’s been three years since the multitalented Miley released her “Younger Now” album. She’s done a lot of growing and learning in that time.

Surprises are a Miley Cyrus specialty, and on August 13, the video for “Midnight Sky” dropped and fans devoured it.   Not only did the visual accompaniment for the music already draw over 13 million views, it also marks the directorial debut for the artist, as she notes with “Directed by MC” in the opening seconds.

The music and fashion superstar makes a bold statement for independence in the chorus of her new song, and in a story from “Today” via Sirius XM Hits 1’s “The Morning Mash Up” on August 14, Miley makes it clear that she’s maintaining family ties but has no plans to move motherhood or marriage to a top of her “To Do” list.

The verses, the mood, and the music of “Malibu” painted Miley Cyrus under sun-drenched skies, completely in love and savoring the sweet simplicity of warm sand, balloons in the wind, and beloved pets.  The perfect summer anthem continually repeats “here I am, next to you in Malibu.”

The rekindled love between Miley Cyrus and Liam Hemsworth looked to have a lasting fire at the time.  The co-stars, who met while making “The Last Song” in 2009, wed in 2018, but parted only eight months later.  In “Midnight Sky,” Miley is back in black and studded rhinestones.  She belts out a chorus that begins “I was born to run/I don’t belong to anyone.”

Australian pop star Cody Simpson had been keeping company with Miley since last October.  Reportedly, the two were strong mutual support for one another in sobriety and the times of quarantine, but E News confirmed their break-up on August 13.  Miley Cyrus often speaks openly about her relationships with men and women.  The first attraction that she recalls was to Minnie Mouse.

Motherhood may not happen for Miley Cyrus

In answer to the question of whether she wants children, Miley Cyrus responds, “but like, I don’t.”  Just because it seems like the resilient girl who personified “Hannah Montana” has been around for eons, she hasn’t.  At 27, she reflects that she craves “a little bit more of a realistic idea” about life as a whole and not just bearing children.  “That has never been kind of my priority,” she states.  She grows frustrated with the persistent probing that women are expected to have children, while men never experience the same social intrusion.

When and if children do become a serious consideration for Miley Cyrus and a partner, the songstress loves the idea of adoption.  Cyrus has long been an outspoken advocate for the environment and betterment of humankind, and adoption serves that purpose, to her thinking,

No matter how independent she becomes as her own woman, Miley Cyrus never forsakes her family roots.   She got a big surprise from her dad, Billy Ray Cyrus when she thought he would be a little blue by now from the quarantine.

“I didn’t see my mom and dad for the longest time I’ve ever not seen them,” stresses the daughter.  When she called to check in with some comfort,  she was quite surprised that Billy Ray was “used to it” because social-distancing had been his lifestyle since the 90s. The rural Tennessee homestead is a prime example.  “He’s been trying to tell people to keep their distance for a long time,” teases Miley. She dedicated the song “Inspired” to her father, describing many of their memories together through her childhood.

Miley Cyrus maintains close contact with her godmother, Dolly Parton, also.  Along with singing together on many of Dolly’s timeless songs, the kindred ladies recorded “Rainbowland” together for Miley’s last album.  The most important lesson Dolly gave Miley Was her example of always treating people with kindness. She does this no matter who they are.  From janitors to corporate presidents, Dolly Parton always takes time for gratitude and attention.

“Where we’re free to be exactly who we are,” echoes a lyric in “Rainbowland.”  Miley Cyrus is surely proud that her godmother is still leading by example.   Dolly declared her support for Black Lives Matter recently, as Country Music Alley noted.  Miley is still refining her own life, and how it matters.

Carrie Underwood Hearkens Back To Signature Style On New Tune
Kelly Clarkson Listens To Fans & Delivers — Here’s How
Keith Urban Relies On Marital Devotion For Sobriety?
Jimmie Allen Puts The APB Out On ‘On My Way’ With Jennifer Lopez
Blake Shelton Headlines 2 Major Events, See What