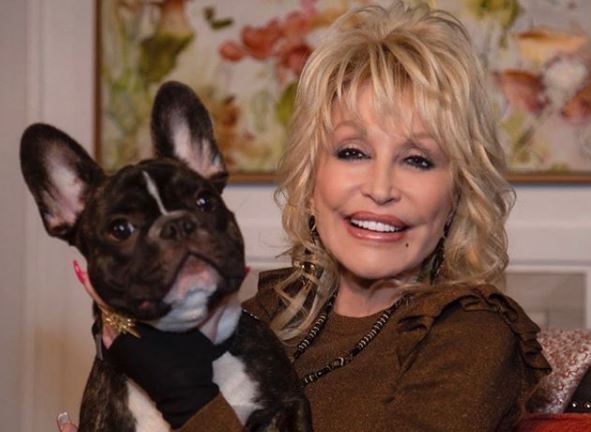 Country music queen Dolly Parton has been busy getting everyone in the Christmas spirit, long before Halloween.  The legendary singer-songwriter honored by the Guinness Book of World Records as the most successful female artist in her industry doesn’t need to defend her artistic stature.  Dolly stands at just 5 feet tall, but her music and her life-mission for literacy and aid to people in need mark a gargantuan footprint in philanthropy.  Parton has a heart as pure as the Smoky Mountain sunshine and streams.

Dolly Parton had some great admiration for another grand lady standing at just 5 feet.   Justice Ruth Bader Ginsburg passed away last Friday from complications of pancreatic cancer.   The monumental jurist was 87.  USA Today verifies that she will be the first woman to lie in state at the US Capitol after two days at the Supreme Court.  In her 27 years on the bench for the land’s highest court, Ginsburg was a champion for women’s rights, voting rights, the disabled, and equal justice for the marginalized.

“The Notorious RBG,” as Ruth Bader Ginsburg was known in her later years, spinning off from a 2018  documentary of her life, was a giant in her calling, just as Dolly Parton has been throughout her life.  Both ladies prove that power and respect have nothing to do with size.

From one determined lady in honor of another, Dolly Parton spoke from the heart in her social media tribute to the justice, as The Hill per MSN reports.

“She was small in stature but even the tallest looked up to her.  Her voice was soft but her message rang loud and clear and will echo forever.  Thank you, RBG”   Parton closes with “Rest in peace” and “Respectfully” from one woman who has inspired millions to another.  Both are part of history and hope and both paid incredible honor to their families.

She was small in stature but even the tallest looked up to her. Her voice was soft but her message rang loud and clear and will echo forever. Thank you, RBG. Rest In Peace. Respectfully, Dolly Parton pic.twitter.com/Sra7ge5K9b

Mariah Carey gave thanks to Ruth Bader Ginsburg for her lifetime of work.  “We will not let it be undone,” the songstress promised.  Trisha Yearwood called herself “gutted” by the sad news of the Supreme Court icon’s passing.   “Power, grace, leadership, strength.  2020, you are literally the worst,” Yearwood lamented.  Dolly Parton exhibits so many of those same qualities praised in Ginsburg and the singer is not alone in her grief.

Maren Morris, who earned the ACM Female Artist of the Year, took the time to call Ginsburg the “O.G. of law and order.” The “My Church” singer isn’t blasting those who seem to be “rejoicing” at the passing of the justice, either.   She admonished that the haters “take those crosses and Bibles from your home and drop them at Goodwill to someone more deserving who can use them.”

Dolly Parton tries to defer from judgment, leaving that to God and those on earth appointed for that job.  The superstar does, however, speak her mind on what matters, just as she has recently done in support of Black Lives Matter.

Lovely and energetic as ever at 74, Dolly Parton seems constantly inspired by new possibilities, projects, and music.   The timeless artist is still celebrating “firsts” in her six-decade career.  She recently celebrated her first Christian-chart number one, “There Was Jesus,” in collaboration with Zach Williams. It is easy to think that Dolly has done it all, but she was delighted to get her first Billboard magazine cover just last month.

Christmas albums are nothing new for Dolly Parton, and she hasn’t lost a smidge of her feisty nature on her latest holiday collection, “A Holly Dolly Christmas,” which will release on October 2.   Fans can get a preview of the songs on YouTube, and Dolly does a particularly playful turn with “I Saw Mommy Kissing Santa Claus.”  The singer has a sidebar with listeners in her rendition of the classic, explaining how an innocent witness “can’t just tell everything,” and still hope to stay on the nice list.

Dolly Parton may never argue a case before the Supreme Court, but she certainly knows greatness when she sees it and is never afraid to pour her heart into a song.