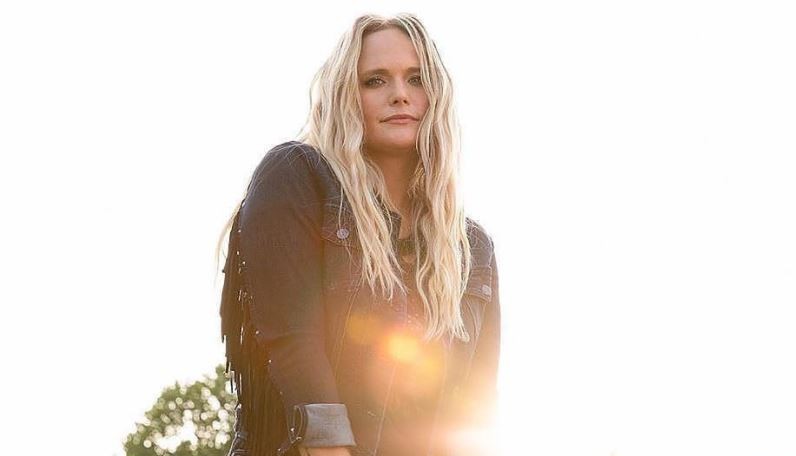 The global pandemic has certainly changed the landscape of country music when it comes to cherished memories of in-person events. However, nothing stops the passion of a performer for playing to loyal fans. Tonight, the Country Music Hall Of Fame and Museum is feeding that insatiable mutual passion between fans and artists. They will be raising funds that are desperately needed to keep the historic venue afloat while the usual tides of tourists stay at home. Big Night at the Museum is a unique opportunity to witness favorite country artists literally holding onto history as Rolling Stone per MSN confirms.  Miranda Lambert, Kane Brown, Tim McGraw, and Ashley McBryde are just a few of the luminous stars of country who will play the instruments of historic icons.

As with countless other museums, libraries, and other historic sites, the Country Music Hall Of Fame and Museum has been deluged with devastating revenue losses.  At the start of 2020, the Nashville-based Museum was facing figures that “left last year’s record numbers in the dust,” according to CEO, Kyle Young. Big Night at the Museum came with black and white inspiration.

When everything shuttered at the venue in March, the Museum staff put a concerted focus into e-commerce and online initiatives. But the true inspiration hit when Young became entranced with the viral moment started by Chicago’s Shedd Aquarium.  The adorable sight of two penguins wandering freely through every exhibit sparked the idea to release the beloved, yet still fragile, instruments housed in glass cases and allow them to “sing again,” as the CEO praised it.  Big Night at the Museum is more than a musical respite for the soul in these troubled days.  It is a tour through country music history that brought heartfelt emotion from the famous players of the instruments.

Big Night at the Museum premieres October 28 at 9 PM ET on the Country Music Hall Of Fame’s YouTube channel (youtube.com/countrymusichof).  The show is free to watch. Viewers  can make donations via the giving links on the page.  With $30 million in deficits through the virus closures, every penny makes a difference and is much appreciated.  The museum reopened in September, but with restricted visitation under health and safety guidelines.

Beloved country music and bluegrass master, Marty Stuart, has amassed his own personal collection of priceless instruments and artifacts from pioneers in the genre.  The acclaimed musician recently recalled “a conversation with an old friend” to the Tennessean.  He played Lester Flatt’s 1950 Martin D-28.  The bluegrass legend was more than a hero to Stuart.  He invited Marty into his band when the aspiring musician was only 13 years old. Stuart ultimately purchased that prized instrument and later donated it to the Museum. He will play it again for his performance and take on hosting duties as well for Big Night at the Museum.

Besides knowing the rich history of country music, and living much of it himself, Marty Stuart craves the sound of country music through the rafters of the historic venue.

“To stand in the middle of a museum when you’re all alone and just hear the whir of the air conditioner,” Stuart describes, “That’s a lonesome sound, man.  That is lonesome defined.”

The talented artists included in the lineup for Big Night at the Museum had their own reasons for indescribable emotions through the pre-taped performances.  Kane Brown will be accompanied by Randy Travis’ Gibson J185KOA guitar. Brown heard the unforgettable baritone from his grandfather’s music collection, and “then formed a friendship with him.” The feelings are sure to ring through every chord.

More stars add to the music

Miranda Lambert got her introduction to John Prine because her grandfather listened to his songs.  She will play Prine’s custom-crafted David Russell Young guitar.  Fans can look for Tim McGraw to be visibly affected by emotion while he strums Keith Whitley’s C.W. Parsons acoustic guitar.  Lucinda Williams will take loving care of Johnny Cash’s prized customized Martin D-35S in her selection.

Ashley McBryde admits “I play pretty hard,” in her typical show.  For this event, though, the rough-and-tumble Grammy nominee will take it easy on “When You’re Looking at Me, You’re Looking at Country” and the Formica pick-guard lovingly installed on Loretta Lynn’s 1956 Gibson J-50 guitar by her late husband, Doolittle. Brad Paisley will tear it up, only musically, on Don Rich’s 1964 Fender Telecaster. All while Reba McEntire uses her vocal instrument in a tribute to Patsy Cline.  Many other stars round out the roster for the Big Night at the Museum.

Will the performers smell anything special for Big Night at the Museum?

Country music has an uncommon way of soaking into the soul and the sinew of listeners. Every performer will feel the history through every note in the Big Night at the Museum. The Country Music Hall Of Fame is already a place of reverence not only to Nashville but to the world.

Many artists claim to feel the lives of country music legends through the instruments they played. Many listeners feel that the music of generations soaks into the church benches of the Ryman Auditorium.

Ashley McBryde was so concerned with simply touching Loretta Lynn’s precious guitar that she worried that the oils from her skin would somehow blemish the instrument for her Big Night at the Museum performance. The brave tattooed lady of country music did dare to ask another question, however.

“Is it weird if I smell it?” she questioned.  “Yeah, kind of,” the response came. Still, Ashley confesses “I stuck my nose in the sound hole.” She describes the aroma rather matter-of-factly. “Old guitars smell like old library books.” They play music much better, though, especially in the sacred care of so many stellar artists assembled for the Big Night at the Museum.