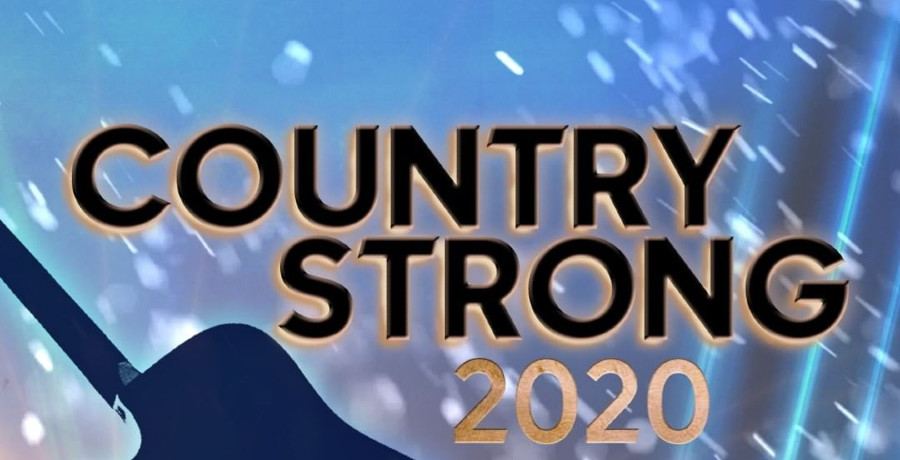 While Country Strong was the title of a movie about a fictional country star doomed in a downward spiral back in 2010, the November 10 ABC News special, Country Strong, focused on the very real lives of today’s country music stars.

For many years, ABC’s Robin Roberts has conducted insightful segments from top-tier talents. But in light of health and safety priorities for all concerned in these pandemic times, the news anchor and country music fan wasn’t a big presence in this year’s production.

Instead, as Yahoo included as part of a GMA feature, a circle of country music favorites gathered for Country Strong.  Darius Rucker, Charlie Worsham, Ashley McBryde, and Jimmie Allen shared how they are coping, gaining strength, and finding purpose in this season like no other in country music or music in general.  Maren Morris, Mickey Guyton, Keith Urban, and this year’s 2020 CMA Awards co-host, Reba McEntire offered perspective if on everything from parenthood to performing with no audience.  Fans will just have to wait and see if the 2020 CMA Awards deliver on the promise to be safe and live together, in some fashion.

Several of the stars asked mentioned words like “resilient,” “evolving,” “ready,” and “creative” when prompted for a definition of “Country Strong.”  From Little Big Town to the luminaries gathered around the sacred circle taken from the stage of the Ryman Auditorium, though, the subject that brought tears to the eyes of every performer was the loss of income to their loyal bands as the pandemic siege progressed.

“Some have been with me 14 years,” Darius Rucker noted.  “I paid them as long as I could…” (out of his own pocket) confess the “Wagon Wheel” singer.  Every artist present expressed heartfelt understanding for the musicians with wives and families.  Most need much more than just the dependable income– they need health insurance and security that steady work can provide.  The established artists have streams of income from writing, royalties, and endorsements that usually never arise for backing musicians.

Jimmie Allen tearfully spoke up for “my guys.” At 34, the “Best Shot” troubadour is growing his stardom and just starting a young family with his fiancée, Alexis Gale.  He has every reason to be watchful and conservative over his resources.  His heart, however, took a big leap of faith, as he explained.  Allen took out what he called a “crazy loan,” mentioning no exact amounts, to cover expenditures for his musicians, as confirmed by Country 103 FM.

It’s all good for Jimmie

“The good news is, I have 45 years to pay it back,” Jimmie gushed with a beaming smile.  Every artist surrounding him wiped away at least one tear after hearing the story of his generous heart.  Allen understands hard times.  He also divulged that early on in the pandemic, his bipolar disorder plagued him with drastic mood swings, until he decided to “get up and give back” in whatever way he could.  Let’s hope that Jimmie Allen has at least 70 years of “Country Strong” on the stage, not to mention lovely family life.

Ashley McBryde described her days of “being part of the couch” after seeing her career soar nonstop after Girl Goin’ Nowhere.  I had to put my big girl boots on and do what I knew how to do.”  In Ashley’s case, that meant writing every day.  Her album Never Will is up for CMA honors tonight.

Expectant mommy Mickey Guyton spoke that, for her, Country Strong means “being honest.” The truth-telling songstress took a big step toward total honesty in 2019.  She gave up the Nashville system of choosing the perfect song, and started writing her own truth on paper, including help from a long time sisterhood of collaborators.  The world is hearing “Black Like Me” and “What Are You Gonna Tell Her?” with new, wide-open hearts and ears now.  Mickey Guyton made a stunning impression on the stage of the ACM Awards.

Fans were treated to a first-ever look at the baby accessories accumulating for Mickey Guyton’s baby boy with hubby, Grant Savoy.   The baby buggy is all set for long walks, too.  Her due date is still awhile away, in February, but the joyful mom-to-be is still saddened by the situations of racial injustice and inequality still boiling amid the pandemic.  Her new EP, Bridges, not only includes the uplifting title song, but the plea that better angels can prevail in “Heaven Down Here.” Mickey may need some help to create a “country strong” nursery in time for the arrival.

While Mickey Guyton has come to define “Country Strong” as not being silent, sister mom in music and to a son, Maren Morris, declares that “Country Strong” to her means “a prouder, better genre.” Morris’ anthem, “Better Than We Found It” is that its own artistic legacy to that promise.

Charlie Worsham shared how the pandemic hit during the first year of his marriage– talk about a test of faith.  The dark-haired singer reiterated how the timing only solidified the commitment.  The Mississippi native described “Country Strong” as when “diversity and truth collide” and “when truth sings to power.” Worsham spoke with power from the stage of the Grand Ole Opry, mentioning the names of the killing victims whose lives sparked the Black Lives Matter movement.

Country music always carries power, more needed now than ever.  Charlie Worsham started off the strumming chords of “Will the Circle Be Unbroken” and as others included in the famous chorus, each contributed at the close of this Country Strong special.  Timeless truth in music endures for all time.  May the voices never be silent.

Jimmie Allen Puts The APB Out On ‘On My Way’ With Jennifer Lopez
Keith Urban Relies On Marital Devotion For Sobriety?
Kelly Clarkson Listens To Fans & Delivers — Here’s How
Blake Shelton Headlines 2 Major Events, See What
Miranda Lambert Voted One Of Most Influential People 2022