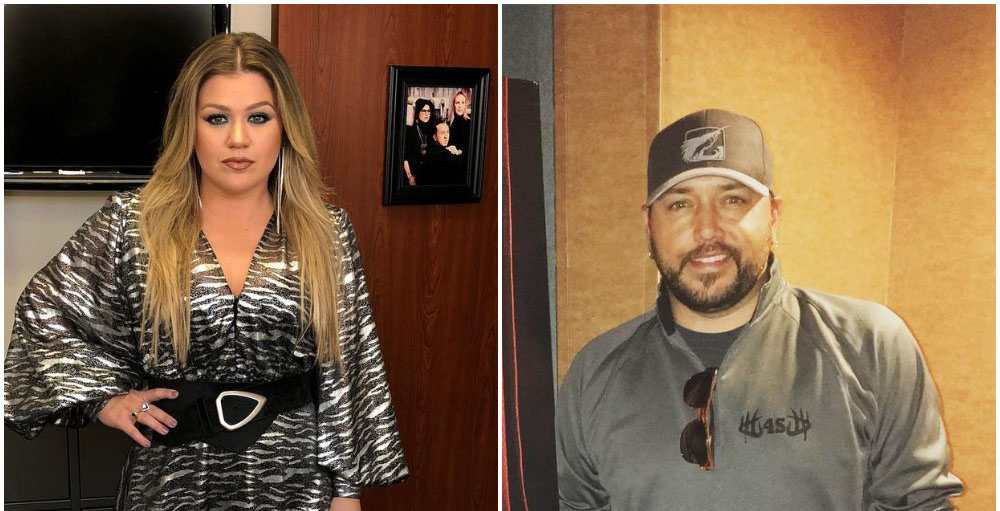 Sadly, Kelly Clarkson makes media headlines on a regular basis lately due to what appears to be a messy divorce from her ex, Brandon Blackstock. However, given the high caliber performances she gives on the “Kellyoke” segment of The Kelly Clarkson show, it is hard to imagine how difficult her life may be right now.

In a recent episode of The Kelly Clarkson Show, the American Idol alum covers a hit Jason Aldean single, “You Make it Easy.” Her rendition of the song is enough to give fans goosebumps. Notably, Clarkson’s take on hit country single has a “bluesy” vibe to it. It seems that fans receive Clarkson’s Jason Aldean cover well. At the time of this writing, the video on YouTube has over 18k views and 828 thumbs up and climbing.

However, this isn’t the first time Kelly Clarkson associates with Jason Aldean and his work. Fans may remember the 2010 hit “Don’t You Wanna Stay.” Country Now reports that this song was a multi-week No.1, took home the title of CMA Musical Event of the Year. Remarkably, it was also nominated for Best Country/Group Performance at the 54th Grammy Awards.

However, fans may not know some behind-the-scenes information about the Jason Aldean song. This single has a lot of popular names in Country music attached to it. For example, Tyler Hubbard and Brian Kelley of Florida Georgia Line co-write the single alongside up-and-coming Country star, Morgan Wallen and Jordan Schmidt. Talk about a star-studded single.

Adoringly, Country Now proclaims that, “Kelly Clarkson is the country covers queen!” And, they aren’t wrong. Many segments of “Kellyoke” contain Country music favorites. Of note is Billy Currington’s “Let Me Down Easy, Faith Hill’s “It Matters To Me,” Pam Tillis’ “Maybe It Was Memphis, and Wynonna’s “No One Else On Earth,” just to name a view.

Luckily for fans, they can see and hear more Kelly Clarkson country covers by checking out The Kelly Clarkson Show‘s YouTube page. Excitingly, her Kellyoke segment also covers pop stars. For example, fans can see performances of covers of Harry Styles, Demi Lovato, Lizzo and so many more.