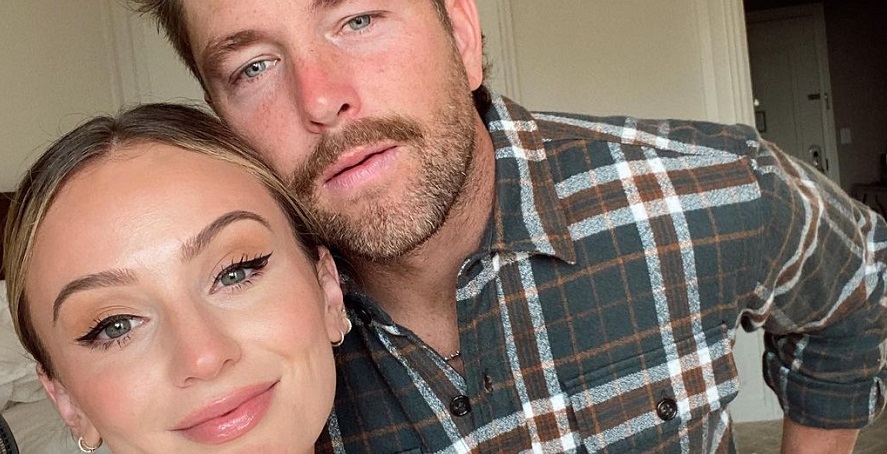 The budding relationship of Lauren Bushnell and Chris Lane is described by many as a “whirlwind romance.” As the Bachelor Nation star and her country singing husband prepare for the arrival of their son… Fans of this adorable couple can’t help but wonder about their relationship history. And, their dating timeline. When did they meet? What do we know about their dating history?

Here at Country Music Alley we were curious too. So, we did some digging. And, here’s everything we know about what US Magazine describes as a “whirlwind romance.”

When and how did Chris Lane & Lauren Bushnell meet?

The Boot describes the Chris Lane and Lauren Bushnell as “one of the greatest country love stories.” It, however, was a bit of a slow start. Chris Lane and Lauren Bushnell met back in 2015. They were in Austin, Texas attending an radio event at the time. It, however, was a few years before this meeting turned into the love story Bachelor Nation and fans of country music have come to adore.

Three years later, in August of 2018, he finally made a move. Chris Lane invited Lauren Bushnell to join him. To hang out with a group of friends. To go on vacation together. Regrettably, the budding romance still wasn’t off to the best start. He reportedly didn’t paint himself in the best light for his future lover.

Lauren tells People Magazine Chris spent the entire trip trying to convince her he wasn’t dating material. She explained that he “talked about how he wanted to be single forever, how he didn’t know if he wanted kids.”

Chris, however, thought both he and Lauren were just fighting the chemistry that was building between them at the time.

Now, the future lovebirds parted ways after the trip. Lane returned to Nashville. And, Bushnell went home to California. They, however, were not done talking. Chris and Lauren got to know each other through the use of their phone. They also made time to see each other in person.

Their long distance relationship came to an end in March of 2019.

In March of 2019, the long distance romance between Chris Lane and Lauren Bushnell was over. They made the decision to move in together. It was later in the year they finally put a label on the relationship. They were officially a couple.

Dating and relationship timeline: When did they became engaged?

According to People Magazine, the country singer popped the question in the backyard of her family home in Oregon. Chris Lane explained to the publication he knew Lauren did not want a “elaborate crazy proposal.” So, he made the decision to lean on her family for direction and support.

I was initially worried that doing it on Father’s Day might not be the best move, but her dad, Dave, said that it could only add to his Father’s Day and that’s when I decided Sunday, June 16 was the day.”

There, however, was a small hiccup in his proposal. Something Chris Lane never saw coming. Dog poop. (Yes, you read that correctly). Just has he prepared to ask one of the single most important questions in his life… He stepped in a mound of fresh dog poop. He was seconds away from asking Lauren to marry him when squish. Dog poop.

He, however, decided to push forward. He popped the question by singing a song he wrote for the girl he loved.

Even though I felt pretty confident I was going to get the ‘yes,’ I’ve never been that nervous. When I got to the third verse of the song and knew it was time, I pretty much blacked out. The next thing I knew, she said ‘yes’ and the nerves just lifted! It’s an explosion of excitement, pure joy, and love.”

Ok, so when did Chris Lane & Lauren Bushnell get married?

The next logical question in this dating and relationship timeline is simple. When did Chris Lane & Lauren Bushnell get married? What do we know about their wedding? According to People Magazine, the couple had a very short engagement. They married just four months after he popped the question. They tied the knot in a “secret garden.”

The wedding was a small, intimate indoor ceremony. They were surrounded by 160 friends and family members. The wedding took place in Nashville, Tennessee.

Lauren told People Magazine she felt like the “luckiest girl.” Chris Lane admitted he had anticipated the special day for a while. And, he was happy it was finally here.

Chris Lane admits he and his wife have a very long and bright future to look forward to together.

I’m praying for a long career in music. It’s something I’m very passionate about. To get to have somebody like Lauren as a best friend, just in life, is going to make it a million times better. There’s just so many firsts that we’ll experience — hopefully kids. Just the whole nine yards. I want all of that with her.”

Likewise, Lauren cannot wait for all the “new chapters” in her life. And, she fully believes she’ll continue to fall in love with Chris Lane more and more with every day that passes.

Now, the lovebirds expect their first child together.

According to People Magazine, it was early in December that the couple confirmed they were expecting a child. The couple admit they were “hoping” to have a boy. Lauren has a due date of early in June of 2021. As we previously reported, the couple have been enjoying a tropical babymoon together. Spending a little romantic time together before a new baby changes everything. They, however, could not be happier to be bringing a little one into their world.

“It was very exciting but now feels even more real seeing the ultrasound and hearing the heartbeat. We are just soaking it all in!” Lauren gushed to the outlet.

The country music singer admits expecting a child together almost doesn’t feel real. But, they are ready to see where their future together takes them.

Fans of this beautiful couple are just happy the slow start to this relationship didn’t stop it from happening. Likewise, we cannot wait to see that beautiful baby boy in June!