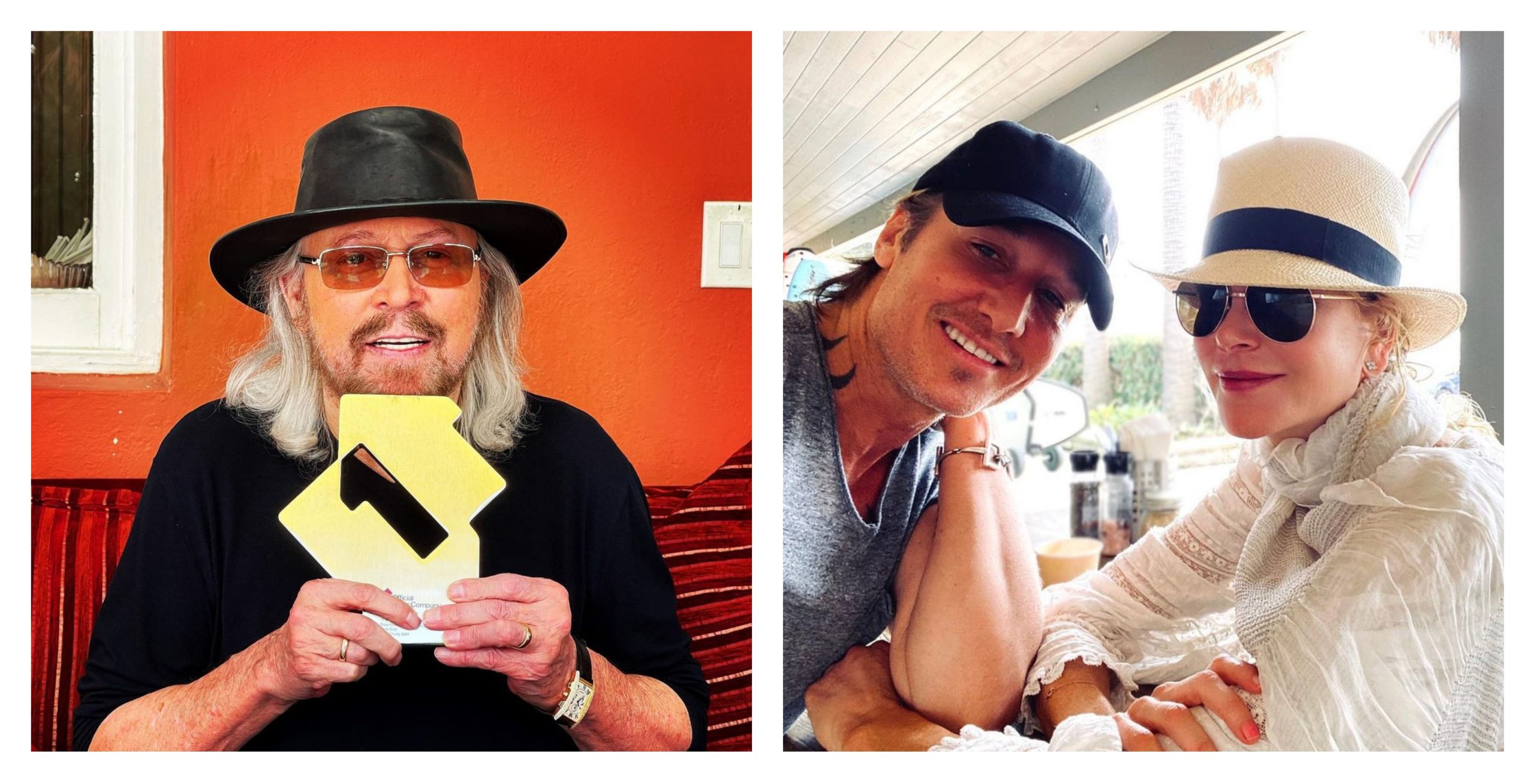 Barry Gibb has every reason to celebrate since the release of his star-filled collaboration with country music heavy-hitters on Greenfields: The Gibb Brothers’ Songbook Vol. 1 last week.  The founding brother of the Bee Gees had no trouble getting luminaries like Keith Urban, Little Big Town, Jason Isbell, Dolly Parton, and Miranda Lambert and many more to lend their vocal and musical gifts to cherished past hits from the sibling trio made new with Barry Gibb’s exquisite Country arrangements.

Singing in immaculate, kindred harmony came as naturally as breathing to Barry Gibb and his brothers, Maurice and Robin. The Gibb brothers took their career from great success to stratospheric levels as they moved from some of the most heartfelt and tender love ballads, such as “How Can You Mend a Broken Heart” and “To Love Somebody” to the dance-groove beats of “Saturday Night Fever” that swept the world under the disco wave. Barry Gibb proved again and again that he could write a song right for any genre and he never lost his soft spot for country music.

It’s not surprising that so many artists were in awe of Barry Gibb throughout the creative process of making Greenfields. The star who got the music giant so starstruck that he could barely speak was not a musician at all. She certainly adds lovely touches to any song she sings with Keith Urban, her husband, and she knows her way around his guitars, too. As noted by the St. Louis Post-Dispatch, however, Barry Gibb only came up with the same three words when Nicole Kidman came into the studio.

Keith Urban is the first warm and familiar voice to welcome fans on Greenfields. The ACM and CMA Entertainer of the Year and fellow Aussie related in a recent Country Music Alley feature how Barry Gibb and the Bee Gees were the only albums his parents had in the house.  “You were my Beatles,” Urban affirmed to his musical hero.

When Keith Urban brought his beautiful and multitalented wife to the studio during his sessions for “I’ve Gotta Get a Message to You,” Barry Gibb confesses that he had one of those brain-fog moments that come to us all in the presence of the Oscar-winning Nicole Kidman.

“All I could think of saying was ‘Big Little Lies,’ ‘Big Little Lies,’” Barry Gibb declares. Kidman’s pivotal role as Celeste in the HBO series had a profound impact on millions of people, including the actress herself. She champions the cause of ending violence against women and girls as a UN Women’s Goodwill Ambassador.

Nonetheless, Barry Gibb regrets that he couldn’t be more focused in the moment. “I’m a fan of everything Nicole does,” praises the musician. “She’s my favorite actress.”

Even his knightly moment was rough on Barry Gibb

Barry Gibb praises that Prince Charles is someone “who I love dearly.” Despite the affection, though, the 74-year-old composer and lyricist never found a word to say to the future monarch in 2018 when it was knighted. “My mouth opened but nothing came out,” Gibb recalled.

The musician also remembered how Prince Charles displayed empathy with the Bee Gee brother, who was trying to maintain respect by kneeling for an extended time.  “You can get up now,” Charles assured. “I’m not sure I can…” the senior Gibb replied.  “It doesn’t get any easier, does it?” the royal heir empathetically asked.

Barry Gibb knows how to express love, gratitude, and so many other human feelings.  The artist gave thanks to fans, friends, and folks behind the scenes in the making of Greenfields.  The collection has garnered another milestone for the musician.

Greenfields: The Gibb Brothers’ Songbook Vol. 1 already is “one of the most incredible experiences of my life” for Barry Gibb.  Advancing in years does not mean dismissing success, either. The collaborative effort just gave the artist his first solo number one album in the UK.  The album popped in at #2  on the US charts.  The Bee Gees had their last UK album chart-topper 40 years ago.

In offering his thanks per a YouTube video by Official Charts Barry Gibb gave thanks first “for my brothers,” both of whom passed far too early from medical complications and cancer. “I’ve never been so thrilled in my life,” gushed Gibb. The songwriter confirmed that “There is such a thing as ‘Too Much Heaven,’” borrowing from the classic.  He accepted the honor on behalf of his brothers and “everyone who cares about and loves our music as much as I do.”  “Thank you for everything,” the artist concluded.

New music and new collaborators await in Barry Gibb’s future.  The prolific surviving Gibb gave sure words about the music he makes in years to come.  He reflected in Variety just days ago that “Country is what I will do from here on out.” Fans clearly agree with the personal and creative decision, and Nicole Kidman isn’t one for hard feelings.