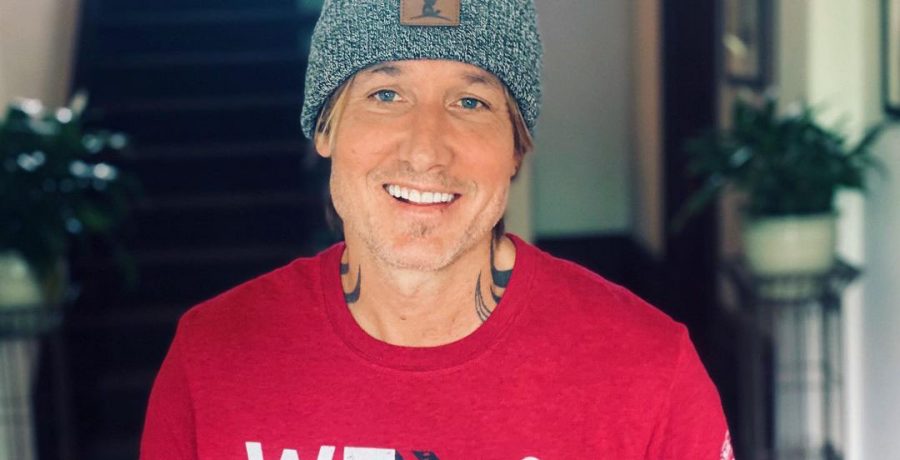 Country music megastar and guitar maestro Keith Urban can write his own ticket when it comes to creativity.  Whether it’s an awards show or a comforting interlude of music while we all wait out the pandemic, the exuberant performer, producer, and singer-songwriter knows the power of music, no matter where it comes from in the world.  If there’s a stage, something to play, and fans somewhere listening, Keith Urban is ready.

It turns out that Keith Urban didn’t have such wide access to everything musical through his growing up years.  The affable artist who calls himself “a boy from Brissy” adored his dad who taught him the sweeping, gentle simplicity of Don Williams.  When it came to Beatlemania, however, the wave didn’t quite make it to the Urban household.

Keith Urban didn’t feel deprived without record spins from the lads from Liverpool.  He shared on social media that being drawn to the immaculate family harmonies of the Bee Gees was fine by the artist who would end up singing his own rendition of “To Love Somebody” in tribute to Barry Gibb in a 2017 Grammy tribute.

The respect and still-awestruck wonder of the collaboration between Keith Urban, Barry Gibb, and producer, David Cobb, for Greenfields: The Brothers Gibb Songbook Vol. 1 is clearly apparent.  Urban is more than happy to put Barry Gibb and his late brothers on the same plateau with the Beatles.

Not a Beatles record in the house for Keith Urban

“My parents just weren’t that into them, enough to have records,” Keith Urban supposes. “But we had Bee Gees albums,” the “One Too Many” singer affirms.  Keith doesn’t suffer from not having the biggest rock ‘n roll band in history to teach him classic tunes.

“You were my Beatles,” Urban praises Barry Gibb, with a beaming David Cobb nodding his head.   Most loyal Beatle lovers let anybody know that Paul McCartney spent his early teen years emulating Bill Monroe’s “Blue Moon of Kentucky,” with its signature whine and rockabilly roots. Barry Gibb and his brothers grew up singing Americana classics from their preteen years in their homeland, and Barry always gravitated to American country music.  Long before “Islands in the Stream” the surviving Gibb found an island of solace and comfort in the authenticity of country music.

Just like he did with Dolly Parton on “Words,” Barry Gibb left the choices of songs from the Bee Gees catalog up to each individual artist.  Admittedly, the experience of recording “I’ve Gotta Get a Message to You” with one of its composers is still “surreal” for Keith Urban.

With more than a touch of fan-boy fervor, Keith Urban gushes, “I can act all cool around you, Barry Gibb, but my God, you’re Barry Gibb!”  As Taste of Country notes, however, Urban and Gibb are beyond professional perfection on the song itself.

“I’ve Gotta Get a Message to You” is undoubtedly one of the Bee Gees’ best-loved and biggest-selling songs.  Get a tissue box ready if this will be your first time hearing the ballad.  Keith Urban is the first voice heard on Greenfields.  The plaintive vocals exquisitely mesh with the lush strings and piano brought in as Barry Gibb adds his interpretive talent.  The 1968 song went number one in numerous countries and entered the Top 10 for the Bee Gees in the US for the first time. Still, this touching version is much more reminiscent in its imagery to 1965’s “Green, Green Grass of Home.” Its story of a man’s plea to relay his last words to his wife before death is still the same, but this collaboration adds a new dimension of feeling.

A new peace in Music City

Keith Urban and his wife, Nicole Kidman, have been spending some time in Sydney with their daughters, 12-year-old Sunday Rose, and 10-year-old Faith Margaret.  Sadly, even donning masks and doing their best to stay incognito doesn’t make the “Polaroid” singer or his family any less of a target for pesky paparazzi.  The protective parents have taken even greater measures with safety during the pandemic while still making a few outings possible as a family cluster.

Barry Gibb agrees with Keith Urban that Nashville is “where I belong” as he described in a recent Entertainment Weekly feature.  One song can really make a difference, as the founding Gibb brother knows so well.  When his son, Steven, played him a single Chris Stapleton track, Gibb describes being “destroyed” with emotion.

“I can follow what I love so much,” Barry Gibb relates in this era of his life, “which is real songs, country songs, bluegrass songs.  I just love ‘em,” the music giant attests.  The Bee Gees lived a career and a life of artistry and reinvention.  Barry Gibb has earned the right to continue to make music with wonderful artists across the spectrum of music, including buddies like Keith Urban.