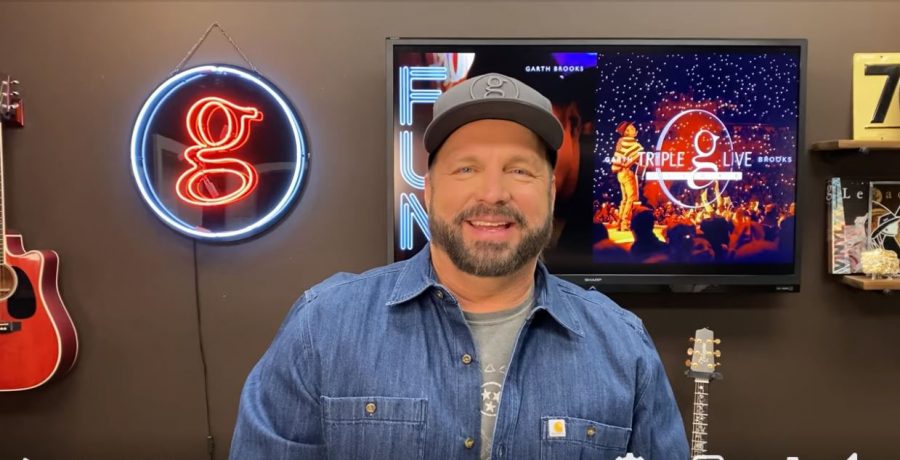 Garth Brooks has had a lot going on. During the ongoing global pandemic, he thought outside of the box to bring fans performances at drive-in theaters across the country. Additionally, he announces a new album entitled Fun. And while things don’t go according to plan with a COVID scare, he still makes the best out of every situation. It seems that’s been something he’s been doing for years. Once upon a time, his plans for his hit song “That Summer” didn’t go as plan. Read on to learn more.

Garth Brooks may not get CMA Entertainer of the Year, but he’s still in the running for other prestigious awards.

In 2020, Country music icon, Garth Brooks sent shockwaves through the Country music industry with one announcement. Consequently, the announcement came after beating out other fan favorites for the CMA Entertainer of the Year Award in 2019. So in Summer 2020 that he is officially pulling himself from future nominations of the award.

It goes without saying that Garth Brooks has the musical catalog to back all of the awards on his trophy shelf. It is pretty common knowledge that the “Friends in Low Places” singer regularly enlists songwriting help from his wife and fellow Country megastar, Trisha Yearwood. However, it may come as a shock that one of his biggest hits was co-written with his first wife, Sandy Mahl.

The “Dive Bar” singer enlists the help of his wives to co-write songs on occasion.

It seems like lifetimes ago, but Garth Brooks and Sandy Mahl were college sweethearts. The pair got married on May 24, 1986, and were married for fifteen years. Notably, Mahl is the mother of Brooks’ only children Taylor, August, and Allie. And it may come as a surprise, but she actually co-wrote two of Brooks’ songs.

It is easy to see how “That Summer” may have caused some controversy in its time. According to Taste of Country, the song was originally slated to be written with Pat Agler. In 1996, Brooks shares that the original story behind the song was a woman was being ignored at a party. Consequently, she goes and has an affair with a single man. Things could have come to a halt for the song had Sandy Mahl not stepped in. This is because Garth Brook’s producer, Allen Reynolds, “told him he couldn’t root for the characters in the song.” And Brooks agreed.

However, there must have been something about the song that “The Dance” singer couldn’t let go of.  According to Taste of Country, while driving home from a meeting with Sandy Mahl, he sang, “She had a need to feel the thunder.” After that, Mahl goes on to help him write the final chorus of “That Summer.” The final version of the song is about a teenage boy away from home that loses his virginity to a “lonely widow woman.”

Additionally, Country Fancast reports that Sandy Mahl is also credited as a songwriter on Brooks’ song “I’ve Got a Good Thing Going.” The track is from Brooks’ self-titled debut album.

Are you shocked to find out that Garth Brooks co-wrote songs with his first wife, Sandy Mahl? Let us know in the comment section below. Come back to Country Music Alley for more news about your favorite Country stars.