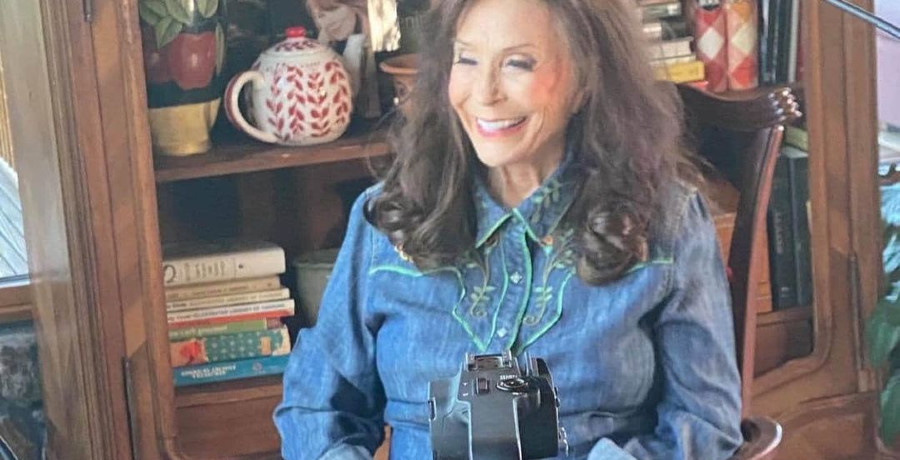 Loretta Lynn is an icon and legend for country music fans. She is also extremely high-risk of serious complications when it comes to COVID-19. With the vaccine rolling out, fans wonder if the Queen of Country Music will get the vaccine.

The idea of getting the vaccination or not is one that plagues many people – no pun intended. However, it seems that for Lynn, it was never a question.

Did Loretta Lynn Get the COVID-19 Vaccine?

As fans know, Loretta Lynn has had a few serious health issues in the last few years. In 2017, she suffered a stroke that required hospitalization. Less than a year later, she was recovering from the stroke when she fell and broke her hip. The injury happened at her home in Hurricane Mills, Tennessee.

At the time, the tabloids reported that Lynn was in an extremely frail state in a nursing home. However, those reports were clearly incorrect. In fact, Loretta Lynn has recovered enough to release her 50th studio album later this year. Still Woman Enough includes new tracks with fellow country artists such as Reba McEntire.

However, despite her recovery, she is still in the high-risk category if she were to contract COVID. Given her age and previous medical issues, she is also a prime candidate for the top of the vaccine list.

Since there aren’t enough vaccines yet for the entire population, the distribution is coming in phases. Loretta Lynn meets the criteria for one of the early phases of distribution.

Over the weekend, Loretta Lynn’s Instagram page answered the question about if she would get a vaccine. The country singer has a social media manager that creates posts on her behalf. The post included a series of two photos. In the first photo, a smiling Loretta Lynn sits in the front seat of a vehicle. She’s wearing a coat and hat.

In the caption, it is revealed that Lynn got the COVID vaccine. The post notes that her daughter, Peggy Jean, took her on the trip. They also enjoyed some “mom-daughter time.”

The second photo is a close-up of her sticker indicating that she received the vaccine.

It doesn’t seem that Loretta Lynn had any qualms about getting the vaccine. The caption says, “I’m sure glad to get it.”

Like many of us, Loretta Lynn is “ready to put Covid in the rear view mirror!”

The legendary singer is a very busy woman, after all!

Even before getting the COVID-19 vaccine, Loretta Lynn played it safe. She quarantined throughout most of the summer. When it came to holidays – Thanksgiving and Christmas – she kept it small, with just her immediate family.

Back in April, she told Billboard magazine that the quarantine was the “damnedest thing” she ever saw in her life. And she’s lived through some things! The “You Ain’t Woman Enough (To Take My Man) singer will turn 88-years-old in April.

Do you feel better about getting the COVID-19 vaccine now that Loretta Lynn has gotten hers? Let us know in the comments down below.

Be sure to follow our Facebook page for all the latest news on your favorite country singers!