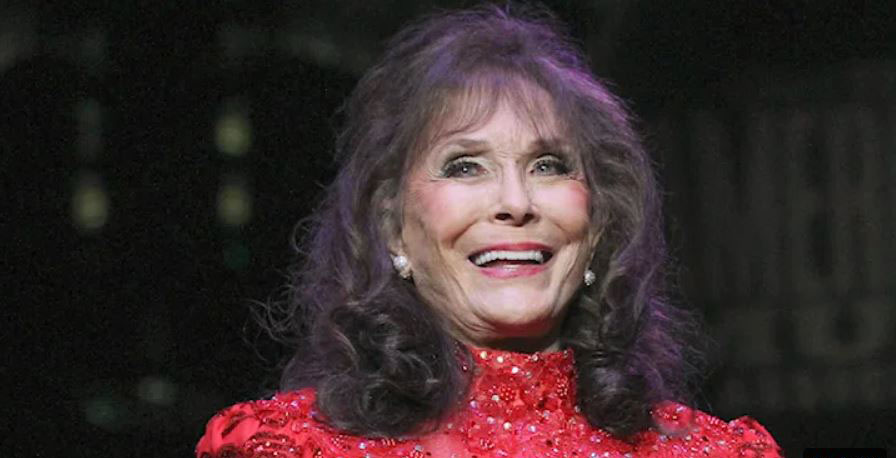 Country music fans and the ever-faithful followers of Loretta Lynn got the blissful confirmation of a somewhat clandestine project from Country Music Alley. This revered icon savored her holidays in a low-key fashion, simply cherishing moments with family and those closest to her.  Once the ball dropped in Times Square, however, the most loved lady from Kentucky had big news of her own.

The long-awaited album, Still Woman Enough is not just a sure thing– it’s coming out soon.  The 30th studio album from Loretta Lynn comes out just in time to be included with a beautiful bouquet of spring flowers for anyone who grew up on the original “You Ain’t Woman Enough (To Take My Man)” and classics like “Fist City.”  Rolling Stone Country revealed the stellar artists joining the legend on the effort.  From the folks in the booth to the fierce talents sharing the microphones, the collaboration is large on real-life girl power.

Experts on Loretta Lynn history at the helm

No one knows the true story of an artist, or what stirs her soul, like the family who lives its reality. Patsy Lynn Russell co-produces Still Woman Enough with the deft hand and care of one who knows exactly where the rarest of Loretta Lynn treasures are. Russell has become her mother’s archivist in recent years.

John Carter Cash was born into country music royalty.  The son of Johnny Cash and June Carter Cash has a gift for treating Country greats with deserved reverence but adding a twist to keep their work as relevant as ever. For 2018’s Johnny Cash Forever Words, the producer-curator invited artists from bluegrass to contemporary Americana and rap to the rustic Cash Cabin. Each one got permission to dive into lyrics written by the elder Cash and turn it into their own finished song.  The result was endlessly alive and rich.  Johnny Cash wrote poetry and verse right up until days before his death. Loretta Lynn has her own mine of gold in songs, and between Patsy and John Carter Cash, each piece will be gracefully unearthed and polished in each performer’s unique style.

Reba and Carrie start off with the affirming new title song

It’s hardly a wonder why Loretta Lynn wants to kick things off with Reba McEntire and Carrie Underwood on Still Woman Enough.  It doesn’t get more terrific than this trio as female vocalists.  Underwood thrilled the socks off of Loretta with her ACM Awards performance just over three months ago of “You Ain’t Woman Enough” in honor of great ladies of Country.  Rumors of the recording for the title track started in November, and it’s great to let the cat out of the bag.

Reba McEntire has sung and shared the stage with Loretta Lynn multiple times. And, she and Carrie Underwood certainly understand what it is to be a working mother while being a superstar.  A major difference is that when Loretta hit her big break, she still lived in her rural home with four little ones clinging to her hips.  She lovingly teases that her late husband, Oliver “Doolittle” Lynn, declared that every song she sang or created was “a hit,” with unbridled exuberance.  Reba McEntire remains a great source of support for her grandchildren and Kelly Clarkson through a very contested divorce.  The situation has the makings of a country song. Loretta, Reba, and Carrie know what it is to soldier on with a smile.

Margo Price is a perfect choice for this Loretta Lynn project

Almost from the moment that Midwest Farmer’s Daughter released in 2016, the country music and Americana world drew comparisons between Margo Price and Loretta Lynn.  Price performed in cowboy boots, floral skirts, and a Western hat, but beyond that, songs like “Hands of Time” and “Since You Put Me Down” reverberated with the same kind of unflinching truth that inflected “The Pill” during Loretta Lynn’s remarkable reign.

The songstress never shied away from speaking her mind on her 2017 follow-up album, All American Made. The album earned acclaim as “one of the best of the decade” and Loretta Lynn likely listened proudly as Margo Price told it like it is for women on “Pay Gap” and “Heart of America.”

Price fittingly sings on “One’s on the Way” in honor of Lynn.  Shel Silverstein came up with the lyrics on this classic, but Loretta Lynn truly embodied the mother’s life of one after the other while her career surged.  Margo Price learned more than a lot about mixing family life and her career in 2020. The typically booked up performer had to cope with how to release an album and raise her children while her husband, guitarist Jeremy Ivey, contracted the virus. That’s a lot of irons in the fire for any working mom, much less one in the country music industry.  Hearing Loretta and Margo harmonize will be a treat.

Fans in line at any Tanya Tucker show say the same thing about their favorite star as Loretta Lynn loyalists. “She’s real” is the response given in reference to both ladies.

There are spoken-word renditions and re-imagined favorites from Loretta Lynn herself on the new album. Still, Loretta Lynn loves the camaraderie in this creative process.  “I’m just so thankful to have some of my friends join me,” the 88–year-old icon speaks. “We girls gotta stick together.”  The only one needed to make the collaboration perfect is Dolly Parton, but she’s been busy singing with Barry Gibb.

Tanya Tucker sings on “You Ain’t Woman Woman Enough” with Loretta Lynn.  Tucker is more comfortable in boots and jeans than in the lacy, flowing, dresses that are Lynn’s trademark.  The ladies of Country share similarities beyond music.  Tucker took her share of hard knocks in her younger day for a few of her wild-child antics.  She owns up to the fallout from her relationship with Glen Campbell, too.  “There was real love there,” she reflected on Sunday Morning last year. “If we were older, it could’ve worked.

Tanya tasted Grammy gold last year with her album, While I’m Livin’, and with the song, “Bring My Flowers Now” in 2020.  The “Delta Dawn” singer raised her two daughters and a son as a single mom and endured a devastating burn accident to her face and neck in 2015.  “My music saved me,” she reflected on the incident.  Loretta Lynn can certainly identify with that sentiment.

Loretta Lynn, Reba McEntire, Carrie Underwood, Margo Price, and Tanya Tucker know the beautiful power and healing in country music.  Still Woman Enough will reintroduce how a girl from Kentucky with a guitar taught the world about girl power– and it’s still going strong.  The album releases on March 19.