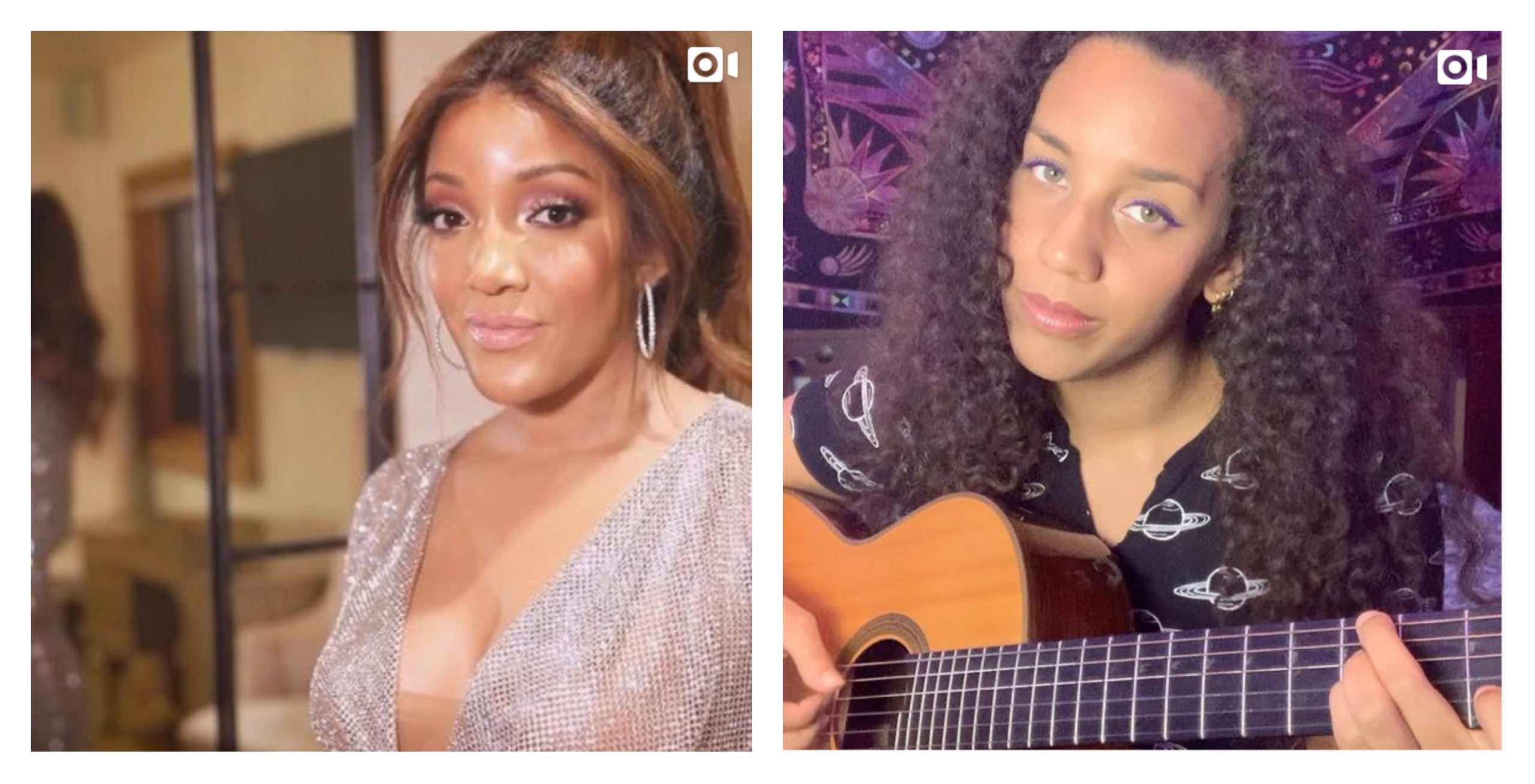 Country songstress, Mickey Guyton, is celebrating a career pinnacle that the Arlington, Texas native has devoted her talent, sweat, tears, and heart and soul to through 10 years of striving in her genre.  It’s a great feeling for Guyton to wake up to the morning sun and see The Dallas Morning News reports. Consequently, she sweeps three major honors in the 21st annual Country Music Critics Poll published in Nashville Scene in partnership with CMT.

Mickey Guyton took top honors as an artist, female vocalist, and song of the year in the rankings for her irrepressible ballad of truth, “Black Like Me.” The showing in public approval bodes well for Guyton leaving the Grammys in March with a gleaming trophy for Best Country Solo Performance.  Her nomination alone makes history, and millions hear the cry for equality and opportunity with renewed empathy.

Success in Mickey Guyton’s eyes goes far deeper than her own place in history, however.  The “Bridges” singer-songwriter understands her role in laying the bridge and opening the door for the next woman of color in country music. She champions artists never allowed to share their full story, regardless of color.  Guyton poured showers of encouragement, authenticity, and wisdom into Taylor Taylor during another installment of “Women Who Rock: Music & Mentorship” from the Today show.  The horizons are opening wide with greater success and strides for Mickey Guyton, but her greatest success will arrive any time now when she welcomes her son with her husband, Grant Savoy into her arms.

The first qualities that stand out from Taylor Taylor’s for Mickey Guyton are “your voice, your coolness,” as the Grammy-nominated mentor notes.  Guyton gushes over with how good it feels “seeing a beautiful black woman pursuing a career in music– it’s so inspiring for me to see.”

At 22, Taylor Taylor has already achieved some auspicious performance opportunities, according to her website.  The Michigan-born artist played songwriter showcases at the iconic Bluebird Café in Nashville and at The Mint in Los Angeles, where she makes her home now. She has opened for Keith Anderson, Kris Allen, Pia Toscano, and Trombone Shorty, and been on the bill with performers from Jason Derulo to Little Big Town, among many more.  Mickey Guyton recalls her days of starting her climb in the industry, and no one who looked like her was around for support.

“I didn’t really have a mentor,” Mickey Guyton admits.  “I have had champions,” the artist relates.  Friends like Maren Morris and Kelsea Ballerini are not shy about saying that everyone should listen to Mickey Guyton. Tim McGraw introduced Mickey at the ACM Awards and Keith Urban demonstrated his pride to accompany her on piano for “What Are You Gonna Tell Her?” Those are some pretty powerful cheerleaders in the Mickey Guyton corner.

“It’s hard for women,” Mickey Guyton asserts.  “But what I realized is that I need to be a mentor, too.” Taylor Taylor soaked in all the wisdom she could from the insightful session, and both mentor and mentee agreed that formulas don’t foster artistry,

The right fit is not about formulas

“The music industry always tells you that there is this formula to make it, “ Mickey Guyton maintains.   She concedes that for many years, she let other people’s opinions of who she should affect her artistry.  “I got lost in that for so long,” Guyton regrets.

Despite growing up around livestock pens, horse barns, and gravel roads in Waco through her youth, Mickey Guyton was advised that she had to “really be Country” to convince people that she was genuine.  Anyone who’s ever listened to one of Mickey’s soaring refrains feels the heartache and emotion that only comes from the truth of country music.  From “Better Than You Left Me” to “Black Like Me,” Mickey Guyton still tells Country’s truth along with three chords and a great hook.

It wasn’t until Mickey Guyton “scrapped all that” about trying to be and act the same as all the white Country artists that she found herself.  She related telling the head of her label that “I’m not making music for you, and with all due respect, you are not my audience.”

“You need to tell your label how to label,” along with “telling your producer how to produce,” and finally “tell your agent how to be an agent,” Mickey Guyton advised.  “Everything about your business has to come from you.”

Taylor expressed how she finds herself “stressed out” feeling that everything is late in her career.  Guyton astutely commented that “yes we do have time and no, we don’t have time.” Every artist feels the pressure and Mickey Guyton suggests “give yourself grace” through the panicked times. The young songwriter has many more years to make her artistic mark and still enjoy it.

“No matter how old or how young you are, great music will always shine through,” Mickey Guyton encouraged.  She got a taste of good music when Taylor Taylor played her song, “First Date” for her mentor.  “Coolness” came up again, and Guyton declared that Taylor was “the female John Mayer.” She may grow into an even bigger groovy, jazzy, cool, and country artist.

Mickey Guyton deserves forgiveness for having thoughts more focused on labor and delivery than her next song just now.  No country music mama is more thrilled over her “absolute miracle” of her about to be born son than Guyton.  Still, she related in an ABC News Radio feature that her prayer is “Lord, give me strength for what is coming next.”

Mommy-to-be Guyton share\s another gorgeous pregnancy photo, on social media, this time in color.  The caption was from pop, country, and Christian music great (and Mrs. Vince Gill) Amy Grant.

“Stop for a minute. Baby I’m so glad that you’re mine.” -Amy Grant

“Stop for a minute. Baby, I’m so glad that you’re mine.” Mickey Guyton wrote.  As it turns out, Amy Grant responded with a loving reminder that “this is your greatest accomplishment.”  Grant gushed with being “so happy for you” from “your fellow [or sister] hard-working mom.”

Mickey, this is your greatest accomplishment. So happy for you. With love and prayers, your fellow hard working mom…

From motherhood to making the most meaningful music of her career, Mickey Guyton has the greatest, growing cheering section ever.