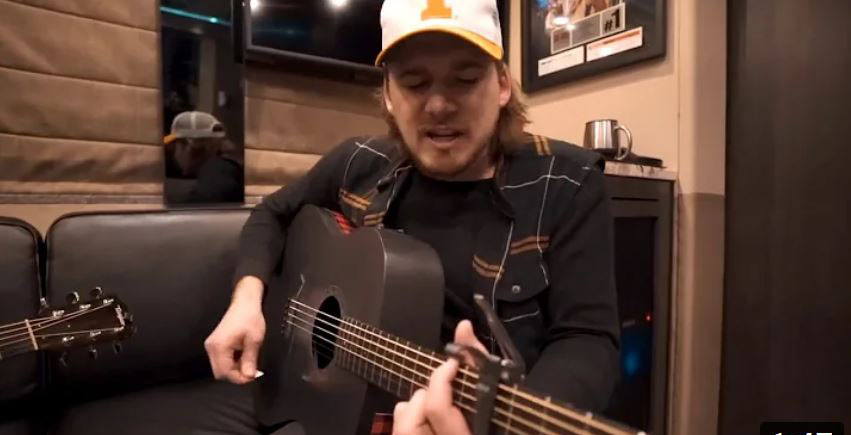 Without a doubt, Morgan Wallen has a lot going on. Everyone thought he’d turned over a new leaf after a series of unsavory events. Additionally, there are some that thought after all his highs and lows of 2020 that 2021 would be drastically different for the Country star. While Morgan Wallen is dealing with being the latest subject of cancel culture, event venues are reconsidering their commitments to the star.

Two events of 2020 stand out. One of them being the time that Morgan Wallen got the ax from Saturday Night Live for not taking COVID-19 safety precautions seriously. Luckily, he was able to Saturday Night Live redemption a few weeks later. There is also the time Wallen was arrested for public intoxication and disorderly conduct. These charges came after an incident at Kid Rock’s downtown Nashville bar. Luckily for the country singer, the judge declined to prosecute.

In early 2021, Morgan Wallen releases Dangerous: The Double album and it seems that things are going very well for him. However, the high from the success doesn’t last long. In early February, Wallen’s neighbor catches him on camera using a string of profanities, including the n-word. This incident occurs after Wallen and his friends enjoy a night out in Nashville.

Unlike the other times that Morgan Wallen finds himself in trouble and his fans, fellow singers, and the music industry rally behind him, that is not the case for his latest debacle. Wallen becomes the latest focus of the cancel culture phenomenon. Shortly after TMZ releases the video, Wallen’s consequences start piling up. His record label, Big Loud, indefinitely suspends him. Additionally, nearly 1,200 radio stations pull his music from their playlists.

Morgan Wallen Asks People Not To Defend Him In New Video

The “Dangerous” Singer Issues Another Apology

Initially, Morgan Wallen gives a brief apology that TMZ releases. “I used an unacceptable and inappropriate racial slur that I wish I could take back. There is no excuse for this type of language, ever. I want to sincerely apologize for using the word. I promise to do better.” Given the gravity of his actions, many people were not happy with the short statement.

After nearly a week and a half, Morgan Wallen takes to Instagram to issue his full-length apology. He explains that the video is the product of “hour 72 of a 72-hour bender.” Is this apology enough for people in the industry to forgive him?

Will Wallen Still Get to Perform at the LaPorte County Fair?

NBC affiliate 16 News Now WNDU in LaPorte County, Indiana reports on a recent Morgan Wallen concert update. According to their report, Wallen is scheduled to appear at the LaPorte County Fair. The LaPorte County Fair releases a statement via their Facebook. According to the state, the LaPort County Fair received a lot of questions about whether the Wallen concert would still happen at the fair. “First and foremost, the Fair Board does not condone racism or discrimination of any form,” states the Fair. Furthermore, the state that Wallen’s actions “goes against our commitment to being an inclusive organization.” However, the Morgan Wallen concert (July 14th) is still scheduled. But it seems like their commitment to having Wallen perform may still be up in the air. They conclude their statement with, “In the meantime, the Fair Board is reviewing its options with respect to the scheduled performance and will provide further updates when they become available.”

Do you think Morgan Wallen should still be allowed to perform at the LaPort Country Fair? Let us know in the comment section below. Come back to Country Music Alley for more news about your favorite Country stars.

Blake Shelton Headlines 2 Major Events, See What
Keith Urban Relies On Marital Devotion For Sobriety?
Carrie Underwood Hearkens Back To Signature Style On New Tune
Jimmie Allen Puts The APB Out On ‘On My Way’ With Jennifer Lopez
Kelly Clarkson Listens To Fans & Delivers — Here’s How