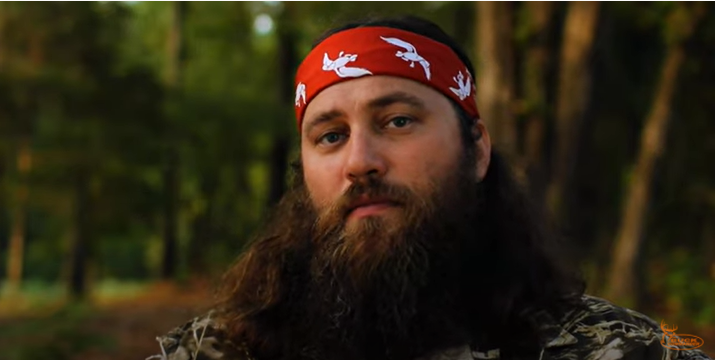 Duck Dynasty star Willie Robinson may have made his fortune off of making and selling duck calls but he does not discriminate when it comes to hunting. Willie and his long-time friends went on a big group hunt during rut this last year and all the antics were shown during an episode of Buck Commander.

The group of friends included Robinson, Luke Bryan, Jason Aldean, Adam LaRoche and Tombo Martin. The crew got together at Adam LaRoche’s ranch E3 which is located on the borderline of Kansas and Missouri. The crew made sure to bring all their families so that the hunt would be a family vacation.

The family and fun

Adam LaRoche talked about creating E3 with the idea of inviting his friends to do what they loved, but he always wanted to have group hunts. The ranch has a base camp with all the amenities to provide activities for everyone. When the guys are out hunting the families have fun hanging out or using areas like a batting cage for the kids. The goal for the guys is of course to bring down a big Kansas whitetail during the rut, but family togetherness is also key.

And what kind of vacation would it be without pranks and shenanigans? Willie Robinson happened to be the victim of the documented moment. Luke and Jason teamed up to scare Willie before the guys hit the field to hunt. In order to wake Robinson, Bryan and Aldean filled a diaper with come convincing-looking “poop” and tossed it on the sleeping man.

But the hunt is not all about fun and games. A serious moment during the episode highlighted the potential dangers of hunting. One of the ways most people hunt is by setting up a tree stand. These stands are usually twenty or more feet off the ground. So, if a stand or person is not properly secured, a fall could be dangerous or deadly. The representative of Hunter Safety Systems told the group that there had already been five fatalities that week alone.

Willie does not kid around when it comes to hunting. Viewers saw him sleeping in his camo and safety vest before the hunt this episode. At the end of the day, the guys are all about bragging rights when it comes to the group hunts. LaRoche requires that all hunts on his property be bow hunts, but Willie Robinson likes to do his own thing so he brought his rifle.

The advantage of bow vs rifle hunts is just the range that a hunter can take down a target. Willie had seen several large bucks that were out of bow range so he asked Adam to switch to the rifle. Adam agreed to let him hunt with his rifle in their rented property on the Missouri side of the property. However, before Willie could take down a deer mother nature called and the show ended with him missing two prime bucks. But when you gotta go you gotta go.