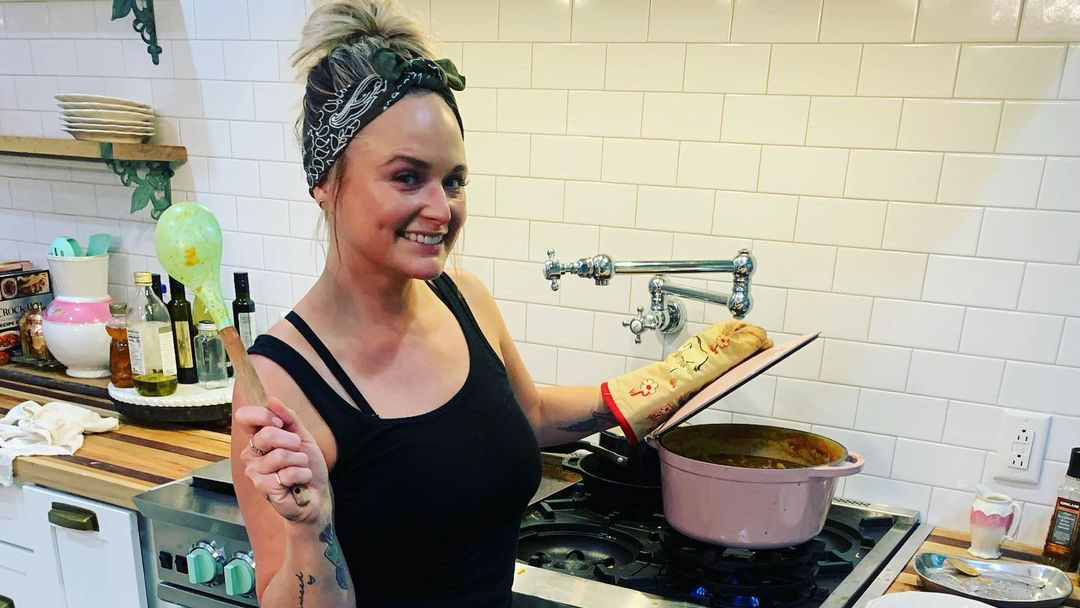 Country music fans love Miranda Lambert for her music, attitude, and her down to earth vibe. She is not too good to interact with her fans and she often lets them into her world over social media. That is what she did this week by dropping a photo from what she calls her “happy place.”

Lambert has often called her Tennessee home her “happy place”, and why wouldn’t she? The farm is 400 acres of pastures, woods, a huge house, and a private lake. But Miranda decided to show fans a picture from her barn, and it is a stunner.

The photo on Miranda Lambert’s Twitter feed has her posing in front of an amazingly elaborate and intricate vintage mirror. Lambert wrote that “I take barn-décor very seriously,” and fans definitely agree. The post has pulled in over a thousand likes with fans like Dallas Dixon (@DallasDixon) commenting, “Y’all Miranda’s barn looks classier than my house.”

Miranda bought her farm in 2016 after her divorce from her ex-husband, Blake Shelton. The property has been her refuge and serves as her home base with her husband, Brendan McLoughlin. The couple married on January 26, 2019. They split their time between the farm and New York City. Brendan is a retired New York Police Officer and they return to the city to visit his son from a previous relationship. Miranda and McLoughlin met when she was doing a press tour with the Pistol Annies. She described that her bandmates “plucked him” for her. The couple married only a few months after their initial meeting but kept their nuptials a secret until after Valentine’s Day.

Miranda Lambert and the ACM Awards

Miranda Lambert is the record holder for the number of ACM Awards victories. She overtook the previous record held by Brooks&Dunn in 2018 and has 32 total ACMs to her name. And Miranda could add to that number on April 18th at the 2021 awards show. The Academy of Country Music announced the nominations for 2021 on Friday, February 26, 2021. Miranda is nominated for four awards including Female Artist of the Year and Single of the Year for “Bluebird.”

But Miranda is focused on more than winning awards. She recently announced a collaboration with Elle King called “DRUNK (And I Don’t Wanna Go Home).” King and Lambert kindly did not make their fans wait long to hear this song. The music video for the new song premiered on February 26, 2021. King and Lambert dressed up in full 80s regalia for the video. King plays a happy bride and Lambert is the feisty bridesmaid. The duo obviously enjoyed making the video end it with an appropriate mic drop.