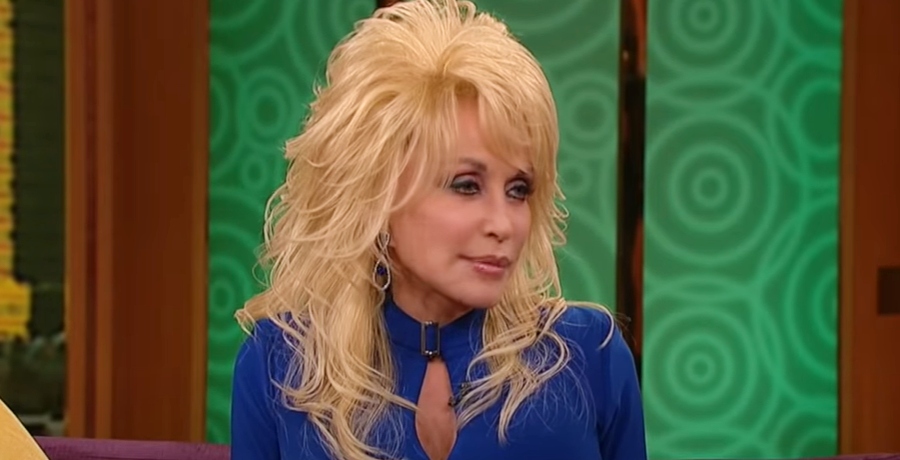 No matter how many times Dolly Parton adamantly declares that she doesn’t want state honors in her beloved state of Tennessee, the lawmakers aren’t listening.   Without a doubt, the philanthropist does more for Tennessee on a daily basis than a barge full of legislators loaded and floating on the Cumberland River.  Dolly Parton grew up as a living example that giving starts at home as a sibling of 12.  And faith and hardscrabble existence of her family also teaches the girl who wrote “Little Tiny Tasseltop” before she could write that humility is a virtue.

Timing has to be right for Dolly Parton

Only weeks ago, Dolly Parton asked Tennessee lawmakers to take her out of consideration for a statue at the state capitol.  This is because the timing is just not right.

“I don’t think putting me on a pedestal is appropriate at this time,” the “When Life Is Good Again” songwriter expresses in a statement. So Dolly Parton defers the honor. Instead,  she prefers that the time for such tribute can wait until “perhaps after I’m gone”. And this is on the condition that the consensus is that Parton deserves it.

Dolly Parton’s native state yearns to keep trying to give their most beloved citizen an honor that she can’t refuse.  Faith and music are powerful forces for the believer who rises early every day to pray for peace.  The timeless artist brings peace to countless listeners with her moving versions of “Amazing Grace.”  As CMT and CNN via MSN confirm, the push is on to make Dolly Parton’s version of “Amazing Grace” the official hymn of Tennessee.

A lasting Top 11 for the legend

Tennessee state representative, Mike Sparks and Senator Raumesh Akbari proposed HB0938 due to their strong feelings of the song’s historical significance to the state.  If approved, the proposal would put Dolly Parton’s “Amazing Grace” in the prestigious collection of state songs. Currently, the list is at 10 songs.

Millions of faith-filled music lovers and moviegoers became familiar with the traditional hymn through the biographical film, Amazing Grace, in 2006.  The saga chronicles the spiritual transformation of John Newton from working on a slave ship to penning one of the most beloved spiritual songs of the ages.  The cadence of “Amazing Grace” draws from the moans of the shackled masses in the ship’s bowels.  Despite the inhuman conditions, nothing hinders their courageous faith. Dolly Parton grew up singing “Amazing Grace” almost as often as breathing in her grandfather’s church.

Newton undergoes a remarkable transformation– turning to ministry, denouncing slavery, and fighting to abolish the immoral practice in England.  Dolly Parton sees her music and spirit as vessels to unite all people.  Her heart and songs speak to everyone, of all colors, backgrounds, orientations, and stories.  The classic Parton catalog conveys feelings that her adoring followers can never verbalize.  No one is judged in Parton’s circle of love. Her “Coat of Many Colors” represents many personal situations, beyond her own, and gives the covering of acceptance.  It takes an artist of amazing grace to create such a sheltering awning.

Voices of the timeless song of faith

Over 3000 versions of “Amazing Grace” grace the Library of Congress.  The earliest date back to the 30s, before Dolly Parton was born.   The state proposal acknowledges that greats from country music, like Tennessee Ernie Ford, Garth Brooks, and Willie Nelson have recorded the celebrated spiritual song, along with Aretha Franklin and Elvis Presley, among many more.  Beloved folk singer, Judy Collins, recorded one of the most memorable versions.  The wording gives no specific reason for the choice of Dolly Parton’s rendition.  The unique singer has offered “Amazing Grace” a cappella, strictly acoustic, and backed by choirs over the years.  The only reasonable defense for the choice of the Dolly Parton rendition is to make it a lasting symbol of her legacy to the state she cherishes.

The most special Dolly Parton performance of “Amazing Grace” became “Shine On” at Tammy Wynette’s memorial service in 1998. Parton evoked fond memories, fun, faith, and lives in music in her loving tribute.

Dolly Parton lifts every occasion with stories and her spirit.  For example, the memorial for Tammy Wynette at the Ryman Auditorium starts with Parton telling stories of being “sweet girlfriends” with the “Stand by Your Man” singer and how they both worked with Porter Wagoner– Wynette first, and Dolly later—facing all the aspersions that “girl singers” were subjected to in the 60s and 70s.

After a touching memory of fixing Tammy’s “frog hair” and sprucing up her makeup, Dolly Parton shared a snippet of a song written with Wynette, “Didn’t Hear the Thunder.”

“She shined then, she’s shining now,” Dolly Parton speaks of Tammy Wynette before leaping into “Shine On,” from her 1988 Still Hungry album.  The song’s melody is all “Amazing Grace.”

Dolly leads the honored assembly in a celebration of God’s gifts.   “The darkest night can be made light by one bright word or smile,” Dolly Parton sings.  In remembrance of her grandfather’s counsel never to “hide your light,” the singer echoed how divine love and light are the dearest gifts.

The lawmakers’ bill has not come to a vote, but regardless of whether Dolly Parton’s “Amazing Grace” becomes enshrined as Tennessee’s official state hymn, the singer from Sevierville is the shining epitome of love and light, especially in this difficult pandemic pause, and any song she sings remains forever her own.

Do you think Dolly Parton’s version of “Amazing Grace” should be Tennessee’s official hymn? Let us know in the comment section below. Come back to Country Music Alley for more Dolly news.