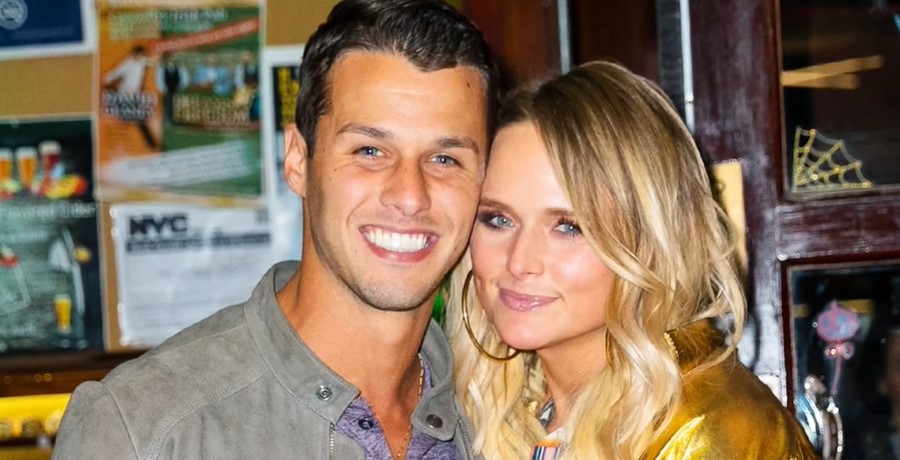 Recently sources close to Miranda Lambert and Brendan McLoughlin went to the media to speculate that there is trouble in paradise. Unfortunately, with the shocking nature of their relationship, some fans are quick to think the worst about Lambert’s second marriage. Sadly, it is reminiscent of the beginning of the end for her and Blake Shelton. Back then, it seems once the tabloids got ahold of Miranda Lambert and Blake Shelton’s trouble, it was only a matter of time before they were announcing their divorce. Keep reading for more details about Miranda Lambert and Brendan McLoughlin.

Rumors of trouble in paradise for Miranda Lambert and Brendan McLoughlin took off after a “friend” dishes information to OK! Magazine. According to the source, Miranda doesn’t want Brendan joining her on tour. The source implies that is because upcoming tours will be “all work and no play.” Further speculation is that she needs some space.

Ultimately, this would make sense because the couple has been spending a lot of time together in the wake of the ongoing COVID-19 pandemic. Miranda Lambert chronicles their recent road trip on her Instagram. She purchased an Airstream trailer, and the pair took off to Asheville, North Carolina, and Charleston, South Carolina to name a few places they visit on their trip.

Some things don’t add up

While this may be true of upcoming tours, it doesn’t make much sense. Fans of Lambert may remember some things about McLoughlin. The couple met while he was an NYPD officer working security for her appearance with Pistol Annies on Good Morning America. After they got married, McLoughlin retires from the NYPD. However, he took on a security role for Miranda. So, it doesn’t seem like “all work and no play” would bother him.

In preparation for the Grammy Awards on Sunday, March 14th, Miranda Lambert shares a photo on her Instagram. From the looks of it the happy couple is very much in love. Lambert has her temple pressed to McLoughlin’s cheek and her arm wrapped around him, bringing him in closer by his neck. And Lambert’s hubby is smiling from ear to ear. The “Blue Bird” singer captions the photo, “California dreamin’”. Ultimately the hashtag Grammy Week, confirms this trip is in preparation for the awards show.

At the time of this writing, the post has over 1,200 comments. A quick scroll through the comments shows that Miranda Lambert’s fans are out in full force. Not only does she have their support for her Grammy nominations, but they love and adore Lambert and her husband. Clearly, the chemistry radiates through the photo.

Do you think Miranda Lambert and Brendan McLoughlin are having marital problems? Or do you think someone was looking for their fifteen minutes of fame. Let us know in the comment section below. Make sure to come back to Country Music Alley for more news about your favorite Country stars.