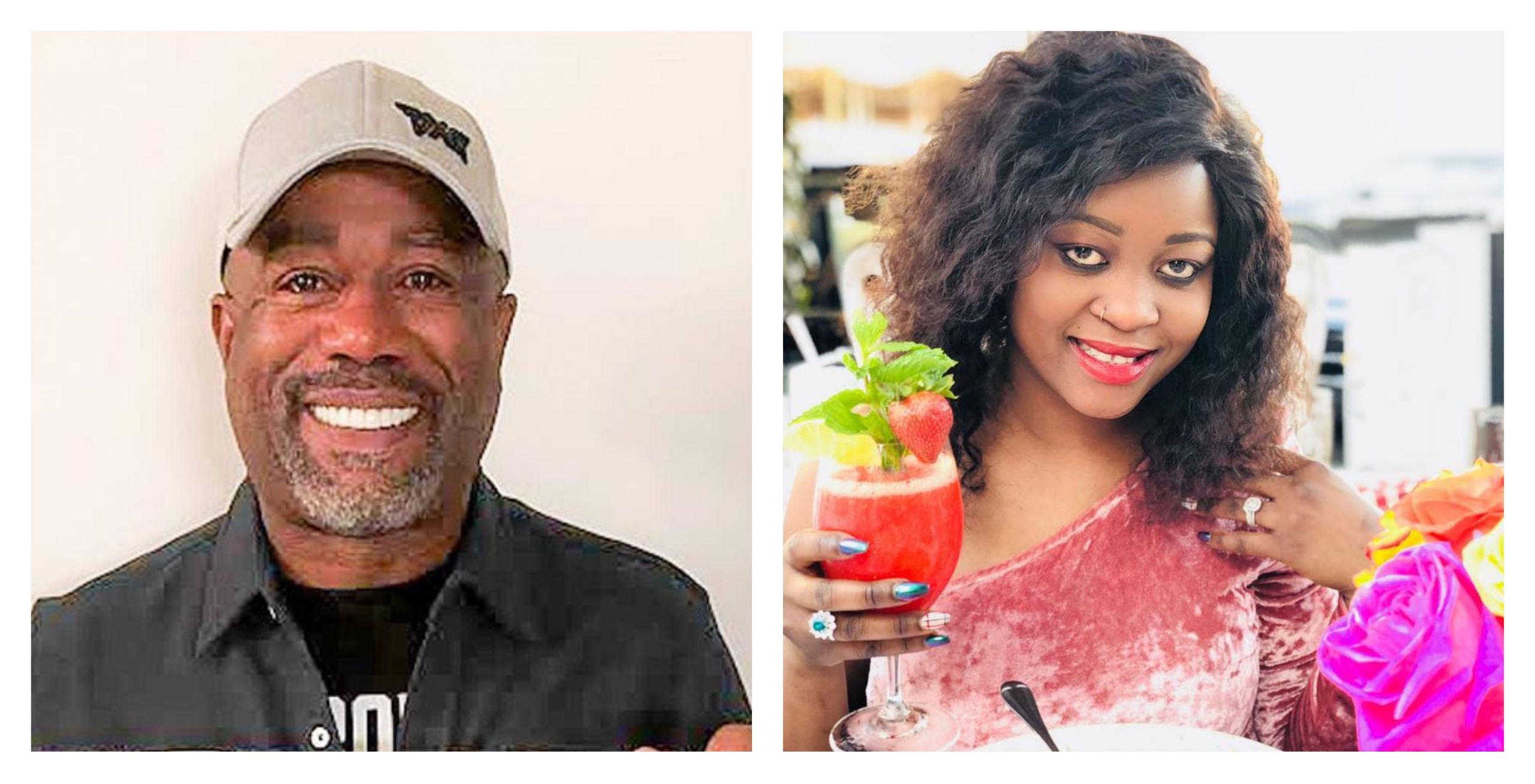 Emotion overwhelmed Darius Rucker during the festivities.  After a rousing performance of “Wagon Wheel” with Old Crow Medicine Show, Rucker recalled the indelible words from Little Jimmy Dickens after the fateful invitation in 2012 to make Darius Rucker a Grand Ole Opry member.

“Don’t ever let anyone tell you that you don’t belong here,” Dickens reminded the “Beers and Sunshine” singer.  While Darius Rucker celebrates his complete adoption into the open arms of the country music family, he can’t get away with leaving “Let Her Cry” or “Hold My Hand” from his Hootie & The Blowfish frontman days, not even at Farm Aid, and the soulful star doesn’t want it any other way.

The gesture of buying someone a friendly beer is a powerful thing, as Darius Rucker learns from his incredible new duet partner on “Ready to Fall,” Portia Clark.  Taste of Country and CMT News relates the story behind the moving ballad of her-side/his-side love let go.  The promise between friends took a while to fulfill, but it’s certainly worth the wait.

“Ready to Fall” truly captures the essence of a timeless love song.  It’s not surprising that it took a while for the two partners from across the world to come together in unbelievable harmony. It all started over a beer, courtesy of Darius Rucker.

Portia Clark met Darius Rucker in 2017, backstage at a gala for the Starkey Hearing Foundation.  Starkey Hearing Technologies founded the philanthropic initiative in 1984 to provide hearing-related health care to people in need around the world.  By this time, Portia Clark became closely connected to the endeavor.  She is the voice of the foundation’s theme song, “So the World May Hear,” on the official recording.

Clark feels charmed and bemused when Darius Rucker “handed me a Corona like I was just one of the guys,” the singer describes.

On a humorous whim, almost jokingly, Clark asks Darius Rucker to sing a song with her.  “To my surprise, just like that, Darius agreed,” Clark recalls.

“Ready to Fall” was born as a duet, but birthing the song didn’t happen overnight for Darius Rucker and Portia Clark.  Patience is a virtue for these musical mates.

It takes more than one affirmative answer, even from a country music superstar, to make a major song happen.  Portia Clark makes her home now in Australia, with her husband, philanthropist, and entrepreneur, Brendan Clark, and their children.

After a brief get-together in Sydney, Australia with Rucker, Clark flew to Nashville in the summer of 2018 to record “Ready to Fall.”  The combined voices and music video create the sense that Darius Rucker and Portia Clark were meant to be singing the song written by producers, Tiffany Johnson and Lee Turner.  The mood and spirit are kismet, but the message of the song is anything but.

“Every time I think you’re about to let me love you/You push me away again,” Portia Clark opens in plaintive, perfect longing.  Darius Rucker’s delectable baritone reciprocates the other side of the same lyric.  The separate rooms of the singers convey the desperate chasms between the lovers in the song.  This one will stay with listeners for a long time.

No doubt, Darius Rucker knows the story of his duet partner. Portia Clark was born in Zambia, the daughter of a freedom fighter for Nelson Mandela’s African National Congress.  She also has Zambian royal ties as a granddaughter in the village of Livingstone. Portia was 1, the singer, her mother, and stepsister found themselves subjected to a life of poverty, without any home.

At 17, Portia was lured into a romantic relationship that quickly turned abusive. She was forced to move in with him when she became pregnant.  He was arrested shortly after she escaped to her mother’s house, where he found and attacked both women.  The story had to strike a chord in Darius Rucker.

By the time she was 19, Clark was a single mother, shunned by the church where she learned to sing as a child.  She took a job as a grocery bagger at Shoprite.

Miraculously, music serves as the savior for the courageous mother.  The store holds an annual talent competition, TopStars, and Portia’s manager urges her to enter.  Darius Rucker could never predict this true-life twist. Portia Clark takes the Top Female Vocalist prize in 2011.  She only got a no-pay gig with a bar band but insists that she “felt alive again” in pursuing her calling.

Eventually, though, gigs get better for Portia Clark.  She meets Brendan Clark at a fancy soirée.  The rest is history for the singer and her soulmate.  Destiny seems to be at work in her duet with Darius Rucker, too.  Country music, at its best, always tells the story in total truth.  And now the time is here to let artists of all cultures and colors bring their stories and songs to Nashville’s hallowed ground.  Portia Clark includes “Ready to Fall” on her album, Chapters of My Soul. Hopefully, the collection only marks the start of a long career, with more courage in every verse to come.

Kudos to Darius Rucker for making this promise.  “Ready to Fall” is not the good old boy romp of “Straight to Hell”— it’s more important and makes more of a difference, in many ways.  A platform is worthless without lifting someone worthy.

Keep tuned into Country Music Alley for the latest on new music, the best stories, and updates on your favorite stars!