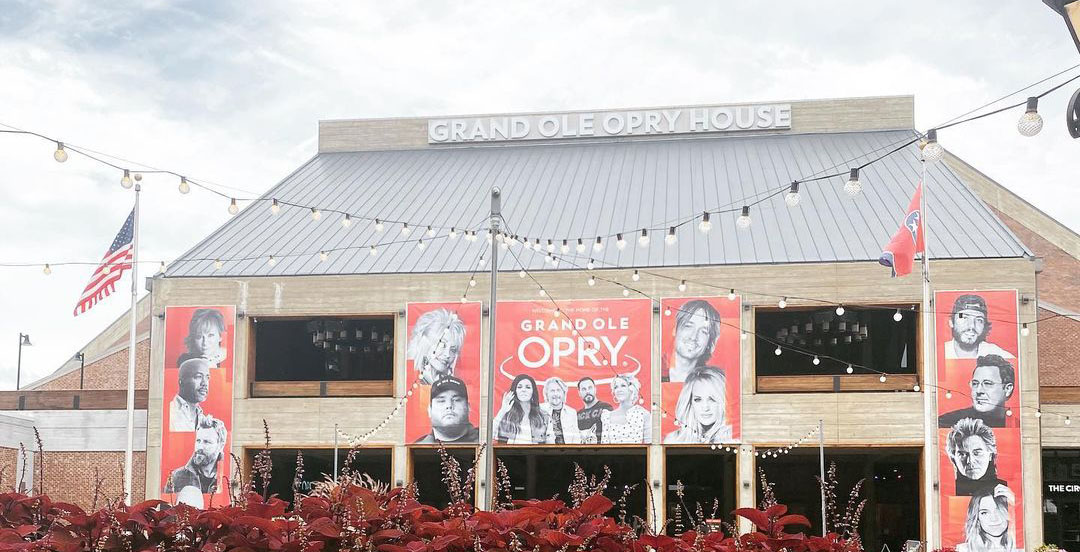 The Grand Ole Opry is a long way from some romantic destinations. However, any Valentine’s Day lovebirds left snowbound by the unprecedented winter storms couldn’t help being warmed to the core. The Charlotte Observer, CMT Edge, and other outlets, country music luminaries across generations came out to celebrate the history of the Grand Ole Opry, and welcome some new family to the fold on Sunday night, February 14.

Harlan Howard famously defined country music as “three chords and the truth”. NBC’s Grand Ole Opry: 95 Years of Country Music is all the heart, memories, and joy any viewer can handle.

It’s not always easy to act like a good host during these pandemic days. Especially when productions are semi-spontaneous and still socially distanced. Blake Shelton and Brad Paisley had been thrown together for such duties on numerous occasions.  Of course, the typical sparring over aging and the changes over the decades get remarks.  Both stars joke about how the songs they played for their Grand Ole Opry invitation nights are now obsolete. “Austin” involves the old-timey answering machine. And “Who Needs Pictures” talks about cameras and developing, as in the old days, but not so long ago.

The emotion flowing from an invitation to the Grand Ole Opry stays as one of the most cherished memories for any artist.  Blake Shelton couldn’t resist teasing Brad Paisley over all the tears shed on stage when the “Waiting on a Woman” singer fell into the arms of country music founder Bill Anderson on his big night.  “They’re still mopping up the stage,” Shelton fondly teases.

Brad Paisley was a mainstay through performances.  He showcased his own “American Saturday Night.” Additionally, he more than held his own with Carrie Underwood and their rendition honoring Loretta Lynn and Conway Twitty’s “Louisiana Woman Mississippi Man,” originally offered for the Big Night at the Museum benefit for the Grand Ole Opry Museum last October.  Fans look forward to Loretta Lynn’s PBS special, “My Story In My Words” next month. This happens just ahead of her Still Woman Enough album release.

Brad Paisley isn’t waiting around to pay tribute to the women who continue to make country music the most moving and honest vessel in music.  His powerful ballad, “Off Road” is a gem of the Grand Ole Opry evening. Paisley wants the song to be a spark of inspiration to modern women of the future. This applies to in music and in life.

Darius Rucker does the honors in another Grand Ole Opry welcome

The emotion of the night was palpable for Darius Rucker, too.  The South Carolina native let loose with special gusto on “Wagon Wheel” with the incomparable Old Crow Medicine Show, who made the collaborative song from Bob Dylan’s “bones” their own before the Hootie & the Blowfish frontman took it to stratospheric heights.

Ketch Secor and his bandmates leave no doubt that Old Crow Medicine Show is “the best string band you’ll ever hear”.  Consequently, this is what he notoriously declares at shows.  No one but Darius Rucker delivers such heart with every refrain. The “Beers and Sunshine” singer wore his heart on his sleeve in remembering his Grand Ole Opry invitation story.

“Don’t ever let anyone tell you that you don’t belong here,” Little Jimmy Dickens reminded Rucker.  The feeling from the affirmation clearly still lingers in Darius’ throat as he speaks.

As country music takes further steps to widen its arms in welcome to talents like Mickey Guyton, now celebrating motherhood with her son in her arms, Jimmie Allen, Kane Brown, and other artists, the full spectrum of color, diversity, and courage in relating the truth of life stories must always be heard.  The Grand Ole Opry makes a marvelous start by swinging the doors open wide.

As it happens, Brad Paisley gave Darius Rucker his invitation to the Grand Ole Opry. So it seems only fitting that the man who took the 2012 honor now passes the privileged invitation to another deserving artist.  Lady A was rehearsing for their “Forever and Ever Amen” performance to honor Randy Travis. And then Darius Rucker let the group know that this was the moment.  Hillary Scott never speaks except for her tears.  Charles Kelley and Dave Haywood manage to give Darius more instantaneous, rejoicing responses.  Hillary does make it over to Rucker, still brushing back tears. She says, “I can’t believe this,” before the time to sing.  True professionals pull off the danged=est things.

A montage of marvelous Grand Ole Opry invitation moments flashes across the big screens throughout the evening.  It’s impossible to hold back the tears at the sight of Tammy Wynette, Patsy Cline, Loretta Lynn, Connie Smith, and today’s contemporaries, including the ageless Dolly Parton, creating history. It takes a young man to put the night in perspective, from a father’s eyes.

Perhaps more than any other genre, country music is passed down through generations.  Fans of Kane Brown may not resemble the faithful following of Don Williams or Charley Pride, but the legacy of great artists lies not only in the music but in the love and memories summoned up by the songs.  Darius Rucker recalls the grace, work ethic, and kindness lived out by Charley Pride.  Keith Urban reflects on how Don Williams’ songs draw him closer to his father.  The healing power of music is truly supernatural.   Merle Haggard is no longer with us to join Willie Nelson on “Poncho & Lefty” but the shared reverence between Dierks Bentley and Marty Stuart conjures their spirits through the Grand Ole Opry.

Kane Brown made his Grand Ole Opry debut with “For My Daughter” as his celebratory offering.  More than just a chorus tagline, “I grew up without a dad– I’m gonna be the best one I can be” repeats after every verse.  The scars of being fatherless are carried throughout life, but fate is changed instantly with one committed decision.

“They say that history repeats itself,” follows another lyric.  “I guess that’s up to me“  Kane Brown understands that responsibility is the first step, whether it’s fatherhood or forging a new history.

In every history, falls, mistakes and regrets are part of the process because humans are flawed creatures who can only keep learning.  “Grand Ole Opry: 95 Years of Country Music” closes with “Will the Circle Be Unbroken,” in indelible tradition. Traditions are touchstones.  The prayer of the next class of invitees is for a circle that widens to welcome everyone and every story.