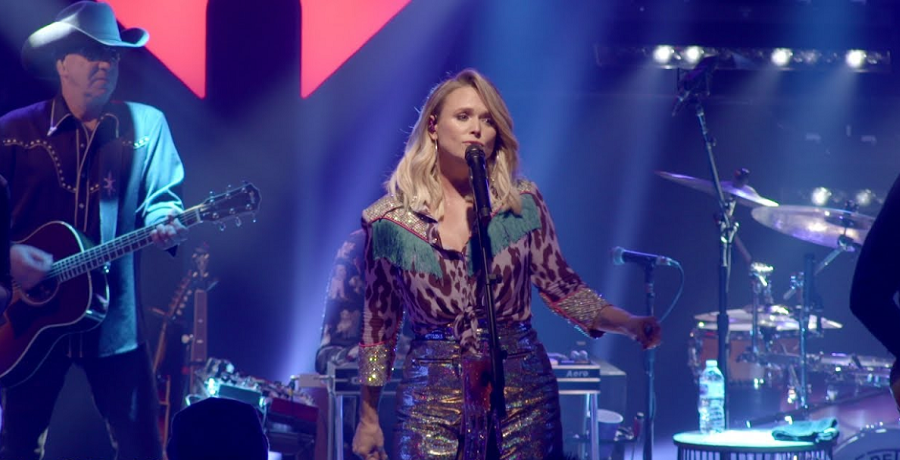 Miranda Lambert was joined by special guests during her first live shows at Billy Bob’s Texas. Hank Williams Jr. joined the country singer at the iconic Texas venue, and he brought along two other people. His son Sam Williams and Kid Rock joined him for his performance of “Family Tradition.” Then, the trio played their rendition of Kris Kristofferson’s “If You Don’t Like Hank Williams.”

This is exciting for country fans. A few months ago, Miranda announced her first live shows of this year. The singer made her big return to her old stomping grounds. These shows are her first concert in a year since the coronavirus pandemic.

Country fans are missing live music these days. Most of their favorite artists are not on the road right now. As for Miranda Lambert, she made it possible. She made a return to the stage at Billy Bob’s Texas. She got on stage alongside Hank Williams Jr., Sam Williams, and Kid Rock.

The group looked like they were having a good time. Check out the five-minute video below. It shows Miranda and the others enjoying their first performance in a long time.

Miranda will headline five live shows at the Texas stage starting April 22 in time for the venue’s 40th anniversary. Tickets sold out as soon as the “Bluebird” singer announced the news. According to the venue’s website, all of the shows are currently sold out. This shows that country music fans are craving live shows and these artists are providing.

Rock the South will take place from August 13-14 in Cullman, Alabama.

“This is easily the most diverse lineup we have ever had at Rock the South. When you say the names Luke Combs, Miranda Lambert, Lynyrd Skynyrd, and Nelly; you have the perfect recipe for the biggest party in the South,” Shane Quick-Partner Pepsi Rock the South said in it a press release.”We couldn’t think of a better way to re-launch the live concert industry in the south.”

Fans can sign up for the superfan presale from now until Wednesday to get the pre-sale code to score tickets on Thursday, April 8 at 8:00 a.m. central time. Second and third place winners will receive VIP & General Admission tickets. The event’s website gives details on the safety and health protocols of the City of Cullman and the event.

What are your thoughts on Miranda’s performance with Hank Williams Jr., Sam Williams, and Kid Rock? Sound off below in the comments.