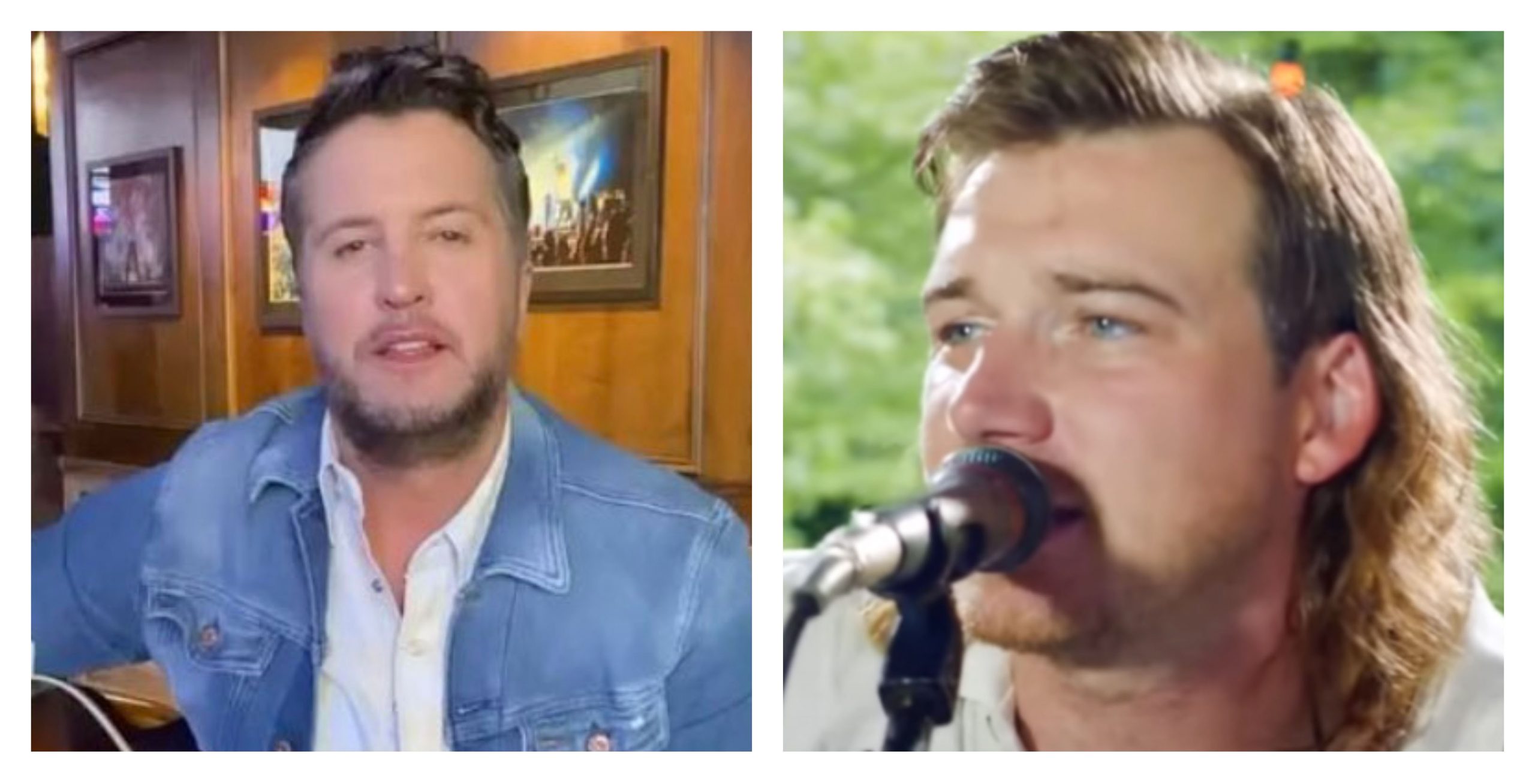 Country music fans are gearing up to watch the ACM Awards tonight at 8 PM EST. Unfortunately, two fan favorites won’t be making an appearance tonight. 13 News Now reports on the details about why Morgan Wallen and Luke Bryan won’t be present. Keep reading to find out more details.

Sadly, it nearly goes without saying that Morgan Wallen won’t be there tonight due to his controversy from earlier this year. The controversy stems from a video given to TMZ that shows the Country star using a racial slur in his driveway after a night out. However, his fans raised enough money to “Wallen-paper” billboards in Nashville to let the star and the ACMs know who their choice for Entertainer of the Year is.

However, from Morgan Wallen’s apology video and his recent handwritten letter to fans, the “Dangerous” singer isn’t calling for support. Notably, the ACM Awards isn’t the only thing that Wallen won’t be present for. In his letter, he explains that he won’t be on tour with Luke Bryan. He also won’t be at festivals this summer. Additionally, he calls for his fans to not sell their tickets, he still wants them to support other Country music artists.

Last week, Country Music Alley reports that Luke Bryan isn’t judging American Idol. Unfortunately, the singer has COVID. So, it isn’t a shock that Bryan won’t be a the ACM Awards tonight.

Last week, he takes to his Twitter to make the announcement. “I’m sad to say I won’t be a part of tonight’s first live @AmericanIdol show,” Bryan tweets. “I tested positive for COVID but I’m doing well and look forward to being back at it soon.”

I’m sad to say I won’t be a part of tonight’s first live @AmericanIdol show.  I tested positive for COVID but I’m doing well and look forward to being back at it soon.

While most of the Entertainer of the Year nominees will perform tonight, mostly pre-recorded, Luke Bryan still won’t be there. Excitingly, there will be an audience reports the news outlet. “The audience will be small and made up of medical and healthcare workers.”

Good luck to all my friends on the @ACMawards TONIGHT. It’s gonna be a great night for country music! #ACMAwards

Who do you think will win Entertainer of the Year this year? Do you think Morgan Wallen should have been allowed to be nominated for the honor? Let us know your thoughts in the comment section below. Come back to Country Music Alley for more news about your favorite Country artists.

Jimmie Allen Puts The APB Out On ‘On My Way’ With Jennifer Lopez
Kelly Clarkson Listens To Fans & Delivers — Here’s How
Maren Morris’ Tour Bus Is Far From Humble
Keith Urban Relies On Marital Devotion For Sobriety?
Miranda Lambert Voted One Of Most Influential People 2022