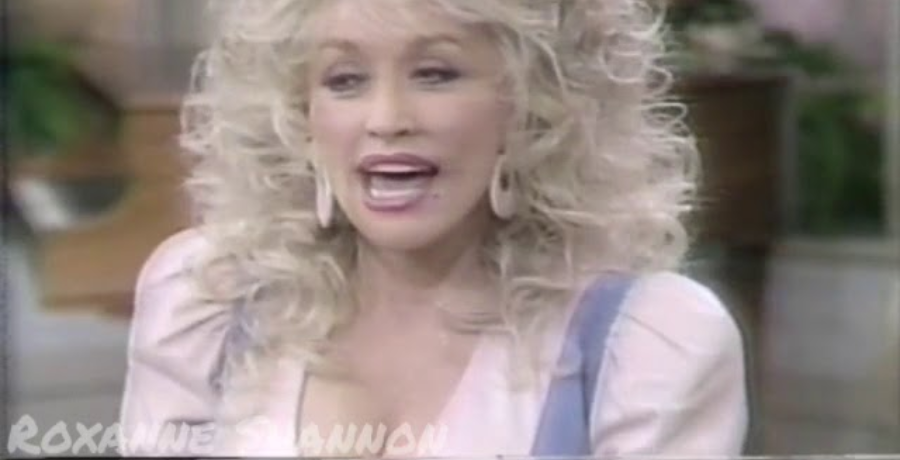 Dolly Parton understands what it is to earn nearly every notable career milestone. The entertainment legend one-woman philanthropic force also never forgets a friend. That being said, when Dolly’s good friend and America’s unforgettable morning host, Kathie Lee Gifford, earned her worthy recognition on the Hollywood Walk of Fame on Wednesday, (April 28) as Showbiz CheatSheet and Today confirm, the unmatchable artist stepped up to offer some of the sweetest, shining words of friendship and tribute for the once-in-a-lifetime accomplishment.

No one on earth embodies the positive spirit of Dolly Parton. Still, that never means that friend to go back as far as Kathie Lee Gifford and Parton do can’t share a little good-natured ribbing about getting older while they celebrate a special occasion.

Right after the Los Angeles City Councilman, Mitch O’Farrell, makes the presentation of the most famous block of sidewalk to Kathie Lee Gifford official, the host of the virtual ceremony introduces Dolly Parton. Fans need to jump ahead about 10 minutes in the Walk of Fame video from YouTube to him begin Kathie Lee’s look back on her career, and Dolly’s tribute opens just before 20 minutes.

Straight out of the gate, Dolly doesn’t shy away from age, offering herself as “your old girlfriend.” Parton playfully pokes that “Lord, we’ve been together so long, neither of us knows how to count that far– we’re that old!”

“It’s long overdue for you” Dolly Parton remarks of Kathie Lee Gifford’s recognition on the Hollywood Walk of Fame. Parton celebrated her luminary day back in 1984. “Wish I could be there in person,” Parton regrets. She supplies her own stardust for her longtime friend, making her hand into a celestial body as she says, “Shine, you star—shine!” adding her spirited giggle.

Kathie Lee Gifford and Dolly Parton have a lot in common

Dolly Parton has a way of speaking truth in love like no one else, either in song or with words. Whether she’s referring to Porter Wagoner or her banjo-playing mountain mentor, Perry Lindsey, Dolly tells the good and the bad without losing heart.

Kathie Lee Gifford and Dolly Parton didn’t start out geographically close, but both showbiz veterans were born entertainers. Gifford started out as a folk singer, not so different from Parton. She then took a gig as the “La-La girl” on Name That Tune. Kathie Lee not more than noticed. She garnered lots of fans and joined Good Morning America. Deep down, Gifford knew from the start she wasn’t destined for hard news journalism. She opted for a job as Regis Philbin’s co-host on a local affiliate show.

Early on, Kathie Lee Gifford demonstrated her natural ability to keep up with Philbin’s verbal volleys and do him one better. Live with Regis and Kathie Lee soared like a rocket ship to national audiences. Viewers adored the natural repartee and real-life sharing between the two. For 15 years, without writers, Regis and Kathie Lee created TV magic. Dolly Parton frequently witnessed the chemistry with her own eyes.

Kathie Lee’s husband, Frank Gifford, encouraged her to give the new fourth hour of Today a try, and at the same time, he assured Hoda Kotb that his wife would not merely be a consummate professional, but also would always “have your heart.”  Kathie Lee turned one year into 11 years of the dearest TV camaraderie ever.  Two women had never hosted together on major network TV.

Once more, viewers fell in love with the “laughter through tears” and the tissue box that always descended at just the perfect moment. In 2019, Kathie Lee Gifford truly celebrated a royal sendoff from Today, but she already decided on the place she would call home for her second act of life. She picked Nashville, just a stone’s throw from Dolly Parton.

Dolly and Kathie Lee are ladies of deep faith, who show their beliefs by doing instead of preaching. Parton continues as a beacon of light through the pandemic, and Kathie Lee Gifford didn’t write “Jolene” or “I Will Always Love You,” but her song, “He Saw Jesus” topped the iTunes charts in 2017 and reinvigorated her dreams to make music and movies– the same dream that simmered inside her as a girl. Dolly and Kathie Lee are both best-selling book authors. Gifford is already at work on her sixth book after It’s Never Too Late.  Dolly Parton’s Songteller: My Life in Lyrics is a gift to any loyal fan.

A common passion to help children gives purpose to Dolly Parton and Kathie Lee Gifford. Gifford’s  “life of activism” on behalf of children is one of the reasons the Hollywood Walk of Fame honor came her way. Dolly Parton constantly mentions how her involvement and founding of the Imagination Library is “one of the most special things” in her life. Almost 2,000,000 young readers surely agree.

We already knew @KathieLGifford was a star, but the Hollywood Walk of Fame just made it official! ⭐ pic.twitter.com/vnT5gZho9A

Two of Kathie Lee’s charities are named in honor of her children, now grown, Cody and Cassidy. Dolly Parton never became a biological mother, but in a very real sense, her sacrifice, generosity, and work allow her to be a mother to “everybody’s children,” as she often reflects.

As it happens, Cassidy followed her mom to Nashville, where she now lives with her husband, Ben Wierda. While her mom is happy about the move, it’s not the only reason Kathie Lee Gifford has a wistful smile. The star got “hand stars” from Dolly Parton, and her romantic stars are in line as well. She divulges that she’s “in a very special relationship” and doesn’t want to “mess things up” by spilling too many details.

Devotion is key to the nearly 55 years of wedded bliss between Dolly Parton and Carl Dean. “It’s just happy” Kathie Lee describes regarding her recent bliss. “I’m just so grateful” she gushes over being in a place where “every aspect of your life is good, that nothing’s missing, and that’s a beautiful place to be.”

No one wishes anything but more “beautiful” for the honored lady. She quips that “now people can walk all over me whenever they want” on Hollywood’s Walk of Fame. Yes, it’s true and every step covers the spot in love.