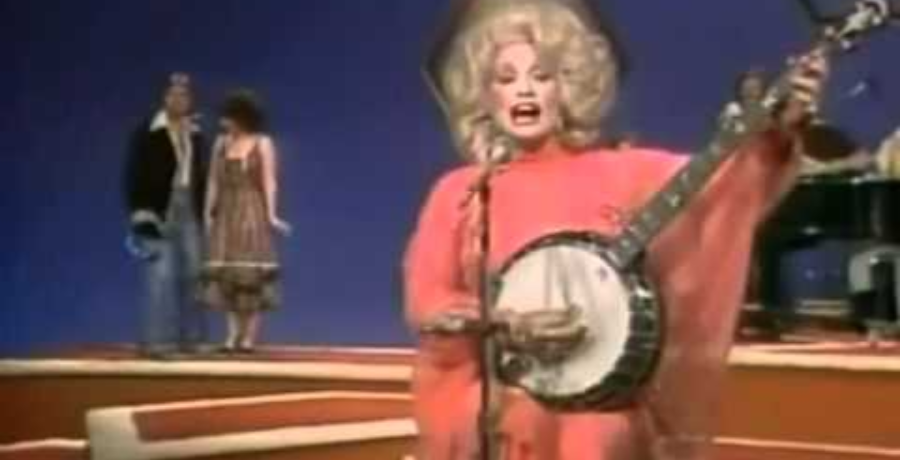 Songwriting marvel Dolly Parton creates songs as effortlessly as breathing. The country music queen keeps a writing pad and pens handy at all times. She still carries a Dictaphone, too. Dolly far prefers the old-fashioned tools to those of the digital age. Tennessee’s most beloved citizen transforms McDonald’s receipts into Dolly Parton classics.

An everyday sound or encounter sparks a song in Dolly Parton. Her clicking acrylic nails captured the sound of typewriters for the unforgettable “9 to 5” theme. Lily Tomlin and Jane Fonda still use the nail-click greeting whenever they share the joy of reuniting with their good friend. People from Dolly Parton’s youth in the Smoky Mountains conjure up in the artist’s creative mind and spirit, such as in the cherished favorite, “Joshua.”

“Applejack” is another Dolly Parton gem rooted in real-life people from the mountains, as ShowbizCheatSheet explores. In the case of this song, two men Dolly admired inspire the spirited story song, and a whole lot of friends and family join in the recording!

Dolly Parton often goes on rustic songwriting retreats close to the woods and nature. Sometimes, the prolific songwriter writes “24 hours at a time” if the spirit moves her. Despite her unquestionable talent and artistry, Dolly still feels creatively challenged, as she did in writing her original songs for A Holly Dolly Christmas, to lend a joyful boost to the 2020 season.

In her book, Songteller: My Life in Lyrics, Dolly Parton exuberantly describes the recording session as “such a fun thing.” Bob Ferguson, who also produced Bubbling Over, along with other albums, gave voice to the character of Applejack. It comes as no surprise that Dolly praises how “the stars loved the song and loved being part of what I was doing.” For her part, Dolly Parton assures “I loved the older folks so I just had to get them on that song.” Fans delight that she did.

For decades, the clawhammer style of playing banjo passed down from elder players to younger generations. Dolly Parton points out that she was the pupil of her great Uncle Philip on the instrument. She extols that her relative “played the tar out of that old clawhammer banjo” and graciously taught his great-niece in loving mastery.

“Sawdust” was the nickname given to the second inspiration for Dolly Parton’s anthem of homespun banjo artistry.  Perry Lindsey is the true name of the man who “lived up in the woods” and played his banjo to an audience of his hunting dogs and whoever was listening in the distance.

Dolly Parton’s mother cautioned Dolly Rebecca not to go to Perry Lindsey’s place. Nonetheless, as dearly as the daughter loved the matriarch who embodies “Coat of Many Colors,” the call of the man who played his instrument so beautifully proved irresistible. “I would sneak off to his place,” Dolly Parton confesses. Judging from “Applejack” and her banjo strumming through the decades, every minute was well-spent.

There’s little doubt that Dolly Parton feels forever indebted to the two men who gave their patience, time, and talents in teaching the young artist who would become a superstar and cultural phenomenon across all of entertainment.  Clearly, the bonds shared during days of banjo lessons evoke sweet memories as dear as the songs.

One memory of Mr. Lindsey is difficult for Dolly Parton to forget, even today.  “He stunk like crazy,” Parton recalls.  Even so, no odor detracted from the divine ring of his banjo strings. “Well, I’ll just hold my nose and go,” Dolly determined.

Dolly Parton’s playful, spirited title character of “Applejack” is likely more enticing than Uncle Philip or Perry “Sawdust” Lindsey to listeners. Still, the generous souls and spirits of these musicians ring through every Dolly Parton song and live on in history forever.

Which Dolly Parton song is your favorite?  Leave a comment and check back with Country Music Alley every day for all the news you never want to miss!