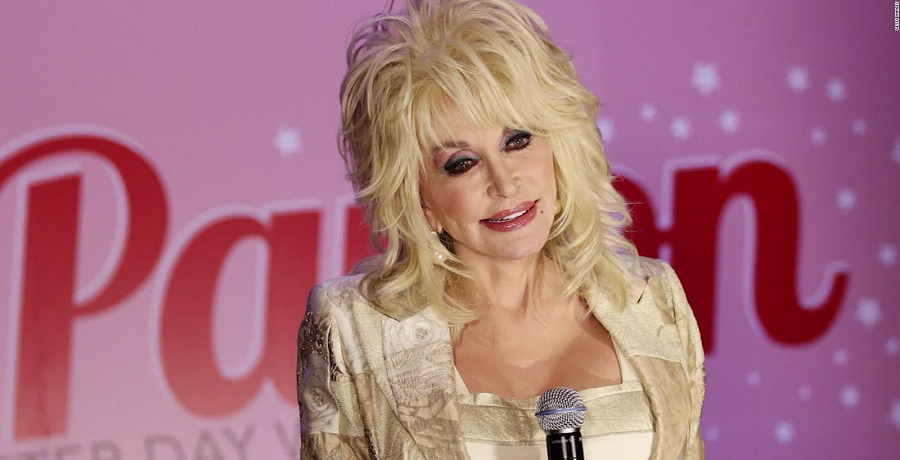 The national treasure and all-around entertainment wonder, Dolly Parton, never meets a stranger. Whether the songwriter, singer, author, and actress is in the studio, on stage, or reading a story to an enthralled audience of children, she immediately makes everyone her friend. Her songs do more than reverberate with the raw, real feelings of life’s surprise, joy, and pain. Dolly Parton’s humanity and spirit ring out in all she does, including her film career.

The passing of Olympia Dukakis prompted tender remembrances from most of her costars and stage partners. The Oscar-winning Moonstruck star celebrated her trophy in the same year her cousin, Michael Dukakis, launched, and lost his Democratic presidential run. Nothing about Steel Magnolias was a loser with fans in 1989. The BFF and exquisite gal pal power portrayed on screen by Dolly Parton, Dukakis, Sally Field, Shirley MacLaine, and Daryl Hannah endeared millions of fans forever. Many quote favorite lines flawlessly to this day.

As Yahoo! News confirms, Dolly Parton keeps things very personal in her tribute to Olympia Dukakis, whose passing was reported on May 1. The storied actress of stage and screen remained committed and courageous as a performer to the very end. For Dolly Parton and many more, she was a cherished “good friend.”

Friendship is more than a scene to Dolly Parton

For some stars, the affection in relationships comes and goes like the next role in a big production. Dolly Parton remembers real friends and shared history. She truly does seem to have a story with nearly any person she encounters in life, and always has something good to say. Dolly celebrates Kathie Lee Gifford in her recognition on the Hollywood Walk of Fame, mimicking stars for the newly placed star in a Country Music Alley feature.

In her unforgettable portrayal of Clairee Belcher in Steel Magnolias, Olympia Dukakis was a fixture at Truvy’s beauty shop, where styles in the “Hairdo Hall of Fame” got recognized daily. Even in character, Dolly Parton keeps the conversation and the daily mood lifted for her regular ladies, despite the verbal volleyball between Clairee and Ouiser Boudreaux, who generally wakes up with a disagreeable demeanor every day, but the girls can’t live without her. Shirley MacLaine masters being simultaneously magnificent and malicious on screen. “Laughter through tears is my favorite emotion,” Dolly Parton echoes as Truvy. No doubt, the co-star senses that same mix of feelings in the loss of her friend.

Much more than hours spent on the set

Dolly Parton calls Olympia Dukakis “one of my favorite people that I have ever known or worked with,” she relates in a social media post. Parton and Dukakis didn’t share many one-on-one shots in the highly successful film. Still, the country music legend feels the same “gift” from the veteran that Sally Field expresses. “I really got close to her and felt like we were good friends,” Dolly closes in one post.

In a continuation of her thoughts, Dolly Parton reflects that she knew Dukakis as “such a quality human being” who is already dearly missed. All the cast of this enduring family drama centered in the solidarity of friendship fondly recalls Olympia Dukakis. The same cannot be said of the director.

I was so sorry to hear that Olympia Dukakis had passed away. She has been one of my favorite people that I have ever known or worked with. I really got very close to her and felt like we were good friends. (1/2)

Even though I didn't get to see her much, I thought of her often and knew that she was such a quality human being. She will be missed by her fans, her family, and those of us that were lucky enough to get to know her personally. – Dolly (2/2)

Dolly never said she was an actress

“I’m not an actress,” Dolly Parton admits to the director, Herbert Ross, in a ShowbizCheatSheet revelation on the making of Steel Magnolias. “I’m Dolly Parton.” She further reminds the director that it’s his job to make her “look like I’m acting.” By the end of the film, Parton insists that everyone made peace as friends.

Ross was also tough on Julia Roberts, for whom the film was a true breakout success. The director balked at working with a new actress, but fans can’t see the drama any other way than with Roberts as the beloved daughter of M’Lynn, Shelby. Shirley MacLaine remembers Ross as “basically, a choreographer,” used to demanding his way with dance moves, and often “very stern” and “very harsh” with his directives. It just so happens that the more difficult the director became, the deeper the bond grew between the connected female cast. In the end, it was the seasoned stars, Dolly Parton and MacLaine, who would stand up to him. “We hated him so much we would go after him,” Sally Field affirms.

IMDB ranks Steel Magnolias second among the 10 best Herbert Ross films, with Footloose coming in at 10. The drama owes its acclaim to the ladies who stood up and stood their ground in believing in their talent.

As a girl, Dolly Parton dreamed of becoming “The Girl in the Movies,” just like her song from Dumplin.’ Her grit, determination, and utter dedication earned her the opportunities that opened in every area of performing. Dolly didn’t even mind doing everyone’s job.

Dolly saw movies just like the plays she knew from school. She learned every line– of every part– just like she prepared in school, in case something happened. Parton is a believer in preparedness since her childhood— she stays makeup-ready, no matter the time of day.

Speaking of beauty, Dolly Parton and Daryl Hannah really cut real hair in those many beauty shop scenes. Before Dolly launched her own beauty line, she spoke of a new career that nearly came to pass at the 30th anniversary of Steel Magnolias. “I had to go to beauty school,” Parton explains in an Entertainment Tonight video peek. “So now, all my family wants me to cut their hair– and I’m not gettin’ paid for it,” the scream star asserts. “I didn’t really want another career.”

That kind of humor kept Dolly Parton and all her castmates smiling through the hot months of July and August in Natchitoches, Louisiana, even when the script designated sweaters for the Christmas season. Together, friends can get through anything and the good memories live forever.

Don’t forget Clairee’s endearing assurance to Ouiser, “I love you more than my luggage.”

Don’t forget to check into Country Music Alley for more of the latest happenings with music and their favorite stars!