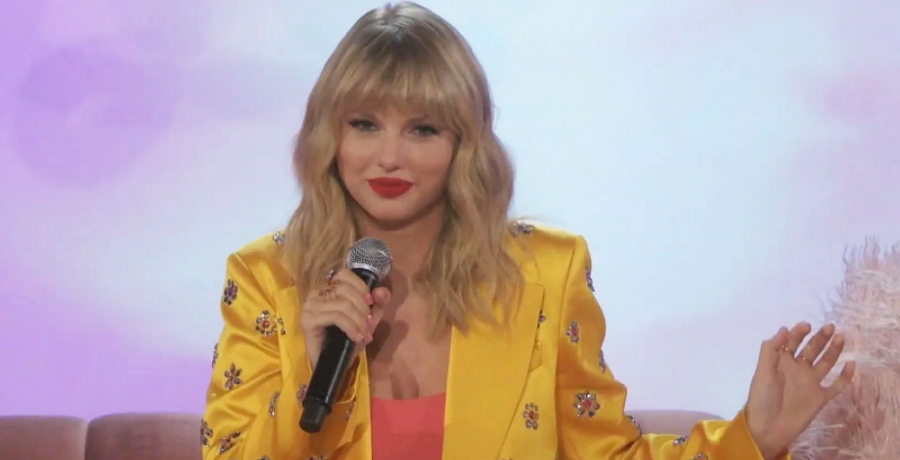 Taylor Swift fans want the singer to collaborate with her boyfriend Joe Alwyn once again. This comes after the British actor won his first Grammy Award for his contribution to Folklore. During the album’s release, Swift and Alwyn kept their collaboration a secret. Yet, fans didn’t recognize the name William Bowery, which was under the album’s credits. In her Disney+ documentary film, Folklore: The Long Pond Sessions, Swift confirmed that William Bowery is indeed Joe Alwyn.

Last month, the Recording Academy awarded Alwyn for his work on Folklore. He received credit as a producer on the album. Not only did he help come up with the lyrics for some of the tracks, but he also helped with co-producing efforts. Now, fans are hoping that their collaboration will continue.

Will Taylor Swift collaborate with Joe Alwyn again? Fans sure hope so. The trailer for Alwyn’s new Netflix dropped this week. Now, fans are hoping that Swift will work on music for the new film. On Tuesday, May 4, Netflix debuted the trailer for The Last Letter From Your Lover, which is based on the Jojo Moyes novel of the same name.

The new film stars Joe Alwyn, alongside Callum Turner, Felicity Jones, Nabhaan Rizwan, and Shailene Woodley. Since it dropped, fans are hoping that Swift will provide music for the film’s soundtrack. The movie will premiere on the streaming platform on July 23, around the one-year mark of Folklore. The movie is about a journalist (Jones) who comes across letters written between a couple in the 1960s’ and is curious to learn what happened to them.

THE LAST LETTER FROM YOUR LOVER, a sweeping romance film based on the book by Jojo Moyes and starring Felicity Jones, Shailene Woodley, Callum Turner, Joe Alwyn, and Nabhaan Rizwan. On Netflix July 23 in select territories. pic.twitter.com/64VC6LmoYV

The romance between the couple is similar to the track “Illicit Affair.” Fans are calling for the track to make it onto the film or at least the soundtrack. Others are wondering if Swift previously teased that the song was made for the movie, a year prior. The 31-year-old is known to leave hints for her fans.

It’s unclear whether Taylor Swift will work on the soundtrack. She previously teased the new version of “Wildest Dreams (Taylor’s Version)” for the new animated film Spirited Untamed. However, only the snippet is heard in the trailer. It’s unclear when the full-length version will drop. Fans are impatiently waiting for news on 1989 (Taylor’s Version).

Whether Swift ends up on the soundtrack or not, this movie has received a lot of praise. It’s also the perfect time for fans to see Alwyn show off his acting chops since he’s only had supporting roles. Augustine Frizzell (Euphoria, Never Goin’ Back) directed the film from the screenplay written by Esta Spalding and Nick Payne.

Alwyn will make an appearance in the film with a cigarette in his hand. He reads a newspaper as he does a lot of brooding and drinking. It’ll be interesting to see his role in the film. What are your thoughts? Do you think Taylor Swift should provide the music for the movie’s soundtrack? Sound off below in the comments.