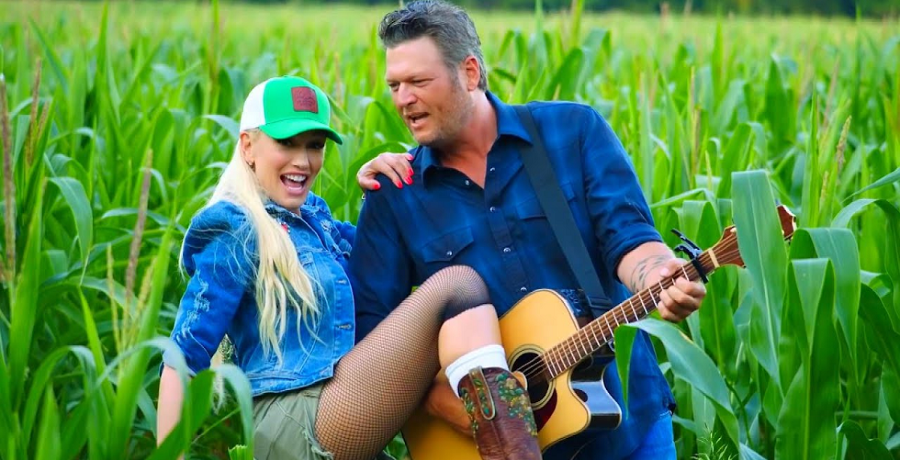 Gwen Stefani stepped out in Beverly Hills this week. The No Doubt singer dressed like a cowgirl as she went jewelry shopping. On Wednesday, May 12, The Daily Mail published the photos of the “Slow Clap” singer running errands in the area. The 51-year-old singer wore a head-to-toe cowboy look.

Gwen makes it clear that she’s influenced by Blake Shelton’s country life. She has also found a greater appreciation for country music. The singer is so grateful to work with Blake on many duets. However, she gets so mad when he doesn’t want to write songs with her anymore.

On Wednesday, Gwen Stefani stepped out in a long pink cardigan that featured red, white, and blue feathered wings. She paired the look with a pink T-shirt that showed a cartoon couple hugging with the message “Forever” written underneath. The former ska-punk singer also wore faded and embellished jeans tucked into her stylish cowgirl boots. She finished off the look by covering her face and nose with a red bandanna.

The singer went jewelry shopping in Beverly Hills. In October 2020, Gwen and Blake announced their engagement on social media. The pair first met in 2014 when she joined the cast of NBC’s singing competition The Voice. Gwen and Blake are currently planning their upcoming summer nuptials. In addition to appearing on The Voice together, they have also worked on many musical projects.

Gwen Stefani and Blake Shelton made a recent appearance

Previously, The Daily Mail published the photos of Gwen Stefani and Blake Shelton in Los Angeles in time for Mother’s Day. The couple spent time with Gwen’s family during that time. Both Gwen and Blake were dressed casually for the event. The “Let Me Reintroduce Myself” singer wore an olive green jacket over an orange animal print hooded shirt, a gray graphic print T-shirt, and distressed jeans.

She paired the look with tan fringed boots, layers of gold necklaces, and light makeup. Gwen kept her signature platinum blonde hair up in a top knot and she held a bouquet of flowers in her arms. Meanwhile, Blake wore a dark blue button-up shirt with a pair of light-wash jeans. The “Minimum Wage” singer paired his look with a gray trucker cap and brown work boots.

The couple was all smiles as they spent time with Gwen’s family. Fans are still not sure how the two ended up together. Even Blake admitted that he’s still in disbelief over their relationship. In an interview with People, Blake didn’t think he would end up dating the “Cool” singer.

He recalls a time when Gwen rolled up to The Voice in a black minivan. Blake recently recounted his time on the show. He is grateful for the friends he made, as well as his famous fiance. Check back with Country Music Alley for more news on Gwen Stefani and Blake Shelton.