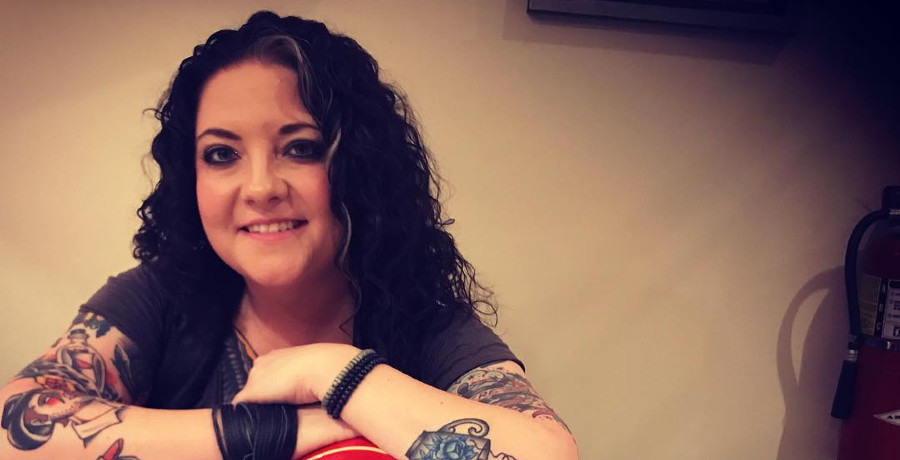 It’s hardly a secret that Ashley McBryde is a superlative storyteller in country music.  Whether it’s the rollicking, ruinous riffs and ride of “Martha Divine” or “One Night Standards,” the Arkansas-born singer-songwriter lays out truth as bold as her tattoos.  Another thing that’s no secret is that Ashley McBryde boldly wears her heart on her sleeve.  In a feature for American Songwriter, McBryde vividly recounts the writing for “Girl Goin’ Nowhere,” and how a day of heartbreak broke ground for the artist’s groundbreaking, and much-deserved breakthrough in her industry.

Back in the spring, Country Music Alley covered the news of Ashley McBryde’s honor in being chosen as the Country Music Association’s first Artist Ambassador of United Voices for Music Education.  In conjunction with the prestigious honor, Ashley not only exemplifies the importance of music education to schools and students, but also develops lesson plans to last into the future.  She glowingly asserts that music education brought “an enormous impact to the musician and writer I am today.”

Speaking of lessons, Ashley McBryde had to do some study of her own to get familiar with Jeremy Bussey before their first co-writing session.  Sadly, some shocking news shook McBryde amidst her research.

“I didn’t know anything about him,” Ashley McBryde confesses prior to their meeting.  Bussey already cut tracks with a high-powered roster of country music stars, including Travis Tritt, Brantley Gilbert, Jason Aldean, and Luke Bryan.  It’s a common mistake how most people assume that everyone in Nashville or country music knows every other person in country music.  As McBryde scrolls through social media, she gets a jolt she never expects.  She finds a photo shared by Goose Gossett of venerable songwriter, Guy Clark.  The caption read “Thank you for teaching me how to write songs, even though you never met me.”

“I knew what that meant,” Ashley McBryde reflects.   The forlorn artist concedes, “I knew that Guy was gone.”  While she admits that Guy Clark was on her “bucket list” of heroes, she never conceived of writing a song together in her mind.  On the contrary, she dreamed of smoking a cigarette with Clark, exalting that “I think that would probably be the best cigarette of your life.”  Countless more artists join Ashley McBryde in that dream and consider Clark an alternate musical hero.

Not so presentable for a first-time introduction

Needless to say, with obvious tears in her eyes and “mascara everywhere,” Ashley McBryde certainly feels that writing for the first time together is impossible.  Jeremy Bussey, however, hears out McBryde apologies and caused her to  “wash your face” and pull herself together so the creative partners can “chit-chat.”

As it turns out, the two musical compadres find a lot in common,  They’re both from “A” states—she from Arkansas, Bussey from Alabama.  Both trade stories of dreams of coming to Nashville.  Each shares similar aspirations to make money by writing great songs.  It would be another year before Ashley McBryde would make her Grand Ole Opry debut in 2017.  Nonetheless, Jeremy Bussey challenges McBryde  to write ” a song good enough that Guy Clark wouldn’t be upset if he I do listen to it.”  McBryde feels elated when her collaborator didn’t ask whether she took her meds that day.  Clearly, the connection clicked between the partners, and “Girl Goin’ Nowhere” was born.

The song flows right from the memory of Ashley McBryde, nearly word for word.  In front of McBride’s classmates, a teacher shamed Ashley and her dream of musical success, dubbing it “stupid.”  Those mean-spirited words never manifested as prophetic. Instead, they propelled Ashley McBryde to strive for success as her own person, never falling into anyone’s mold.  Jeremy Bussey came to Ashley’s side as a producer-collaborator once more on “Hang in There Girl” from her Grammy-nominated Never Will album in 2020.

Collaborators are clamoring to work with Ashley

In the course of life, the greatest moments of hurt transform into vessels of healing for others, if only the wounded remain willing to share.  In country music, like no other genre, pain evokes the songs that resonate within hearts and souls forever.  Ashley McBryde not only takes the stage regularly now at the Grand Ole Opry, she takes the national stage on CBS for “Saturday Sessions,”  the CMT Awards and any other stage she chooses.  The invitations roll in.

Creative collaborators come calling for Ashley McBryde, too. Garth Brooks let it slip (on purpose, no doubt) that he was delighted to be writing with Ashley this spring. The indisputable country music hitmaker calls just watching McBryde work “amazing” and “pretty friggin’ cool.”  Without a doubt, fans can’t wait to hear the results of those sessions.

It only takes one song to change a life forever.   Ashley McBryde knows that from both sides of making it happen.

Stay tuned into Country Music Alley to keep you listening and loving the latest new music!