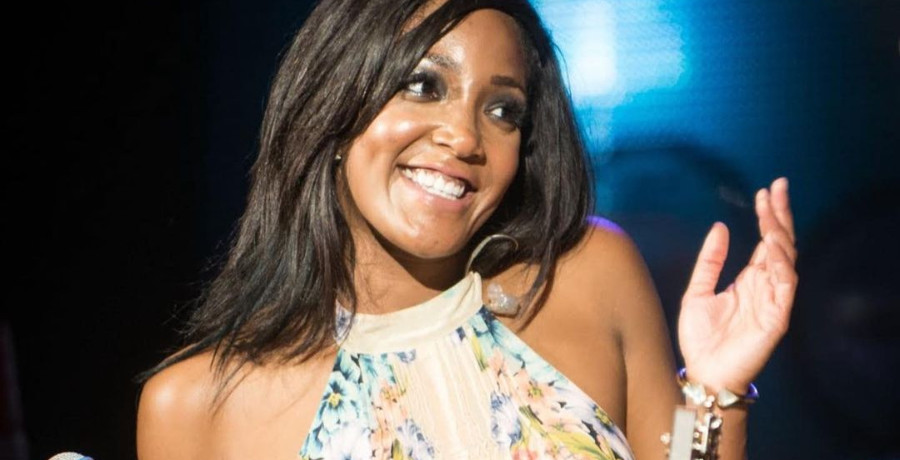 Country music songstress and powerful truth-teller Mickey Guyton delivers her piercing, personal truth with a vocal prowess that makes her impossible to miss.  The “Black Like Me” singer-songwriter saw the power of a single song create the singular moment which sparks the song to resonate within countless hearts, to an audience of all colors, amid a global pandemic.

Mickey Guyton credits God for the hard-won, still marvelous phenomenon.  In truth, however, this artist’s shining moment serves as a testimony to more than a decade of doing everything possible to prove her talent, to prove that she deserves every minute on the stages she takes now.  Her Grammy nomination stands in the historical record books as further recognition of the vindication she earns now

Like so many of her country music cohorts, Mickey Guyton feels the urgency of giving back to her core. Thus, in the spirit of unity and gratitude, Mickey takes the stage, along with Keith Urban, Maren Morris and her hubby, Ryan Hurd, Carly Pearce, Lee Brice, Trisha Yearwood, and other artists for the ACM Party for a Cause, as Taste of Country and People confirm.  Performing is what every Country artist dreams of and lives for, and when the funds go to help those in need in the country music family, the joy is all the sweeter.

No fan nor anyone in earshot likely forgets the presence or the emotional gut-punch of Mickey Guyton’s 2020 ACM Award performance of “What Are You Gonna Tell Her” almost a year ago. Country Music Alley took the lead as one of the first sources to cover the pivotal night. At the time, Mickey was a vision as a madonna in glistening, sequined white, pregnant with her precious baby son, Grayson, and expressing the conviction of every mother through her heartfelt song.

Guyton still goes for white in her Party for a Cause offering, but her mood and spirit, like her look, are quite different.  The “Remember Her Name” artist selects a lacy, luminous white miniskirt and blue velvet hip boots with laces and straps to set off the high heels.  There’s no hint of baby weight anywhere on the body of the doting mom in any angle of several photos.  Still, Mickey Guyton is singing her heart out and celebrating a great night. No doubt, she’s giving fans a sneak peek of songs from her full-length debut album, out September 24.

‘All American’ rings with unity

While Mickey Guyton definitely deserves the nod for the dressiest ensemble for the charitable evening, no dress code was necessary to see that Keith Urban and Sam Hunt had a splendid time strumming every lick.  Mickey’s Arlington, Texas country music sister, Maren Morris, sported her Stetson cowgirl look and went romantic with Ryan.  Carly Pearce took her torn jean shorts seriously, even when singing her hit duet, “I Hope You’re Happy Now,” with Lee Brice. In more classic style, Trisha Yearwood chose a pantsuit in closing out the evening.

Public-health restrictions under the pandemic prevented Party for a Cause from setting up its musical shop in its usual haunts in Las Vegas.  Nashville’s Ascend Amphitheater demonstrated a true down-home welcome for the star-studded event.  Additionally, all attendees had to provide proof of vaccination or negative tests for the virus.  Regardless, the entertainment was worth every minute for the event that raises $3.5 million (per press release) for those in need in the music industry.

An anthem for common ground

Coincidentally, in her newly-released song, “All American,” Mickey Guyton reminds everyone that country roots go much deeper than color, and it takes every color to bring out true dimensions.  Throughout the video for the track, Mickey strolls barefoot through the grass, asserting that we all are “the lines on the interstate ” and “the dust on the back road.”

Guyton and her “dream team of female writers,” Karen Kosowski, Victoria Banks, and Emma Lee conjure virtually every image of growing up and “country culture” today’s realities.  “Ain’t we all All American?” Guyton emphatically inquires through the soaring chorus, yearning for “one big small town,” accepting of every neighbor.  Despite differences “in a million ways,” everyone hopes for a home of acceptance from the heart over the pain of prejudice.

Dressed up or dressed down, on stage or just living life, Mickey Guyton spreads the blessing of diversity, inclusion, acceptance, and finding common ground.