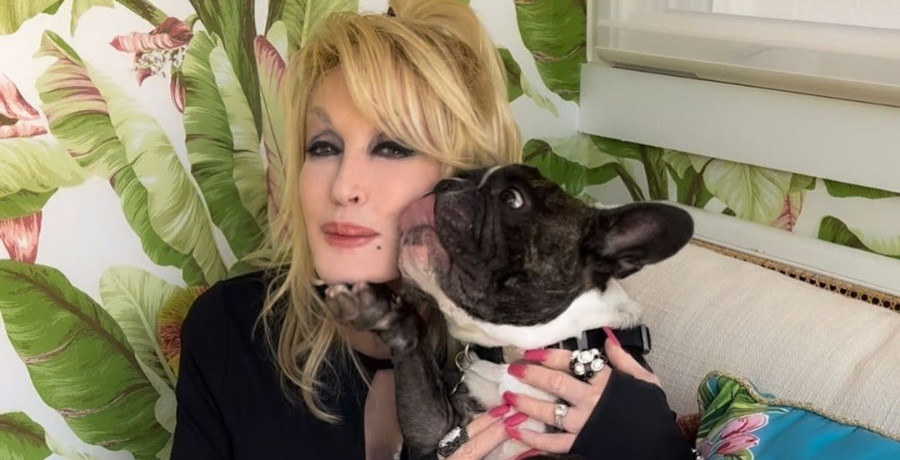 It’s no understatement to say that Dolly Parton is a born visionary.  Long before vision boards were a thing, little Dolly Rebecca Parton sensed her destiny.  Her first song, “Little Tiny Tasseltop” came tumbling out before the unparalleled singer-songwriter knew how to read or write.  Just five years later, Dolly and her beloved uncle, Bill Owens, who passed away in April, took to the road, traveling to every radio show and tiny community venue that a tank of gas could reach.

In her heartfelt eulogy to Owens, Dolly Parton praises that the “greatest thing he ever did for me was to help me see my dreams come true.” With moving succinctness,  the doting niece declares “I wouldn’t be here if he hadn’t been there.”

With her typical candor and humor, Parton teases in the pages of her musical memoir, Songteller: My Life in Lyrics, and in her Time-Life anthology that Uncle Bill’s bedroom was in the front seat and hers was in the back during those traveling days.  Even then, however, Dolly Parton possessed the dream and a vision that her career would allow her a home of peaceful refuge beyond all she could afford or dream at the time she signed on a dotted line, as a CheatSheet feature relates. Dolly always has a knack for perfect timing and divine providence doesn’t hurt, either!

Mississippi dreams made real for Dolly Parton and Carl Dean

“My husband Carl and me was dreamin’ fools ‘bout a house,” proclaims Dolly Parton of her early married years. The couple cherished anniversary trips to Mississippi and seeing southern mansions.  Parton never failed to pack “this old camera” to capture countless pictures of the kind of place they yearned to own one day.  Once home, the two place “a porch here” or “a pillar there” like a perfectly assembled puzzle in their minds.  The shared vision fuels their energy even further.

Believing before the means

Beyond her deep faith in God instilled from her childhood,  Dolly Parton adheres to “special mental powers,” as a Rolling Stone writer ascribes to her.  The “Coat of Many Colors” artist who grew up in a one-bedroom cabin with her parents and 11 siblings affirms that while struggle and lack are realities of life, seeing oneself as poor is a choice.

Dolly Parton certainly understands hunger as something far beyond a cleanse or a diet.  She recalls to her core being thankful for the warmth, however temporary, that “As soon as I’d go to bed, the kids would wet on me.  That’s the only thing we knew in the wintertime,” as noted in another CheatSheet revelation.  Dolly describes the experience as “our most pleasure,” so long as the cover didn’t get fanned and let in a draft on the brood!  Country Music Alley conveys the country music legend’s reflections of her dutiful father trying to fend off the brutal cold by starting a morning fire each day.

A refuge worth everything

Even after the success of her songwriting and unceasing work ethic, Dolly Parton says she always hears the voice pertaining to her mother, and how $20 was a year’s worth of clothes for the Parton clan. Still, Dolly completely owns up to her penchant for wigs, high heels, and those acrylic nails that birthed her “9 to 5” theme song.  Parton is never against spending considerable sums for her performance wardrobe.  She has a devoted team to keep her costumes in prime condition.   When it comes to everyday wear off-stage, though, she takes “off the rack” quite often and “Dolly-izes” them as she likes.

As it happens, however, their dream home was quite another matter for Carl Dean and Dolly Parton.   The “My Tennessee Mountain Home” songwriter scouted “all over Tennessee” for the forever home with “hills in the front and a stream around it.”  Clearly, steady patience and faith pay off. Dolly contends that she “knew that house before it was built and I built it long before we could afford it because I knew we’d be able to—someday.”

Well, someday is here many times over for the Parton-Dean’s, as Dolly’s passport reads.  Nonetheless, Dolly Parton seems in continuous creativity, always noting that she has too much to do to retire or die.  The committed couple, married 55 years as of last Memorial Day, savors the tranquility and quiet of their expansive, but protected retreat.

It pleases Dolly Parton to know that the lovebirds could “be stark naked and nobody’d see.”  Private views are completely obscured and a “bitty bridge” prohibits anything like a tour bus from entry.  As for Carl Dean, he never has to work, but he chooses to continue his vocation in the asphalt paving business.  He “keeps our farm in order” his wife assures.  He does the occasional driveway or grating for a friend with the equipment he still owns and maintains.

All-in-all, Dolly Parton and Carl Dean are happy to entertain the chickens and the cows and their invited “special people” to their serene abode.  Most of all, they celebrate each other in the “quiet, homey place only they know as home.