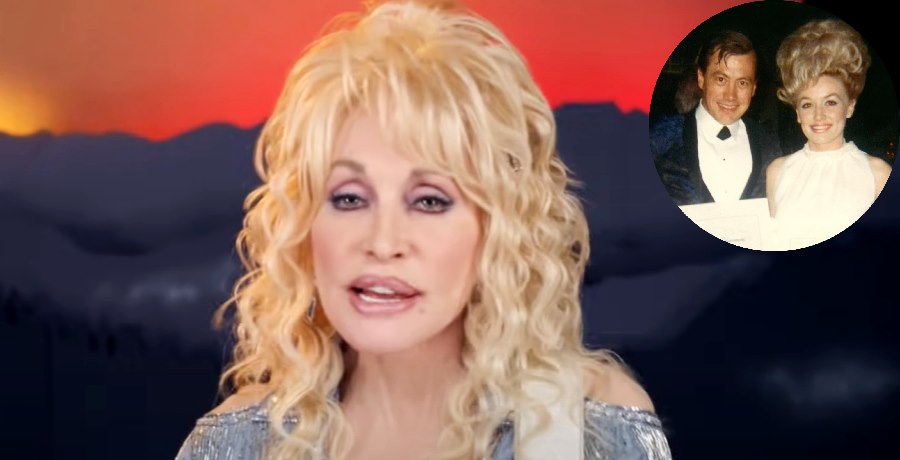 The year 2021 already brings Dolly Parton a great sense of fulfillment, and yet, another painful passing within her family.  The country music legend announced Wednesday, April 7, that her uncle, Bill Owens, “Billy Earl Owens” to his wide, loving circle of friends and family, passed away at age 85. 10 News of WBIR and a Today feature confirm the news.

Only last week, Dolly Parton played the obedient patient as country music’s most beloved senior, receiving her second dose of the vaccine. Country Music Alley covered the joyous occasion of the philanthropist becoming fully inoculated.  Woefully, no vaccine or medication keeps dear ones alive forever, even with cryogenics.  Time, love, prayers, and holding cherished music and memories close soothes the grieving niece and her family in this tremendous loss.

More than anything, Dolly Parton songs celebrate the eternal gifts of life and love.  Above all, the unparalleled songwriter celebrates her uncle’s constant, unwavering support and his exuberant inspiration in her heartfelt eulogy. Uncle Bill inspired Dolly to believe in her dreams, and that power is as timeless as her talent.

Bill Owens believed in Dolly Parton and her dreams

Countless fans are familiar with Uncle Bill’s presence and persuasion within the Parton family.  The maternal uncle always shared a few cents, literally, with Dolly and her siblings, and most of all, he saw the spark and spirit within Dolly Parton that was more dynamic and determined than any artist he ever encountered.  When Robert and Avie Lee Parton pleaded to keep their daughter “a little girl” for a little longer, Owens defended that she was ready to make her mark in country music.

“I bet a lot of our own relatives don’t even know all the great things that Uncle Bill did-behind-the-scenes through his life,” Dolly Parton extols in her Facebook post.  “The greatest thing he ever did for me was to help me see my dreams come true,” Dolly continues.  “For that, I will be forever grateful,” the gracious niece insists.

“I’ll start this eulogy by saying I wouldn’t be here if he hadn’t been there,” Dolly Parton praises.  She lovingly credits how Owens was “there in my young years to encourage me to keep playing my guitar,  to keep writing my songs, to keep practicing my singing.”

Dolly and Uncle Bill took to the road for radio shows and local events when she was about 10.   Parton teases in her Time-Life anthology that her uncle’s bedroom was in the front seat and hers was in the back.  His presence on stage was a priceless gift to young Dolly Parton, “where he was always standing behind me or close beside me with his big ol’ red Gretsch guitar,” the budding superstar recalls of her main confidence booster.

Dolly Parton and Bill Owens made the most of every moment

In fond remembrance, Dolly Parton credits the selflessness of her uncle, a sought-after musician for many artists.  Nonetheless, in spite of his busy schedule, he took Dolly back and forth to Nashville and got his niece her first job on the Cas Walker Show.  Bill also made the rounds knocking on the doors of endless publishing houses to get introductions for Dolly or deals for them both.

One of those deals happens when Dolly Parton and Bill Owens sign with Monument Records in 1965. The relatives quickly get down to business, writing the songs “I Wasted My Tears” and “What Do You Think About Lovin.’” When Dolly comes up with her first chart hit for the label with “Happy, Happy Birthday Baby,” the label owner, Fred Foster, doesn’t know what to make of Dolly’s high, lilting range. He proposes that her artistic future might flourish as a rock star.  Of course, in all she does, Dolly Parton remains a rockstar, and it all started with Uncle Bill Owens.

Bill Owens and Dolly Parton co-wrote “Put It Off Until Tomorrow” and garnered the BMI Song of the Year in 1966, as Parton notes.   She offers another 800 songs to the credit of Bill Owens.  Loretta Lynn, Kris Kristofferson, Porter Wagoner, and Ricky Skaggs are among the artists with Bill Owens songs in their recording repertoire. Don’t be surprised if Dolly Parton does some more digging to unearth more of their collaborations together.   Music and memories ensure that the sacred circle indeed remains unbroken.

Dolly Parton describes herself as “a spirit person,” and she aims to “be a light” and speak light into all she endeavors.  Her intuitive faith comes from her mother and her grandfather, a pastor. The celestial songwriter prays for peace daily, and strongly feels that her husband, Carl, gives her messages from God to calm her soul.  Still, the loss of any loved one is painful, especially one so pivotal across every decade of life.

Dolly Parton usually looks forward to writing a new song for her birthday every year.  In 2021, however, the birthday joy quickly gave way to grief for the Parton clan in the loss of Dolly’s younger brother, Randy, two days after her birthday.  In characteristic fashion, the “I Still Believe” singing sister moved past sadness to let love and faith shine.   She reflected that her sibling was “safe with God” and surely holds memories of their session recording “You Are My Christmas” from her 2020 Yuletide gem, A Holly Dolly Christmas. She also celebrated their duet, “Old Flames Can’t Hold a Candle to You.”

A sacred date to circle on the calendar

“I knew my heart would break when he passed, and it did,” Dolly Parton confesses.  Even in these circumstances, though, the tenderhearted niece has something to treasure and look forward to from Uncle Bill.

Dolly Parton makes no secret of her plans to be there for the unveiling of a “secret song” stashed away at her DreamMore Resort in 2045. Parton teases that she only hopes the song will play.  The sonic treasure is tucked into a hand-carved wooden box, created by Bill Owens.  Like music in the Parton family, love fills every grain and turn in the homespun container.   From her lips to God’s ears, let Dolly be there to hold another gift of love, music, and memories created with her dear uncle.