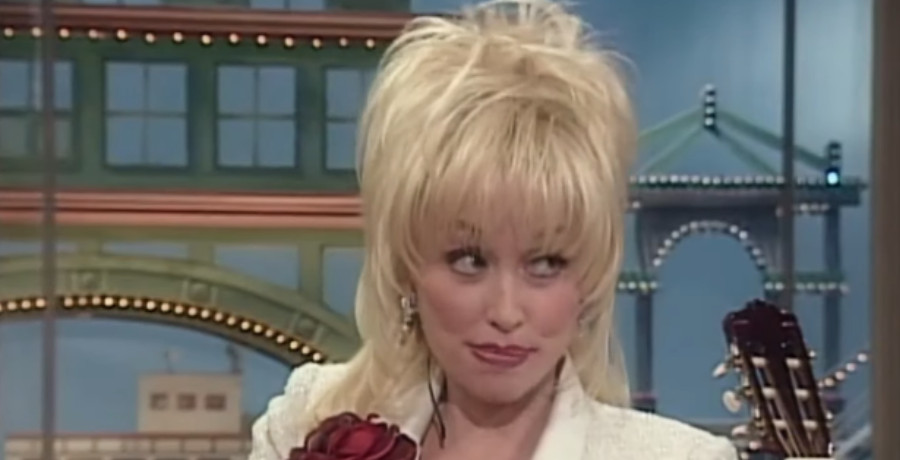 Despite the endless public speculation and presumptions, Dolly Parton consistently makes it abundantly clear that Carl Dean is the man who holds her heart for life.  She met the striking and strapping young man in the paving business just one day after her arrival in Nashville in 1964, outside the Wishy Washy Laundromat.  As they say in rural Tennessee, as Dolly knows, Carl Dean cleans up “real nice,” and both smitten sweethearts knew they already had their “one and only” that very day, as Country Music Alley conveys.

After two years of dating, Dolly Parton and Carl Dean exchanged wedding vows on Memorial Day weekend in 1966.  Fortunately, Dolly’s mother, Avie Lee, provides the one and only portrait of the bride and groom for posterity, as her daughter notes in her memoir, Songteller: My Life in Lyrics. In celebration of 50 years together in 2016, Dolly Parton fulfilled her vision for her dream wedding as she and Carl Dean renewed their vows.  A cherished few photographs became prized auction items, with all proceeds going to children’s causes.  Only that purpose and mission earned Carl Dean’s approval for the rare release of the images.

Before faithfully adhering to her wedding bonds, however, Dolly Parton confesses that she took her chances with boys, even in grade school, it seems, as Yahoo News and Showbiz CheatSheet confirm. A classic game of chance brings Dolly Parton’s first “real kiss.”  Still, the unparalleled singer-songwriter of classics like “Coat Of Many Colors” and thousands more proves that just because a boy gets the kiss doesn’t mean he ends up with the girl!

The perfect occasion for a kiss

“Lord, have mercy!” Dolly Parton exclaims over the very recollection of her first kiss.  “I think my first real kiss was still in grade school,” the country music marvel admits.

Naturally, a party is a perfect reason for games and no one turns down a round of the old favorite, Spin the Bottle, at a friend’s party.   Of course, Dolly Parton never turns down the smooch from a willing boy.

“I got my first kiss from a boy there, a different boy than my first crush,” Dolly relates.  In the end, both parties are pleased with the outcome.

“I was happy that it landed on one of the cute boys,” Parton assures.  Even at home, Dolly attests “I had a lot of boys in my life,” around to give her first-hand experience.  “I loved boys, and I still do.”

In fact, Dolly frequently praises her father as her role model in business savvy.  Like Robert Lee Parton, she knows how to strike a good bargain for herself without leaving bad feelings on the other side.  Not surprisingly, Dolly Parton sees it as an asset that she “thinks like a man” but still knows how to be a woman in the most wonderful ways, especially from the heart.

While Dolly Parton feels contented that her first kiss came from the boy who wasn’t her first crush, a previous Country Music Alley story relates how a 13-year-old Parton finds herself “crushing hard” for the imposing figure of Johnny Cash on the Grand Ole Opry.  The young lady who soon won her own stardom less than a decade later with Porter Wagoner and even greater heights as a solo artist loved the movement and the magnetism of the “Man in Black.” At the time, the impressionable Parton was unaware that the mannerisms grew out of drug withdrawals.

Currently. Dolly Parton confesses to feeling a fan-girl flutter for The Tonight Show host, funnyman Jimmy Fallon.  “He’s just so funny,” Dolly affirms of his charm, much like her goddaughter, Miley Cyrus.  Understandably, it’s impossible for a schoolboy to contend with the likes of Johnny Cash and Jimmy Fallon.

In the case of Carl Dean, though, no casual flirtation or flighty decision lures Dolly Parton. This beau showed Dolly his full intention to last forever.  So far, it’s holding just fine.

Tied with heart and humor

“He drove me straight to his folks’ house,” Dolly Parton recalls of the first time she went anywhere with Dean.  Then and there, “he introduced me to his mother and daddy.  The legend of country music reiterates how “the minute he saw me” that the girl from Sevier County, Tennessee was “the one he wanted.”

Without question, what most appealed to Dolly Parton about her husband was how he looked into her eyes and listened to her stories of life.  To this day, listening to one another remains a lasting language of love for the two.

“He loves to hear about the things I do and I love to hear about the things he does,” the devoted wife insists.  Simply enjoying each other’s company and a good, home-cooked meal feels like heaven.  Kenny Rogers understood that the chemistry and undeniable connection between him and Dolly Parton was great for performing, but love lasting 50 years and beyond takes something different and deeper.

Keep Country Music Alley bookmarked as your go-to source for the latest and best news on the songs and stars in country music!