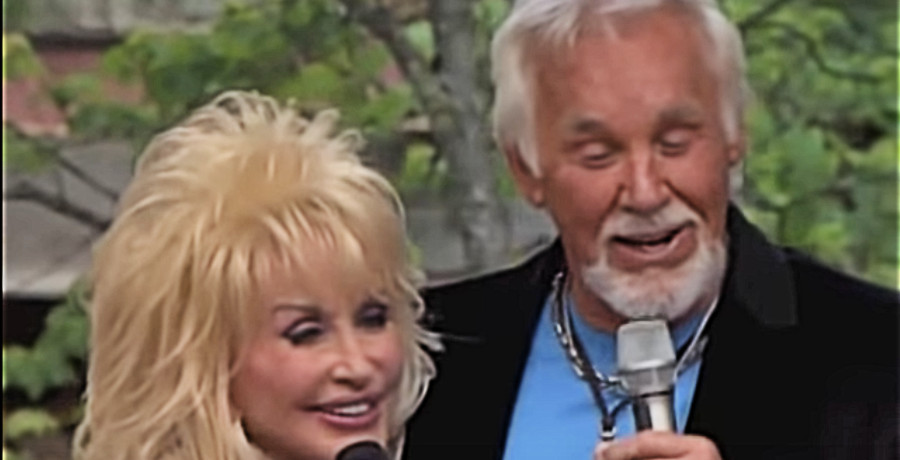 Any Dolly Parton fan knows how the Tennessee treasure and petite entertainment dynamo packs enough personality and sparkle to outshine any song partner without making them feel like second fiddle.  The pandemic hero and unparalleled songwriter rose to prominence before a national audience as half of a very noteworthy country music duet, but life behind the stage was anything but pleasant.

On the other hand, “Islands in the Stream” soared to the global music stratosphere across every genre like no other duet before.  Kenny Rogers and Dolly Parton became omnipresent on the world stage with the song written by Barry Gibb.  While the two superstars toured the world on the surge of the stupendous ballad, both were still at their peak as solo artists and forged a friendship to endure until Rogers’ passing at age 81 in March of 2020.

To mark her cherished collaborator’s retirement from the stage, Dolly Parton arranged a sendoff to remember in 2017.  Now, fans are privy to the night of stellar performances, as MSN per Billboard and Deadline note.  Fittingly, only Dolly Parton closes the evening for Kenny Rogers: All In For The Gambler. Among all the luminous performers taking the stage, only her heartfelt words and memories warm the evening almost as well as Kenny Rogers’s smile, and only her offering of “Islands in the Stream” serves as a crowning gem.

Big names and bigger songs shine for Dolly and Kenny

The Bridgestone Arena in Nashville filled and roared for the A-list roster of entertainers honoring Kenny Rogers.  Of course, “Lady” composer, Lionel Richie is there, performing the classic that transforms both their lives.  Chris Stapleton, Lady A, and Broadway’s Idina Menzel make selections to bring smiles to Dolly Parton, Kenny Rogers, and their faithful fans.  Last but never least, Reba McEntire and Little Big Town round out the chorus of stars on Kenny Rogers: All In For The Gambler, set to air September 23 on the Paramount Network and streaming on Paramount+.

Naturally, “The Gambler” features in the song lineup. Kenny Rogers’ duet with Sheena Easton, “We’ve Got Tonight,” also chimes in, along with the music icon’s most “countrified” hit, “Lucille.”  No tribute to Kenny Rogers is complete without “She Believes in Me” and the wistful “Through the Years” rings true, too.

Only as a tease, Dolly Parton feigns jealousy for Sheena Easton on her Time-Life anthology, during a visit from Kenny Rogers on her birthday for her Dolly! show.  In fact, the cohorts had much in common personally and creatively.  Like Dolly, Kenny Rogers dug his roots in a fusion of rock ‘n roll, folk, and Country in founding Kenny Rogers and The First Edition. “Ruby” ruled the 1968 charts and “Just Dropped In (To See What Condition My Condition Was In)” fits right in with the psychedelic era.  Dolly Parton never displays a problem with floating between pop and country moods.  She’s even recorded Led Zeppelin’s “Stairway to Heaven.” Nonetheless, Dolly Parton never loses her country heart or her devotion to “her people.”  She recalls every song that her mother sang “from the old country” in her youth.

In bonus footage from their Australian tour, Dolly and Kenny take the challenge of an on-the-spot songwriting contest.  Not surprisingly, Dolly wins, hands down.  As much as the colleagues had in common artistically, their shared demeanor was another plus.  Dolly Parton adored Kenny’s Texan humor, and he played off her flirtatious advances, even pertaining to her upper body assets!  Still, Parton speaks candidly about the possibility of going further with the relationship “if we had both been free.” Dolly steadfastly holds to her bond, now 55 years of wedded bliss, with her husband, Carl Dean.  Kenny didn’t want to mess up a good thing.

As it happens, Kenny Rogers’ fourth wife, Marianne Gordon, spoke last fall about the constant rumor that more than friendship fed the fire between her husband and Dolly Parton.  For her part, Marianne insists she never “felt uncomfortable” at all over Dolly Parton during the 16 years she spent as Mrs. Rogers, from 1977 to 1993.

As reported by Country Cast, Gordon trusted her husband completely in his affirmation that he liked Parton “as a friend” and had the good sense not to spoil a good thing on two fronts.  “We have a great thing onstage,” Rogers realized, “with all the flirting, and we’d lose it” he assures if things went farther.  The music man felt both the chemistry and the connection with Dolly Parton, and he left it beautifully in place.

The last duet Dolly Parton and Kenny Rogers recorded was “You Can’t Make Old Friends” in 2013.  The moving ballad echoes with everything unspeakable about bonds that endure in life, and the musical bond and the bond of friendship between these partners remains forever.

Which Dolly Parton or Kenny Rogers song sings to your heart?   Let us know in the comments below and visit Country Music Alley to stay up with the latest happenings in the country music world.

Jimmie Allen Puts The APB Out On ‘On My Way’ With Jennifer Lopez
Maren Morris’ Tour Bus Is Far From Humble
Kelly Clarkson Listens To Fans & Delivers — Here’s How
Keith Urban Relies On Marital Devotion For Sobriety?
Miranda Lambert Voted One Of Most Influential People 2022