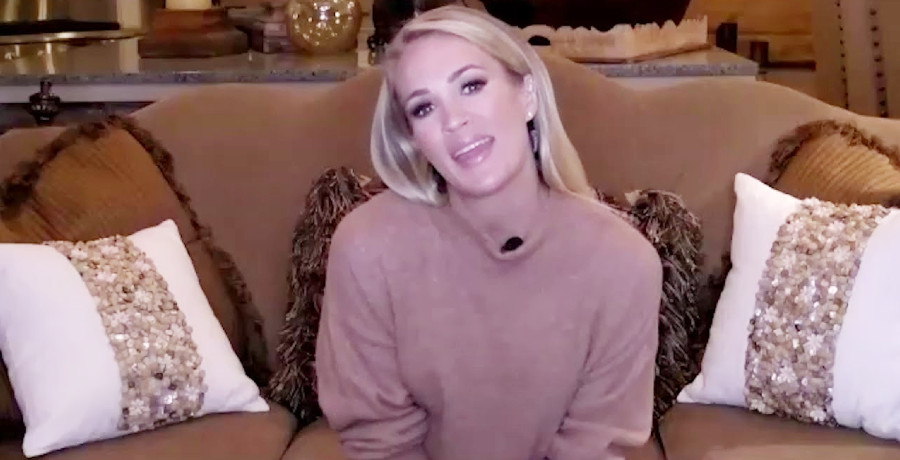 Carrie Underwood made a surprise appearance at Target. It’s hard to believe that the country superstar would go to the department store. But she has the photo to prove it. The 38-year-old singer was doing some Christmas shopping until she came across her album, My Gift.

In October 2020, Carrie released the album as a surprise to her fans. It contains covers of holiday songs and Christian hymns. My Gift inspired Carrie to record her first-ever gospel album, My Savior. Now, she’s revisiting her first-ever Christmas album to spread some holiday cheer.

Celebrates re-release of My Gift

On Saturday, November 6, Carrie Underwood made a Target run. She snapped a selfie of herself holding two copies of My Gift (Special Edition), which includes a new recording. My Gift (Special Edition) dropped on CD and streaming music services on September 2021. The blonde songstress also wore an American flag sweatshirt, which she paired with a black handbag.

“Stopped by @target to pick up the #MyGift (Special Edition) on limited-edition green vinyl!” Carrie Underwood captioned the Instagram post. “And while I was there…I picked up a couple of other things I’ve been meaning to grab! 😉🎁✨🙏”

Most fans loved the photo. They like how down-to-earth and approachable the singer is. Some were shocked that she gets to walk around Target without being hounded by fans or paparazzi. And then there were some fans who loved seeing Carrie’s patriotic spirit.

Cara Clark commented, “Aw I love this!!!” while Eve Overland added, “Yessss!!!” Jason Aldean’s wife, Brittany Aldean, simply commented with the “⭐️⭐️⭐️” emojis. One fan noticed that Carrie shouldn’t leave without an Elvis Presley album. They loved that her Christmas album was next to the King’s Classic Christmas Album.

Carrie Underwood has a special gift for fans

Since it’s the season of giving, Carrie Underwood has another special surprise in store for fans. She wants to continue to spread joy and faith throughout the year. She partnered up with Taste of Country for their $5,000 Amazon shopping spree. This is sure to brighten up someone’s holiday.

It’s easy to enter this contest. All country music fans need to do is interact with Taste of Country on social media. Simply following, sharing, liking, and commenting will give you enough entires to join the shopping spree. Fans can also play along and listen to the winners on the station app.

You should also listen to Carrie Underwood’s My Gift. It’s the perfect way to usher in the holiday seasoning. Some fans are already getting a jump start on the Christmas season. Why not get into the spirit with some joyous music?

What are your thoughts on Carrie’s trip to Target? Are you surprised to find that she shops there? Do you have her new Christmas album? Sound off below in the comments.

Jimmie Allen Puts The APB Out On ‘On My Way’ With Jennifer Lopez
Carrie Underwood Hearkens Back To Signature Style On New Tune
Kelly Clarkson Listens To Fans & Delivers — Here’s How
Miranda Lambert Voted One Of Most Influential People 2022
Blake Shelton Headlines 2 Major Events, See What