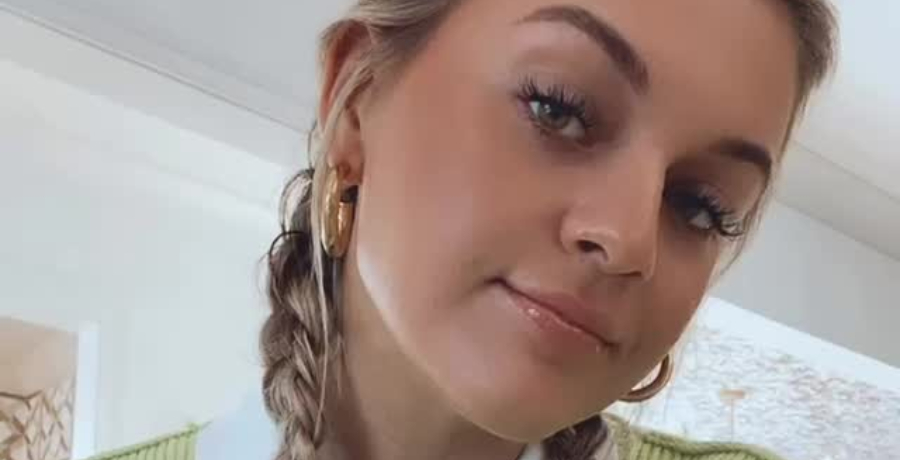 Kelsea Ballerini popped out her booty in a pink cut-out two-piece outfit. The country singer set hearts on fire when she posed in the hot new look late last month. Her new plaid ensemble got the attention of her fans and her friends. Kelsea loves to show off some of her flirty looks on Instagram.

It makes sense since she’s the latest Aerie ambassador. Most of the time she models outfits and loungewear from the popular young’s women brand. Kelsea recently hosted the 2022 CMT Awards from home after she tested positive for COVID-19. In the meantime, she’s posting photos of her favorite looks.

On Sunday, April 30, Kelsea Ballerini shocked fans when she shared two new photos of her “booty popping” outfit. Though she shared the post last month, it’s been making news this week. In the first slide, the “Half of My Hometown” singer poses in a pink plaid two-piece suit that features-cut outs on the back of the blazer and around the derriere.

Kelsea Ballerini made sure that her booty was on display. She stood tall and confidently in the unique outfit. If you look closely, you can see the cut-outs around her booty that feature a bejeweled trim. The blonde beauty finished off her look with a high ponytail and white strappy heeled sandals.

She made sure all the attention was on her butt. Swipe right and you’ll see another shot at her look. This time, Kelsea Ballerini shows off the cut-outs on her back and behind. She poses with her left hand on her hip. It’s clear that she can’t get enough of this look and neither can her fans.

Check out her full Instagram post for yourself here to see what everyone else is talking about. Or, you can view it in the tweet below.

“when i say yee,” Kelsea Ballerini captioned the post.

when i say yee pic.twitter.com/pMFthC9sbH

What do Kelsea Ballerini’s fans think?

Kelsea Ballerini’s fans also took to the comment section to share their thoughts. They agree that she looks stunning in the plaid suit and high ponytail. Others couldn’t stop talking about the outfit itself. It’s the back view that has them fanning themselves.

Other fans took notice of Kelsea’s caption. The saying is from Kacey Musgraves, who tried to hype up the crowd during her Coachella performance. What are your thoughts on Kelsea Ballerini’s hot look? Sound off below in the comment section.