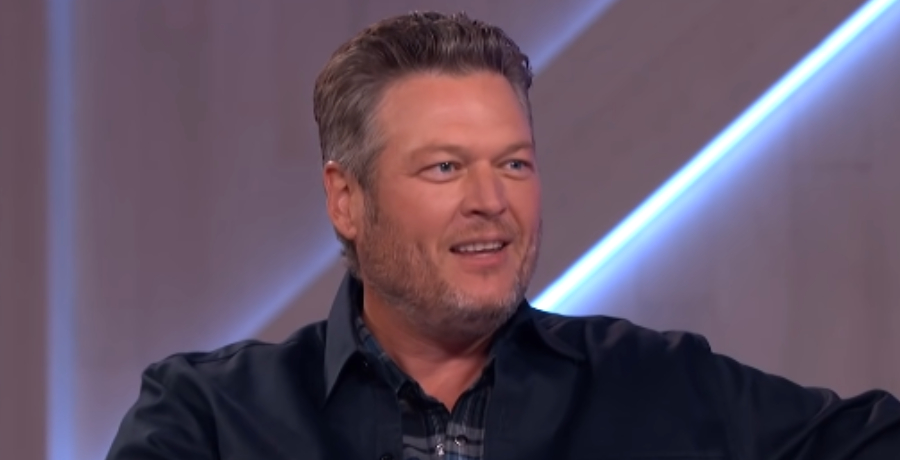 Blake Shelton revealed he got the best birthday surprise ever. The country superstar celebrated his 46th birthday on Saturday, June 18. He spent his day performing for thousands of fans for his headlining gig at the 2022 Country Summer Festival. As Country Music Alley previously reported, Blake and his wife Gwen Stefani took part in a romantic duet.

He probably didn’t expect to get a birthday party. For the musician, it was just another day at the office, with the office being his stage. Blake loves to perform for his fans and interact with them. It was even better when he sang with Gwen.

Little did he know what was hiding behind the curtain.

Gwen Stefani has a surprise for her husband

Blake Shelton thought he was only there to put on a show and then go back home. But, Gwen wanted to make sure that his day was a special one. She crashed the middle of his set and surprised him with a huge birthday cake. Blake put his hand on his chest as he was shocked by what happened.

He also let out his trademark laugh. Blake Shelton took the cake and held it up for the roaring crowd to see. Gwen also got the crowd to sing a rendition of “Happy Birthday” to their favorite singer. Even Blake’s band joined in on the fun. Some of them couldn’t stop laughing at the incredible surprise.

what a fun way to celebrate my man @blakeshelton b day weekend by hopping up on stage in #NORCO #California #DONTSPEAK #bootsinthepark gx https://t.co/JghGbZZFlF

“Thank y’all for all the birthday wishes this past weekend and for y’all who came out to party at Country Summer!!!” Blake Shelton shared the moment on Twitter on Monday, June 20. “What a damn time we had… also… I love you @gwenstefani!!!!”

Blake Shelton and Gwen had a lot to celebrate this weekend. Not only did they celebrate his birthday, but it was also Father’s Day the following on June 19. This was a special one for them as a married couple. Blake has stepped up in his role as a stepfather.

Thank y’all for all the birthday wishes this past weekend and for y’all who came out to party at Country Summer!!! What a damn time we had.. also.. I love you @gwenstefani!!!! pic.twitter.com/yNWCWC0Lwv

Blake Shelton and Gwen Stefani have a successful blended family. The No Doubt singer shares three kids — Kingston, 15, Zuma, 13, and Apollo, seven — with her ex-husband Gavin Rossdale. Their family has become so close that Gwen’s sons were the official witnesses when the couple got married in July 2021. Gwen even paid tribute to their new family with the finishing touches of her Vera Wang custom-made wedding gown.

happy father's day @blakeshelton
we all love u sooooo much god really gave me you for the ups and downs ❤️ gx pic.twitter.com/znenq6agXF

She included the names of her sons, as well as her name and Blake’s name on her veil. This Father’s Day, she took to social media to celebrate her husband’s love for her sons. She also credited him for helping her through the good times and the bad. Fans were touched by the sweet post.