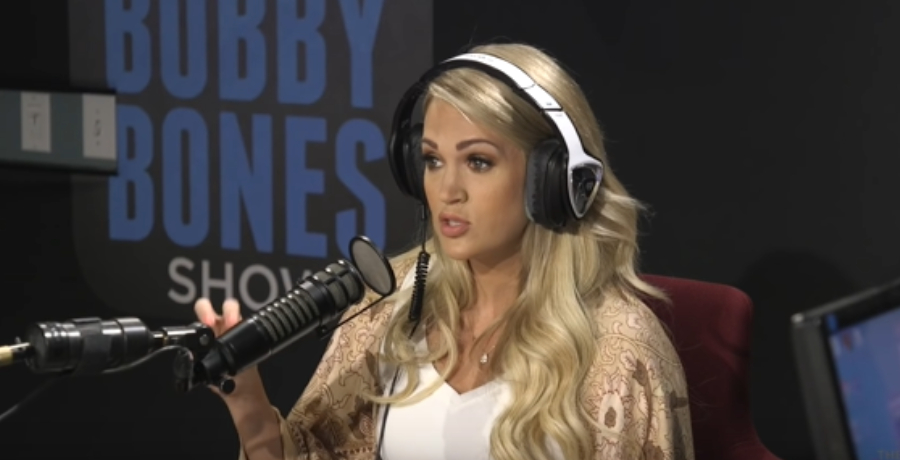 Carrie Underwood is continuing her hard rock cover campaign. Country Music Alley has been sharing all the details of her latest covers, which have fans rocking out lately. On the heels of the release of her latest album, Denim & Rhinestones, Carrie has been making some of her lifelong dreams come true. She’s been performing with some of the biggest rock stars.

Carrie took to the stage yet again in micro shorts, leather, and chains. She looked like a far cry from her angelic self who crooned gospel music just a year ago. Carrie is letting loose with her latest performances. Read on to learn more about one of her most recent collaborations.

On Tuesday, July 26, Carrie Underwood posted a new photo on Instagram. It features her wearing a black leather motorcycle jacket over a top that has black leather straps. She finished off her look with black denim micro shorts that feature chains dangling off them.

Carrie’s lean and mean legs were on display. The shorts left little to the imagination as she showed off her muscular thighs and calves. Her legs also glistened and glow in the professional snapshot, which you can view here for yourself.

Even Carrie’s microphone was decked out in rhinestones. It was a nod to her new album, Denim & Rhinestones. Carrie let out her inner bad girl as she got a little dirty on stage alongside Axl Rose. She’s still swooning about that moment when she performed with him.

Carrie Underwood looked nothing like her glamorous self. Her blonde hair was messy and in front of her face. She took charge of the mic as she sang along to one of her rock idols. The American Idol alum still can’t believe that she got to perform with him. She’s still talking about that moment to this day.

Peformed with Axl Rose in London

Carrie Underwood reminded her fans of “that one time I was a rock star.” She got to perform with Axl Rose in London. However, her famous friends beg to differ. They think Carrie always had a rockstar mentality.

Fans took to the comment section to share their thoughts. Some of them were swooning over Carrie’s look rather than her performance.

What are your thoughts on Carrie Underwood’s latest Instagram post? Do you agree that she’s always been a rock star? Do you think she should release an ’80s rock album? Sound off below in the comment section.