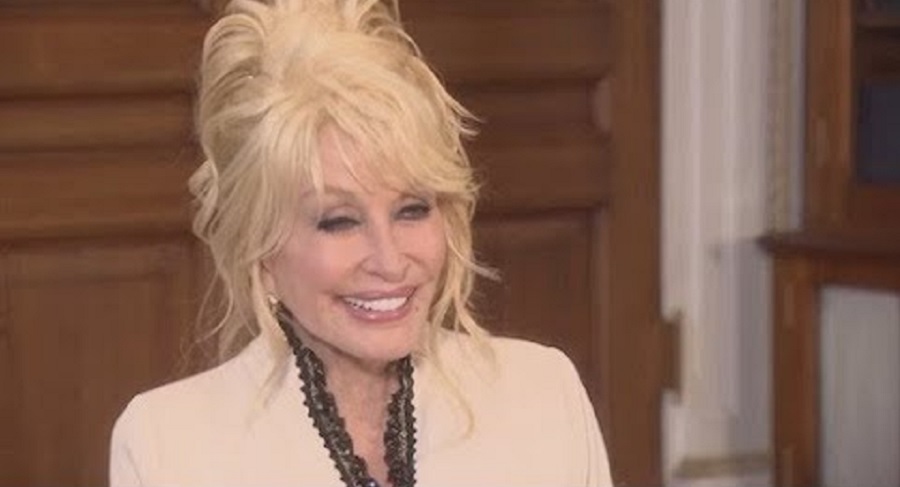 Without question, both as an artist and in her body of work, Dolly Parton transcends every musical category. Consistently, the country music marvel credits her sense of timing for her career success. For whatever reason, the Guinness World Record-honored performer as the most successful woman in music felt that she failed to “earn” induction into the Rock and Roll Hall of Fame in March. When the institution’s nominating members declined to remove her from the 2022 class, however, Dolly came to see things differently.

Beyond noting that the roots of rock ‘n roll lie in rhythm & blues and country music, the organization deemed Dolly Parton’s “humility” on equal par with her “brilliant talent” in its considerations. The Hard Candy Christmas singer arrived not only ready to rock with a new song fitting for her induction, but ready to embrace another milestone in her own storied history, as ABC News, Entertainment Weekly, and Today per MSN verify. Dolly had the Microsoft Theater rockin’ and the whole world was along for the ride, from LA to the Tennessee hills.

Clearly, by the time Dolly Parton took center stage for her honor, the music legend let go of all those past thoughts about “split votes” and not having enough “cred” for her rock ‘n roll recognition. Already, Country Music Alley detailed the spot-on, stunning wardrobe Parton picked for her big night.

Of course, if shimmering silver sparkle, red studs, and chains aren’t enough of a cheer to “all hail rock ‘n roll,” Dolly Parton had another surprise up her body-hugging sleeve. The Coat of Many Colors songwriter struck a new chord of appreciation and sound as she launched into Rockin,’ playfully declaring “if I’m gonna be in the Rock and Roll Hall Of Fame, I’m gonna have to earn it.”

After poking fun at her own former remarks, Dolly Parton struck a chord that resonated into the heart of even the hardest of heavy-metal hearts to set off her song. “And you thought I couldn’t rock!” the new inductee exclaims. The opening verse pays tender tribute to the greats of rock ‘n roll, with an infectious bass-driven engine.

“I grew up loving Elvis,” the new tune proclaims, further paying tribute to Little Richard and rock ‘n roll’s most flamboyant piano man, Jerry Lee Lewis, who was only lost last week. Naturally, every Dolly Parton song tugs at the heart, while making a statement, and Rockin’ is no different.

“I’ve been rockin’, rockin’,rockin’ since the day I was born/I’ll be rockin’ till the day that I die,” the chorus vows. Deeper into the lyrics, Dolly Parton reaches back to the admonition to not listen to rock ‘n roll, insisting “it’ll send you straight to hell.” The artist retorts that rock ‘n roll gave us a stairway to heaven. Without question, Dolly keeps life and faith in proper perspective.

Is Dolly Parton A ‘Duranie?’

The late 70s-80s reigns of Simon Le Bon, John Taylor, Nick Rhodes, and Roger Taylor as Duran Duran ensued well after those of Elvis and Little Richard, but their fan fervor was very similar. Apparently, Dolly Parton was so giddy with delight at being in the company of the British band that she forgot her manners for a quick moment.

Just as the Hungry Like Wolf hitmakers huddled for a talk with Access about their own worthy recognition, none other than Dolly Parton bursts in on the scene.

“I’m so excited to be here with all (of you)!” Parton gushes. Suddenly, though, the lady known for celebrating every person she meets realizes the unintended interruption. “Go ahead! I didn’t mean to horn in on you,” Dolly apologizes in her typical, warm manner.

The fellas who made Rio an indelible song of their era never took offense in the least. In fact, bassist, John Taylor insisted that Dolly Parton stayed for some memorable photos. Later, Simon Le Bon was one of the All-Star voices joining in for a finale of Jolene.

As it happens, the night of honor and celebration means even more to Duran Duran, in light of the breaking news of former founding guitarist, Andy Taylor‘s stage IV prostate cancer diagnosis. As Dolly Parton knows, the timing of everything in life comes for a reason.

Rocking With The Best

Like so many artists, Dolly Parton defines songs not by genre, but by quality. Her own timeless catalog stands the test of time, and countless critics and performers alike see Jolene as one of the most flawless songs of all time, from its theme to its unforgettable melody.

Not by coincidence, Pink, Brandi Carlile, Pat Benatar, Annie Lennox, Dave Stewart, and Judas Priest’s Rob Halford rounded out the group, with Zac Brown Band backing up for the night. Not a bad gig to snag, eh?

Oddly enough, in the early days of her career, no one had heard any voice like Dolly Parton’s.  As Country Music Alley detailed in a March 2021 feature, Monument Records owner, Fred Foster, felt that her high voice sounded “childish” and that she stood a better chance in rock ‘n roll.

Well, it turns out that Dolly Parton continues to defy categories and genres, creating hits across every chart. She took recruits for her upcoming rock album right from the stage at the Rock and Roll Hall of Fame!

To her credit, Dolly Parton created her own moving rendition of Led Zeppelin’s 1971 landmark, Stairway to Heaven on her Halo’s & Horns album. She even dared to give Crimson and Clover her own subtle touches, as well as John Lennon’s Imagine.

Now, the time is right for Dolly Parton to be a Rock and Roll Hall of Fame member. She’s already sung to fans through Rockin’ Years, and her rock album is bound to capture a whole new generation.

Keep up with the latest on Dolly Parton’s artistry and music with Country Music Alley.