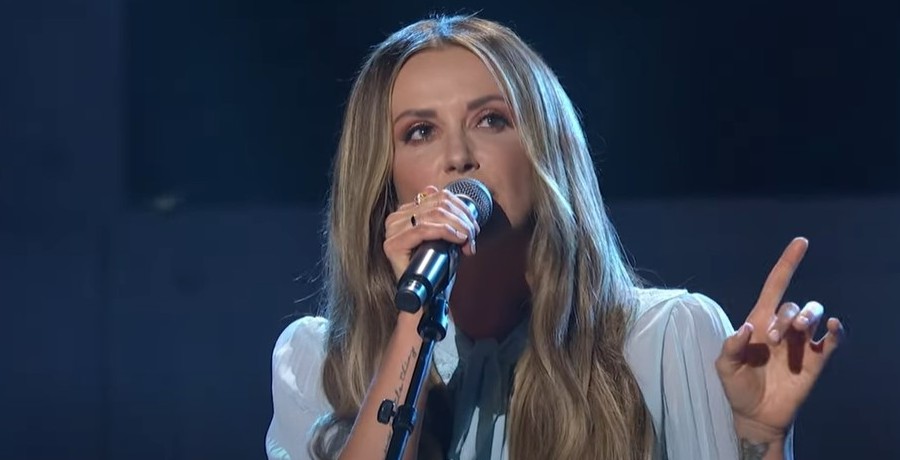 Abidingly, CMA Country Christmas remains “must-see” TV not just for firmly loyal country music fans, but for fans of great, familiar holiday classics of the season, and a few new renditions heard for the first time. In her sophomore outing as host of the beloved broadcast, Carly Pearce stood and shimmied in good company for the 2022 edition. First off, she and every featured artist had the backing of one smoking, diverse, and inclusive band. Clearly, every member loved every note of what they were playing, and the enthusiasm powered the passion to the stratosphere.

Once again, the roster of country music royalty on the bill for CMA Country Christmas was regal indeed, from Steven Curtis Chapman offering Precious Promise to Dan + Shay singing their breezy Holiday Party, just right for two. American Idol’s beloved country baritone, Scotty McCreery, showed that his pipes and smooth presence were perfectly primed for Holly Jolly Christmas. Even before singing one bluesy note, Maren Morris was hotter than anything in the fireplace in her red lace dress for Merry Christmas Baby, as Hollywood Life confirms. For her part, Carly Pearce varied her looks between red and white, closing the show with an appropriately spirited Man With The Bag.

In between the sexy vibe and the purely sentimental, though, Carly Pearce infused every juncture of CMA Country Christmas with what gives Christmas meaning– memories of family, faith, friends, and music. As usual, she wasn’t afraid to show her human and vulnerable side in the mix, such as her photo of herself in the “Frosty costume” reserved for the youngest cast members of her Dollywood show. She confessed that almost every night, someone lifted her off the floor. Nonetheless, all her tumbles made the perfect training for her climb to the top, with her humor and honesty intact.

In particular, three singular performances captured the spirit of a family Christmas on CMA Country Christmas for 2022, and Carly Pearce and company assured that anyone watching was welcome to take shoes off and settle in.

The War and Treaty capture the Christmas essence

To be sure, the husband-and-wife duo of Michael Trotter, Jr, and his wife, Tanya, are hardly new to wowing audiences with their heavenly harmonies. The Americana artists have been around since 2014, with their fan base across genres only growing. In her introduction of the first-time performers on CMA Country Christmas, Carly Pearce described the impromptu name for the duo.

One day, as Michael and Tanya argued over the name they wanted as performers, Tanya interjected, “This isn’t war, it’s music, so we need a treaty.” In a very real sense, the coming of Christ is God’s ultimate treaty of Peace and reconciliation to mankind. The opening refrains of O Holy Night reverberated with unique meaning in light of the partners’ true story. As Tanya joined her husband in the climactic, triumphant testament, shivers surely struck anyone in earshot. Undoubtedly, this was ministry in music.

Not at all by coincidence, bluegrass queen, Molly Tuttle, celebrates her honor of being the first Female Guitarist of the Year, per the International Bluegrass Music Association, by demonstrating the prowess that garnered the honor. Naturally, Kentucky girl, Carly Pearce, made herself comfy on the couches alongside Tuttle’s Golden Highway to sing her heart out. CMA Country Christmas caught the bluegrass flavor sweeter than grandma’s cornbread and molasses!

From a swingy It’s Beginning To Look A Lot Like Christmas and continuing with Let It Snow, Molly and Carly traded synchronized vocals to a tee, topping off with Winter Wonderland and the cherished Christmastime’s A-Comin.’ No other segment of the CMA Country Christmas night felt more like home.

Throughout the highlights of Christmas joy, Carly Pearce showcased family moments from her past, as well as those of her guests. The Never Wanted To Be That Girl artist related how her memories with other artists, such as Old Dominion, seemed like family from their early days. Per a Yahoo News feature, she stressed how women are “good at presenting the kind of shows that allow you [to see] deeper into [performers’] lives as people.”

Just as she did during her Dear Miss Loretta offering during her CMA Awards performance, Pearce extolled “MeeMaw” and recalled the “very complicated” Christmas cakes that she and her mother famously concocted in the kitchen– complete with photographs.

Understandably, the daughter shared a moving tribute to her own parents before launching into the showstopping final number, including a dance with Santa Claus. She proclaimed how her mom and dad “have always supported my dreams.”

Apparently, Carly Pearce is gaining a foothold in the same ground as Trisha Yearwood, Jennifer Nettles, and Reba McEntire when it comes to returning hosts for CMA Country Christmas.   The family feeling is mutual.

Keep up with Carly Pearce and all your favorites in country music with Country Music Alley.