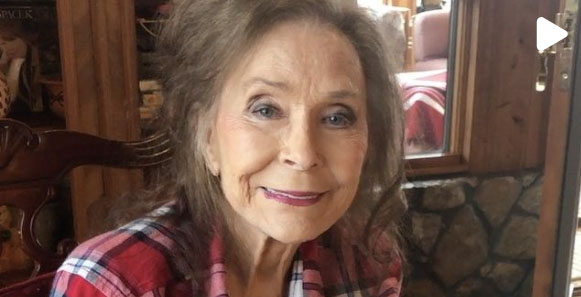 From the first note to the last of Wednesday’s CMA Awards this week, Loretta Lynn smiled down on every moment of the festivities. The passing of the First Lady of Country Music came not unexpectedly on October 4, yet still stunned the country music world and all of the music industry as a whole.

The country music industry demonstrates again and again that no other genre compares when it comes to celebrating its milestones, newcomers, and history. Unanimously, sisters in song, Carrie Underwood, Reba McEntire, and Miranda Lambert joined as one, to honor Loretta Lynn in the heart-tugging opener. Each luminous lady shimmered and shined in her own style, and from wardrobe to the heart-wrenching words from their hearts, each gesture spoke to Loretta Lynn, beyond just her legendary songs.

No kind of a Loretta Lynn copy from Carrie Underwood

Country Music Alley delved into the special relationship shared between the Still Woman Enough songwriting legend and the Hate My Heart superstar, starting with a smack on her rear end from Loretta Lynn as their first encounter!  Evidently, Loretta Lynn always had a talent for sparking a long friendship with many new talents in country music with an unforgettable gesture. Unquestionably, she also had a divine knack for speaking unvarnished truth on any life subject, including her own life.

Of course, it’s never proper to copy a pure original, so Carrie Underwood delivered her own passion and pizzazz into her song and her silhouette in the “Christmas tree”-shaped style Loretta Lynn made famous with layers of lace. For Carrie’s performance, she belted out You Ain’t Woman Enough (to Take My Man) with conviction to equal her mentor and friend, but in subtle shades of lime green to pastel purple in her shimmery princess gown, as Fox News per MSN confirms. Noticeably, the Oklahoma-born American Idol champion never tries to mimic Loretta Lynn’s unmistakable, beloved Kentucky pronunciations. Instead, Carrie conveys a powerhouse performance in pure love.

As it happens, Reba McEntire hails from Oklahoma, too. The Whoever’s In New England singer opted to show her Loretta Lynn love in a loving cowgirl fashion nod.  As People per MSN relates, McEntire resurrected her pantsuit ensemble from her 1995 tour for the Loretta Lynn trio performance.

The emerald-green fringe along the lapels of the shirt stirs memories of the young Loretta Lynn in fringed apparel for publicity photos taken from home by her beloved Doolittle. Just like the singer, the suit and matching boots hardly give away the years. At 67, Reba McEntire sounds as vibrant as ever on You’re Looking At Country. Reba takes another page as a performer from Loretta’s playbook-both ladies took to the road relentlessly to offer their fans memorable shows. Even shortly before her passing, Loretta looked for “pickers” to play on the road with her. Live or otherwise, decades of more music lie ahead for Reba.

You know I love a #throwbackthursday!!! Sandi Spika designed this fringed green western suit for my 1995 tour and we pulled it out of the archives for last night’s #cmaawards #lorettalynn tribute! pic.twitter.com/XrxK9qZoC5

Every moment is personal between Miranda Lambert and Loretta Lynn

Miranda Lambert gave Don’t Come Home A-Drinkin’ (With Lovin’ On Your Mind) the full force of her characteristic vigor and sass.  When it comes to Loretta Lynn, however, every moment shared is “forever burned into my heart,” as People per MSN reports.

“It’s kind of intimidating to hang out with your hero all day,” the 39-year-old Geraldine artist admits, but Lambert concludes that “she made me feel just like an old friend.”

Usually, old friends share lots of time together. Miranda Lambert isn’t just celebrating her husband’s birthday salute to his bride. She treasures “every time she [Loretta Lynn] held my hand and signed my guitar and told me about a memory.” Sometimes, sage advice came for each of the stellar ladies singing Coal Miner’s Daughter in complete love to close their CMA Awards homage. Loretta Lynn’s life was a testament in faith and fortitude beyond the country music stage.

Surprisingly, the most poignant reflection in honor of Loretta Lynn belonged to an artist who never met the country legend. “I ain’t ever met ya,” Carly Pearce concedes in Dear Miss Loretta in the opening lyrics. Nonetheless, Pearce demonstrates both her hold and her heritage to the same uncompromising truth that permeates every Loretta Lynn song.

Backed by Bluegrass giants Ricky Skaggs and Sonya Isaacs, Carly Pearce rightly attests “I’m not a coal miner’s daughter, but my grandmother was,” before pondering how Lynn made love last. The closing verses declare how the hurting of a widow and an ex-wife are not so different. One is just more eternal.

“Now I know why you sing that way,” the chorus ends. That is the lesson that blesses every Loretta Lynn listener, from first-timers to by-heart devotees. So long as there are words, chords, and broken hearts, it endures.

Keep up with all the CMA Award winners and your country music favorites with Country Music Alley.