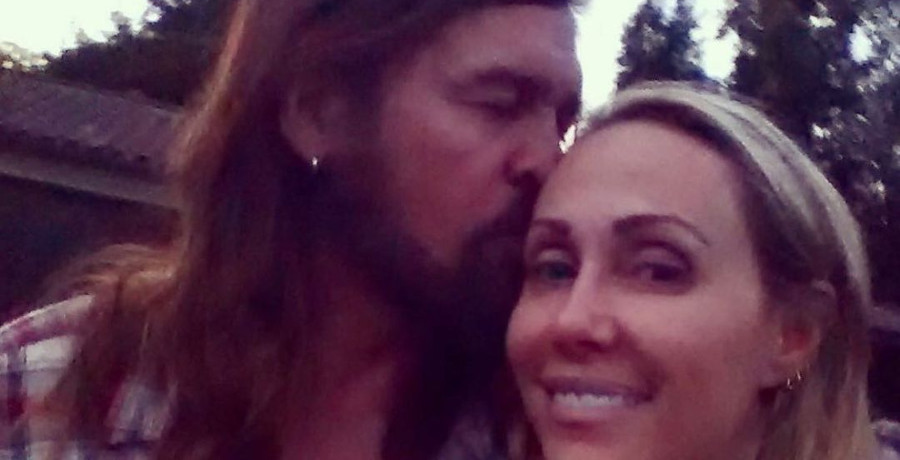 This morning, November 19, might not be noted as Billy Ray Cyrus Day on every calendar hanging on kitchen walls. But the one-man music sensation from hip-hop megahits to country music chart-toppers (with a smattering of every other genre in between) was certainly celebrated on Today.  From his latest song to recalling fond memories, from beginning to end, Billy Ray Cyrus was the gracious guest of honor.

Hoda & Jenna are known for opening their hour of Today with a favorite song.  This morning, it was none other than the song that built the career of Billy Ray Cyrus, “Achy Breaky Heart.”  No one within a thousand-mile radius of any radio station in 1992 could escape the infectious chorus of the crossover classic.  The song took 1993 Grammy honors as Record of the Year.  The artist got more than his share of ridicule in the decades since for promoting the mullet.  Nobody ever wore “business in the front, party in the back” better than Billy Ray Cyrus.  The singer, songwriter, and actor also proved his head for business and his heart for genuine values.

It took 10 years of tough trekking to finally earn Billy Ray Cyrus the attention he deserved in the country music world, and his money wasn’t wasted.  He established a rural Tennessee estate where his family still lives from the earnings of “Achy Breaky Heart.” The country music heartthrob branched out into acting and producing as well as putting down roots for his big and talented family with Leticia “Tish” Cyrus.  The family genes run strong in the clan, and both parents encourage their kids’ diversity in all realms of creativity.  Miley Cyrus praises that her feelings for her mom approach “worship” in the best sense.

A song everyone knows

Billy Ray Cyrus has gone with the “all-long” look when it comes to his hair for quite a while now, but he’s still accumulating awards and great reviews for his new music from his EP, The Singin’ Hills Sessions: Mojave.  Jenna Bush Hager ran out of breath before she could list all the awards hauled from Billy Ray Cyrus’ collaboration with Lil Nas X, “Old Town Road.” The fun fusion song did more than dominate the charts for 14 weeks at #1.  It became a cultural phenomenon that spoke across generations.

Ladies of a certain age remember the adoration for “Achy Breaky Heart” and JennaBush Hager reminded Billy Ray Cyrus that “I can’t remember what I had for lunch, but I remember “Achy Breaky Heart.” The co-host didn’t forget to mention that her daughter knows every word and every move of “Old Town Road,” too.  Jenna and Hoda Kotb weren’t alone in being fans of the singer.

The original TV Wonder Woman, Lynda Carter, and her daughter, Jessica Altman, joined Today to talk about their second act in life together—singing.

Lynda Carter has been a known singing talent for years, taking cabaret tours often.  Jessica was a successful attorney before deciding that singing was her true passion in life.  The two share kismet harmonies that only come in families.

When Hoda asked the mother and daughter if they had a song they loved singing around the house, Lynda said that they had been singing “Achy Breaky Heart” this morning because Billy Ray Cyrus was going to be a guest.  Just for fun, the screen split.  Billy Ray Cyrus and the TV icon and her daughter did a 20-second duet of the chorus.  “You are wonderful!” Carter complimented Cyrus.  “Billy Ray Cyrus and us on tour—2021,” she projected.  “Let’s do it!” the crossover crooner replied.

Dolly Parton is another special person to Billy Ray Cyrus and his family.  She has known Billy from very early in his career and held Miley when she was “a little baby.”  It was Billy Ray who insisted that Parton be his daughter’s godmother.  Miley and Dolly have a deep and unshakable bond, even sharing many of the same fans.

After Dolly Parton popped into let Billy Ray know how much she loved singing with him on A Holly Dolly Christmas, naturally getting a plug-in for her brand-new Christmas collection, Billy Ray Cyrus spoke of what made the song, “Christmas Where We Are” so special.  “It’s the first song about being together and being safe in the pandemic. It’s about how you can stay close and care,” even while not physically together, Cyrus praised.  He credited Dolly’s songwriting gift and said that the two of them singing together always sounds great.” Considering the current situation, the warm and toasty themes of the song make it a classic.

Every Today follower knows how Jenna Bush Hager adores her stories and memories with her beloved “Gampy,” the 41st US President.  Billy Ray Cyrus brought up a beautiful personal memory that even the former first daughter didn’t know about.

The former president had a lovely habit of writing heartfelt notes to just about every person he encountered.  Billy Ray Cyrus received one of those notes after his first CMA Award.  The message read that “The judges got it right. We love it,” Billy Ray detailed.  Cyrus assured the Bush granddaughter that “it hangs on my wall to this day– it’s really a prized possession.”

Jenna Bush Hager is prone to tears when anything tender comes up.  The famous tissue box did not come down for the host, but her eyes welled up as she heard the singer speak.

“Just getting a letter from him meant that I didn’t live in my car after 10 years of failure.”  He is most proud that his dream of making the album, Some Gave All, as his tribute to veterans.  “Achy Breaky Heart” was a last-minute call on the album.  Vietnam veteran Don Von Tress wrote the song, sealing its place on the album.

.@billyraycyrus treated us to a special performance of his song “Good at Goodbyes” 🎸 pic.twitter.com/UdhVpuP2k7

Billy Ray topped of his Today visit with the song “Good At Goodbyes.” No one will be saying goodbye to this dad, artist, and good decision-maker anytime soon.