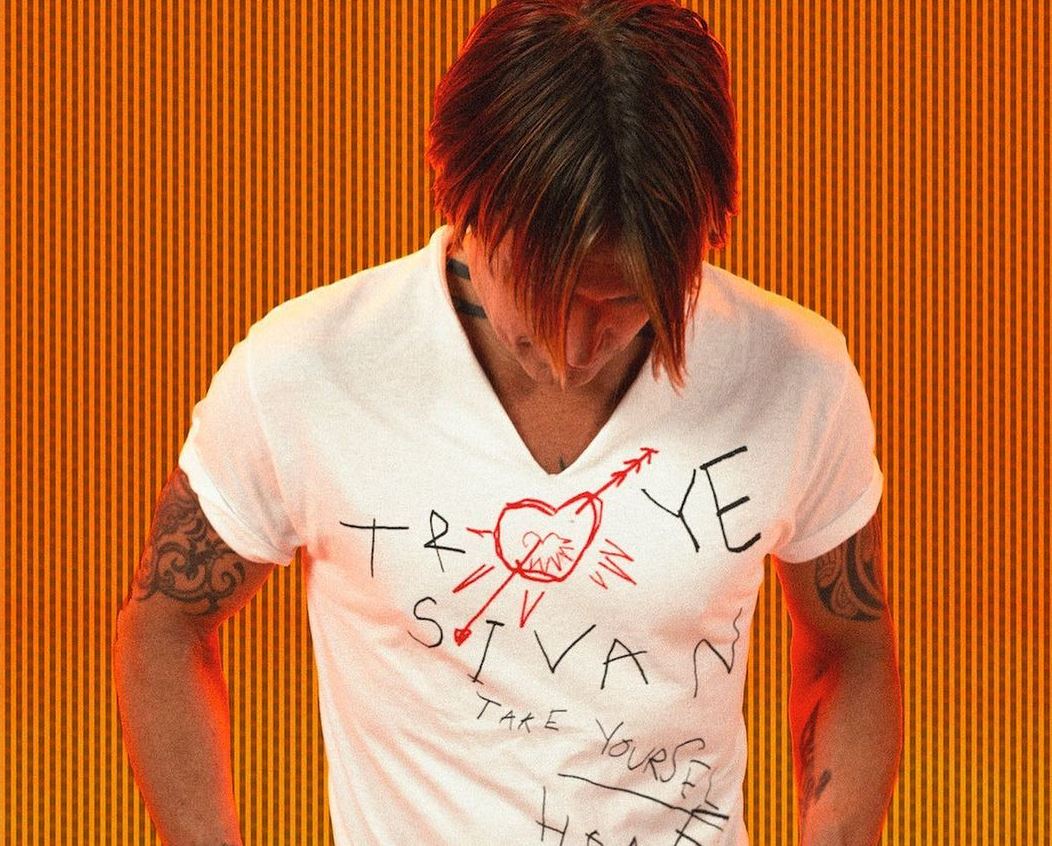 Keith Urban earned his way to all his country music success.  The superstar artist and guitar shredder generally has a lot more to say about his next project, an upcoming performance, or a tour in the works over his personal life. He and his bride of nearly 15 years, Nicole Kidman, are never shy about showing their love as they have the best time of all at every country music awards celebration.  Apart from the red carpet, though, the couple is steadfastly private about their home life. The loving parents staunchly protect their daughters, 12 and 9.  They want the girls to have every experience of growing up authentically.

Christmas is the time for counting blessings, however, and looking back on the best moments and the trials in life that all become part of the journey to where you are. At 53, the “kid from Brissy,” as Keith Urban calls himself, has lived through enough highs and lows to have quite a list of.

Keith Urban was clearly caught up in a reflective mood during a visit on the Storme Warren podcast on SiriusXM, as CMT News noted  The “I’ll Be Your Santa Tonight” singer not only came up with a list, not necessarily ranked in order.  The most surprising thing about the compilation is that only six life events make the list For Keith Urban.  Gotta give it to the man for brevity!

Make it short, sweet, and super-important for Keith Urban

Unlike his musical compadre, Tim McGraw, Keith Urban didn’t have any Christmas tree-trimming photos to share.  The last time the “Highway Don’t Care” singing partners teamed up together was in support of songstress Mickey Guyton in her history-making ACM Awards performance in September.  Tim introduced Mickey, and Keith played both friend and fine piano accompanist on “What Are You Gonna Tell Her?”

Besides being the same age, and being the same age as their spouses, Keith Urban and Tim McGraw share priorities in the family.  Keith puts “Meeting and marrying Nic” together as one at the top of this list.  “Having children” comes second, followed by the deeply personal hard-won milestone of “Getting sober.”

The other milestones in the list are all professionally related. At number four, Keith Urban places “Being accepted in Nashville,” relating that “that was it for me” as far as his future in country music.  Keith came along long before Darius Rucker or Lil Nas X join the ranks in the country music roster.  His superb talents and never-quit ethics and attitude kept him plugging.

The final two moments that make Keith Urban’s highlight list take the musician from plugging to career plateaus.  In fifth place, he puts his 2005 CMA honors as Male Vocalist and Entertainer of the Year, and for sixth place, taking the same honor in 2018.  “I’m speechless about that,” Urban comments.

Nicole Kidman gives Keith Urban gold as a husband and father, like her own

Keith Urban convinced himself that he had no shot at all with Nicole Kidman after meeting the Oscar-winning actress at the G’Day USA gala in 2005.  She gave him her number, but the “Who Wouldn’t Wanna Be Me” hitmaker knew he wasn’t in a healthy place in life.  He waited four months to call and Nicole answered.  The two talked and talked, and the conversation was “effortless.” Urban described that it was as if the two had grown up “side-by-side.”

Keith Urban confesses “I wanted to be that guy” who he sang about, “but I wasn’t.”  The gradual transition to becoming that man began “after I met Nic.”

As confirmed by startsat60, Nicole Kidman posted a moving birthday tribute to her late father, Anthony, who would have turned 82 this year. The psychologist and Director of Health Psychology at North Shore Hospital was stricken with a heart attack and died in 2014.  Kidman candidly discussed being consumed with grief to the degree that she literally “couldn’t move.” Keith Urban was ready to go on stage, but immediately halted his performances and flew six hours to her side.  He literally picked her up from the floor and carried her.  Keith Urban was stalwart at his wife’s side through months of bereavement. He proved beyond all doubt that he was the husband and father worthy of honor.

“Papa, today would have been your 82nd birthday,” wrote the star of The Undoing and The Prom in her post. “We miss you each and every day.”  She further described her father’s heart for helping people, including those who could not afford to pay.  Kidman also adds photos, including one of her parents holding either a newborn Sunday Rose, now 12, or Faith, 9, with beaming smiles.

At the start of the pandemic, Keith Urban admits to giving in to despair.  He confided to a good friend, feeling depressed over all that he couldn’t do.   Instead of sympathizing, the confidant countered with “Well, what can you do?”

The abrupt shuffle in perspective set the famously buoyant musician on a new path.  Much of the tone and feel in The Speed of Now Pt 1, released by Keith Urban in June, is the result of that truthful pep talk.

No one can accuse Keith Urban of not staying musically active.  The always-amiable Aussie has done slews of shows on social media.  Nicole has another job now, as her hubby’s guitar tech and enthusiastic backup dancer.

It remains unclear exactly when the virus will be sufficiently at bay to let concerts begin again.  Keith Urban is all set for Australia in December 2021, and he knows he’ll have Pink as his duet partner for “One Too Many.”  The powerhouse singer of “Just Like a Pill” has already put together a special performance of their duet that will go on all of the prospective 11 dates.

Hopefully, fans get vaccines and scream for live Keith Urban energy onstage by next Christmas season.