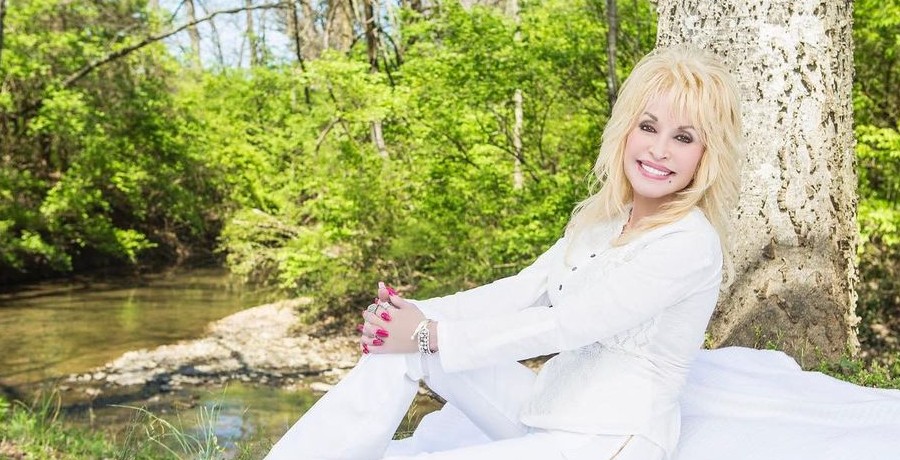 By her own estimation, Dolly Parton has written between 3000-4000 songs.  The powerhouse performer and prolific songwriter has also generously given songs to special friends in need of “that special song” at crucial times.  Only recently, Dolly Parton gets the surprise of a lifetime, when a stash of songs was discovered in her home.

From her veritable catalog of country classics to pop, bluegrass, and American roots treasures, it’s no wonder why Dolly Parton fans think there’s no song written that the legend doesn’t know.  As it turns out, though, Dolly wasn’t all that familiar with Mariah Carey’s omnipresent Christmas tune, as she explained in a Cover Media feature per MSN.  Thanks to an invitation from her old friend, Jimmy Fallon, Dolly Parton seized the inspiration to write the Christmas album of the season, and fill it with many lovely duets.

“All I Want for Christmas Is You” has become a Christmas standard.  The song is hardly new, co-written and co-produced by Mariah Carey and Walter Afanasieff in 1994 for Carey’s fourth album and first Christmas album, Merry Christmas.   The song instantly surged on radio playlists and critics deemed it among the “few worthy additions to the holiday canon.”  Dolly Parton had definitely heard the song, which just celebrated a new streaming record this season, but she wasn’t confident enough to sing it to her high standards.

Jimmy Fallon thought that a duet of the Mariah Carey song would sound even more divine if he and Dolly Parton gave it their own playful romantic treatment.  “I didn’t know it good enough to sing it, and I didn’t want to mess it up,” Dolly Parton confessed.  “So of course I said no, and it really bothered me.”

When it came time to create the songs for A Holly Dolly Christmas, Dolly Parton openly confessed that creating holiday favorites to stand the test of time was the greatest challenge the songwriter had never confronted.   Dolly didn’t have any worries about who to ask when she had done her homework on “All I Want for Christmas Is You.”

It’s a close connection for Jimmy Fallon and Dolly Parton

Late-night viewers and country music fans alike love when Dolly Parton drops by The Tonight Show to chat with Jimmy Fallon.  No one ever knows the subjects that will come up, or the antics that will ensue between the regular friends.  Dolly was supposed to be talking about her Netflix film, Dumplin, with Jimmy around Christmas time two years ago.  When the subject of Jennifer Aniston came up, devoted wife, Parton, shares a little too much about her hubby’s dreams featuring the former Friends star.

Let’s just say that Jimmy ended up on the floor from laughter and surprise.  The host gushed with gratitude over “how wonderful you are to everyone” from crewmembers to himself.  Jimmy returns the playful exchanges.  He’s tried on Dolly Parton wigs live on the air.

Great friends think alike, and Dolly Parton and Jimmy Fallon were like two contented bugs in a rug on their rendition of “All I want for Christmas Is You.” Jimmy assures Dolly that “I kinda like mushy and romantic,” before their complimentary “Whoo-hoos” back-and-forth lead into Fallon proclaiming “I love you, Dolly. Always have, always will.”  Dolly Parton is on point– never missing a beat, a note, or a single moment with her shining spirit.

No one minds double doses of Dolly

Dolly Parton had more than a nibble from the duet bug after she had so much fun with Jimmy Fallon.  “Maybe I’ll get all these other guys to sing with me,” Parton thought after the fun pairing. The singer declares that it was “one of those perfect storms” of creativity. It was a family affair between Dolly, Billy Ray Cyrus, and her goddaughter, Miley Cyrus, for “Christmas Where We Are” and “Christmas Is,” one of the most heartfelt tracks on the album.  Family comes first again on “You Are My Christmas” with Dolly singing with baby brother, Randy Parton.

Michael Buble brings Dolly Parton back to romance on her original, “Cuddle Up and Cozy Down,” rounding out the duets with sweet holiday coos between the singers.  Parton says that she “probably won’t do” another Christmas album.  The reception for A Holly Dolly Christmas could certainly cause her to change her mind.

The CBS television special of the same name has had two airings this season.  The first was on December 6 and the second was on December 23.  A repeat broadcast only reminds Dolly fans of the genuine emotion and inspiration in her music.

Songteller: My Life in Lyrics likely found its way under the Christmas tree of more than a few Dolly Parton fans. Parton probes into 150 of her songs and relives the history of special moments through the chronicle.  Packed with pictures, it is a gem of a coffee table keeper.  For anyone wanting to relate to Dolly as a fan, She Came By It Natural: Dolly Parton and the Women Who Lived Her Songs by Sarah Smarsh rings with the authenticity of a fan and the expertise of a scholar in economic inequality. Smarsh shares the same roots as the songwriter and knows that the struggles remain the same for many.

Above all, Dolly Parton doubled-down on hope and goodness in 2020.  Her donations toward the Moderna vaccine and the work at Vanderbilt University Medical Center may result in sparing millions of lives through the pandemic.  At the same time, the music legend celebrated 25 years of her Imagination Library.  The pages of books that become a beloved part of a child’s day make much more of a deep impression if they are mailed to the child every month.  150 million books have made millions of child readers.  Parents profited in literacy, too. “The Book Lady” continues to make her daddy proud.

In songs, books, films, and her life story, there is no such thing as too much Dolly Parton.  Her talent and giving make any day like Christmas.