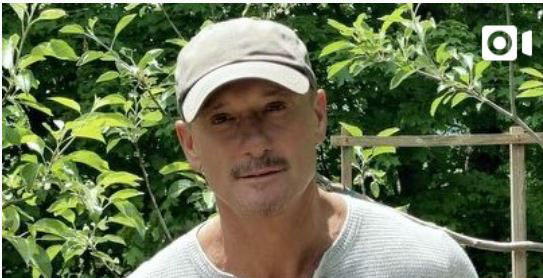 Back in 1999, Tim McGraw released a landmark album, A Place in the Sun. The Country megastar is already established as stellar artist, built for future generations.  His fifth studio collection contained the unforgettable “Please Remember Me,”  “Something Like That” and “My Best Friend.” The effort earns him the CMA Award for Album of the Year.  “My Best Friend” and “Please Remember Me” land Grammy nominations in consecutive years.  Among these lauded songs, there is another “deep cut” that many fans cherish, and it fits perfectly with the prayers Tim McGraw offers up for his home city, Nashville.

“Somebody Must Be Prayin’ For Me” is another track on A Place in the Sun that stays on repeat for countless Tim McGraw fans.  The song chronicles the life of a young woman, striking out to fulfill her Hollywood dreams.  As she encounters one hitch in her journey after another, she starts to realize that Divine Providence is giving her all she needs, not whimsical wants.

“Trying to find words…” Tim McGraw began his social media message, as MSN per Southern Living reports.  “But this is a rough one.”  Nashville is more than just Music City to Tim McGraw and Faith Hill– it is home.  Like most country music stars, their homes are outside the city limits, but their heartbeats felt every terror of those on Second Avenue. This radiates through in the business district, and the apartment buildings where striving Country performers live.

Tim McGraw didn’t neglect his gratitude for the first responders, whose actions spared lives “on Christmas morning in one of our toughest years.” As devastating as the property damage is for miles, it is a miracle that only the bomber became a casualty.

“We are bruised but not broken. Praying for my city and hopeful that we will find the strength to rise once again with the dawning of a New Year,” Tim McGraw closes his caption, complete with a soundtrack of “Nashville Without You.”  Already, the country music world is strategizing and summoning forces for ways to rebuild the district in Nashville.  Camping World has already donated $500,000 toward the cause, according to Taste of Country. There’s no doubt that Tim McGraw’s name and talent will join the roster of stars reaching out.  Because so many of the impacted businesses are small, sole proprietor operations, insurance claims likely can’t cover full losses.

Grateful for the first responders who spent Christmas morning on one of our toughest years ensuring that no lives were lost.  We are bruised, but not broken.  Praying for my city and hopeful that we will find the strength to rise once again with the dawning of a New Year.

Police tipped off about the bomber by his girlfriend

News reports from the Washington Post and multiple other sources today, (December 30) reveal that police visited the home of the bomber, Anthony Quinn Warner, on August 21, 2019. A woman who identified herself as the 63-year-old’s girlfriend told officers that he was “building bombs in the RV at his residence.”

Police documents disclose that further investigation was not possible because Warner failed to respond after multiple knocks on the door. Raymond Throckmorton, an attorney for the couple, alerted police at the time that Warner “frequently” talked about bomb-making and the military.  The lawyer also felt Warner was “capable of making a bomb.”  A background check was clear for Warner and a Defense Department Inquiry was also “negative” for any indicators.  Like so many who love and live in Nashville, Tim McGraw wishes those officers had peeked into that RV.

The only blessing in the senseless disaster is that it happened early on a quiet Christmas Day morning.  Most Nashville residents snuggled with loved ones.  A man with perversions about 5G technology detonated a device that tore through buildings and livelihoods, but he did not take life beyond his own.  Tim McGraw was right-on in declaring “It’s been a year.”  “Carry On” is another classic from A Place in the Sun.  The “Humble and Kind” superstar and his loving family will set their focus on rebuilding from the rubble and carrying on stronger than before.

Like the myriad of other country music greats who have continued making music through the pandemic, Tim McGraw has seen his city through tornadoes last year, floods a few years back, and now a misguided bomb attack.  Nothing stifles the Music City spirit.

Notably, fans say the same about the Christmas spirit of the McGraw-Hill clan.  Before sharing his soul on the Christmas Day events, Tim McGraw shared a photo of his simmering “secret recipe” sauce for his Christmas Eve meatballs.  His only problem was wanting “to dip bread in there” the dad-chef confessed.

Dang it's hard not to dip some bread in there…..I did#MerryChristmas pic.twitter.com/raY5qXq88U

Another sweet image was a place setting marked “Dad” with a smiley face at the family table.  The only caption from Tim McGraw was “Yum.” These precious images aren’t very different from those posted by millions of families.  There will be work to do to repair the destruction. Still, Christmas remains an eternal reminder of grace, hope, and redemption. Nothing can erase the golden memories between a family in faith. Nashville holds tight to the same faith.